Dow craters 800 points as panic trading continues across the globe. Here is what you need to know as records are being broken in many world markets, plus a bold prediction about where the unfolding crisis is headed.

This Crisis Will Be Worse Than 2008
August 14 (King World News) – Peter Schiff:  “The financial industry and media have not been this clueless about the U.S. economy, and what’s waiting around the corner, since the months leading up to the 2008 financial crisis. The only difference between then and now is that the coming economic crisis will be far worse!”

THE TINDERBOX THAT IS EUROPE: “Another QE Could Blow It Up” 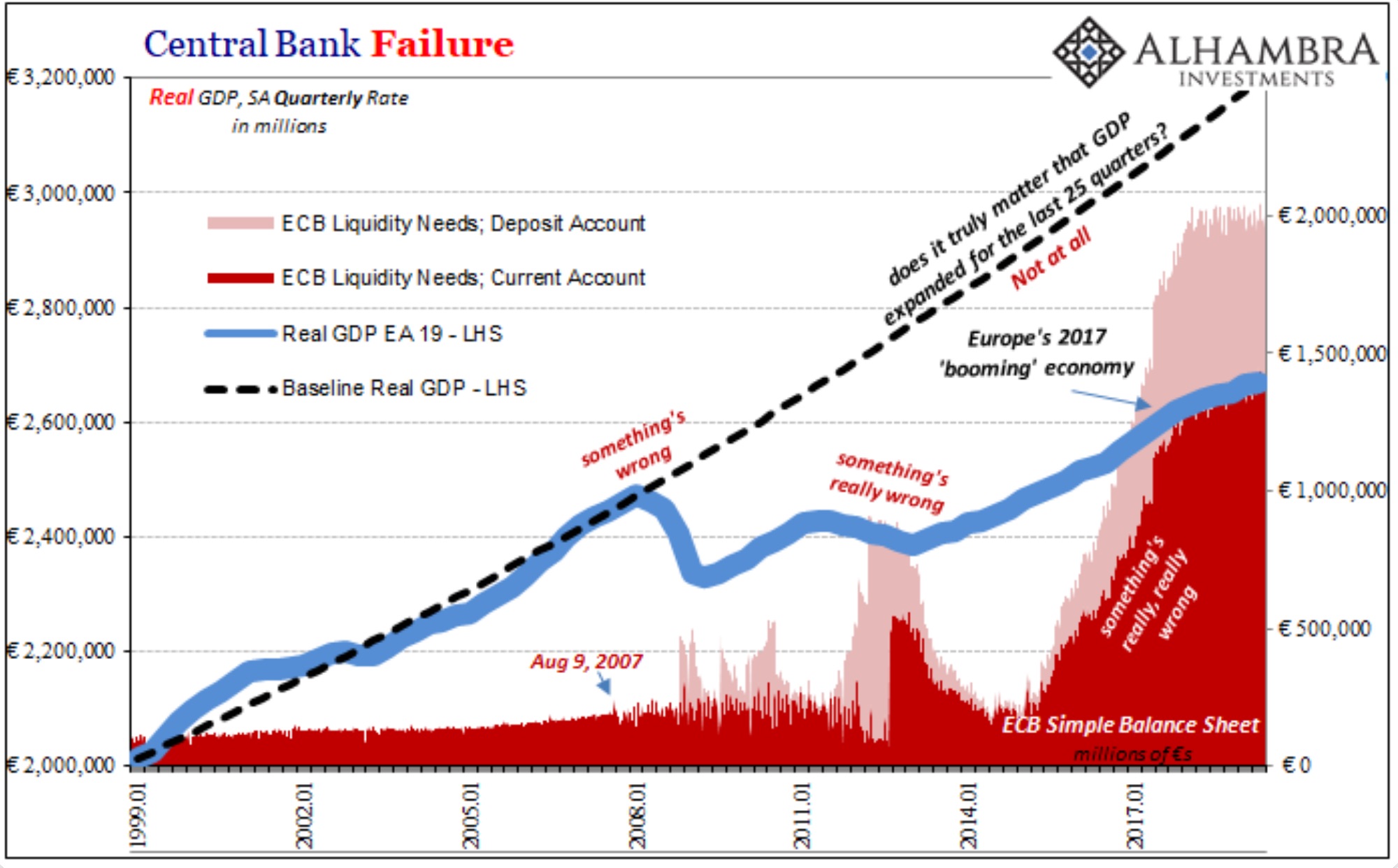 To Reiterate…
Jeff Snider at Alhambra Partners:  “With Germany on the verge of recession, if not already in one. To reiterate: the German bond market has been right about the German economy, so the US bond market…(see below).

German Bond Market Has Been Right About Its Economy, So The US Bond Market 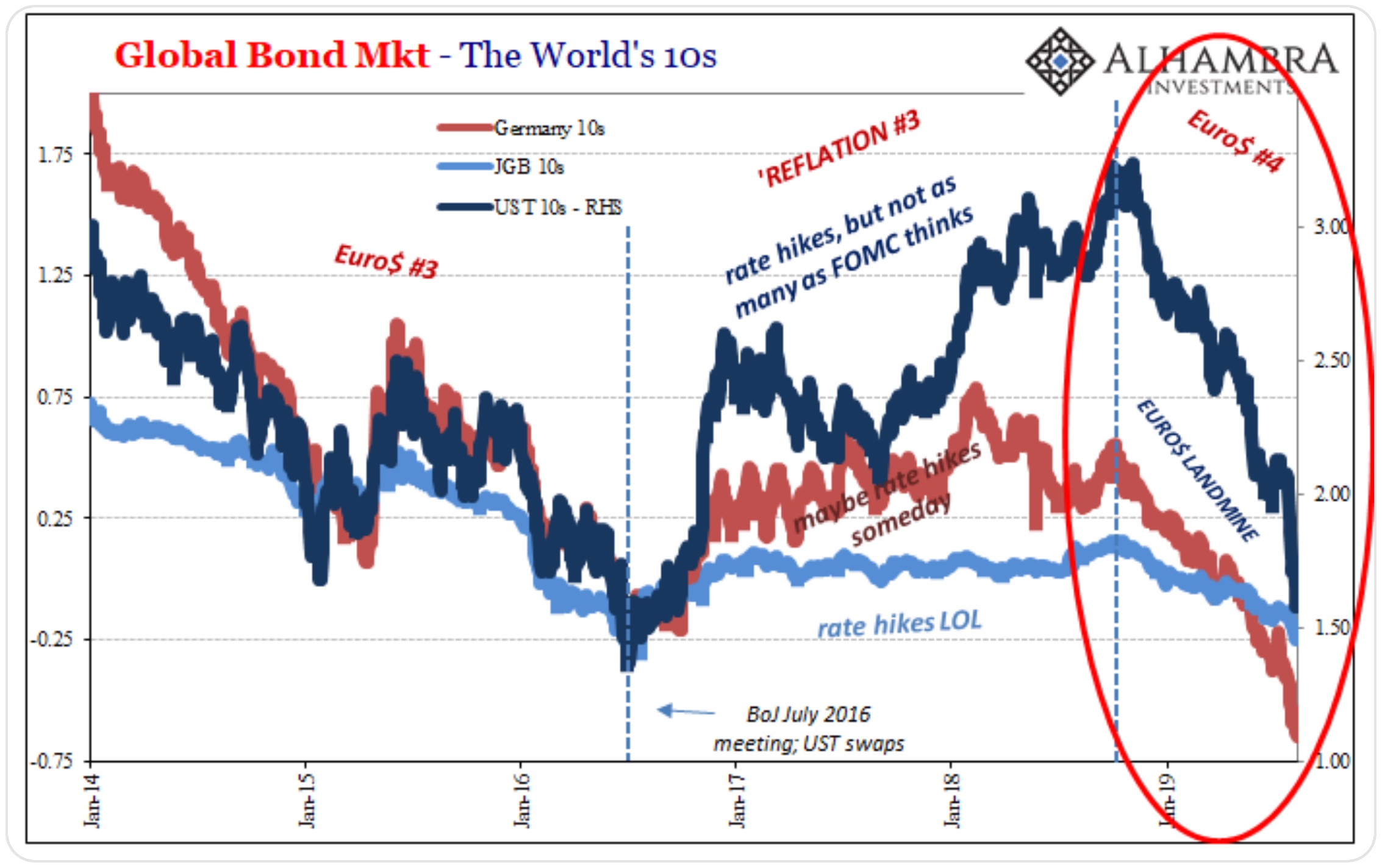 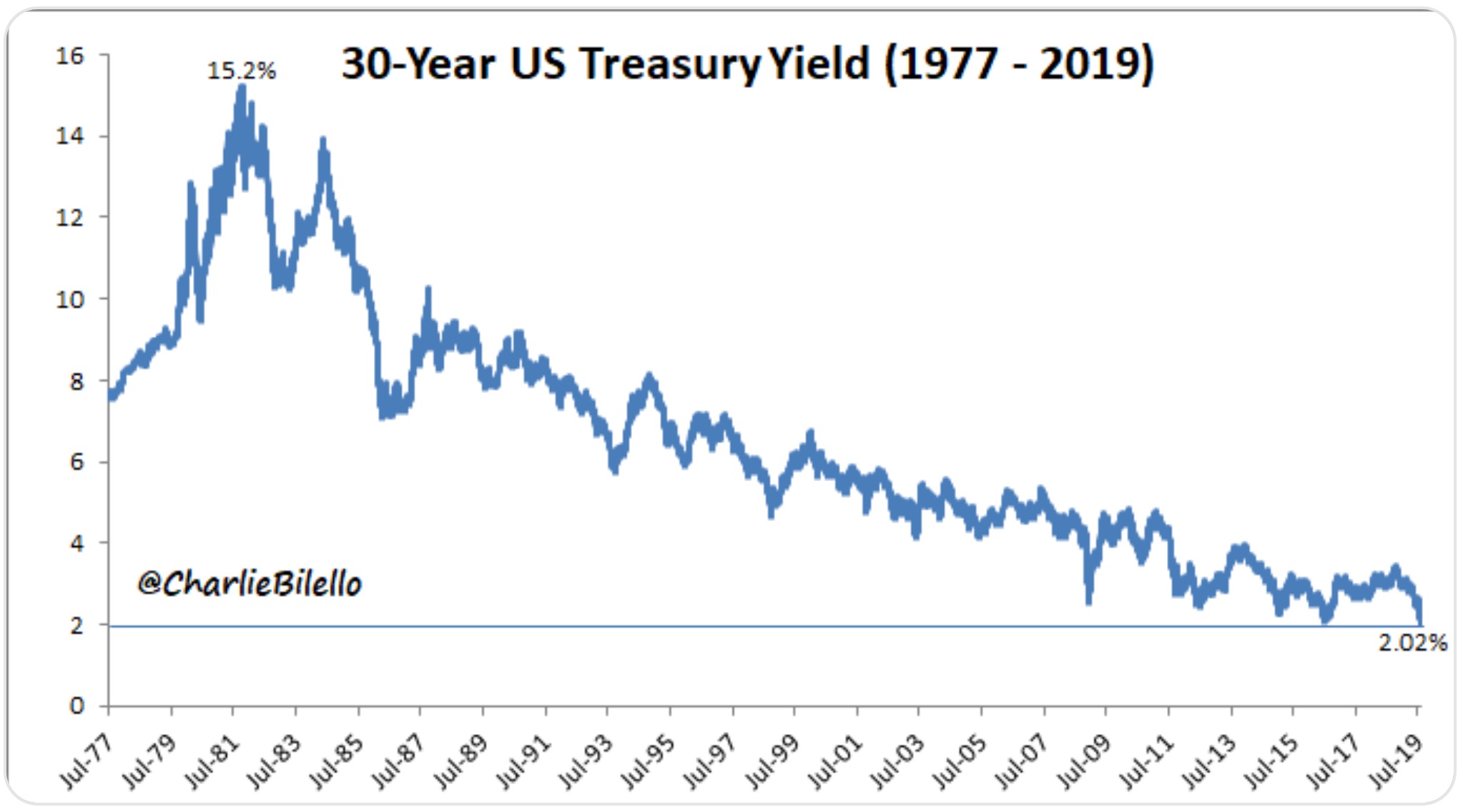 US Yields To Go Negative?
Albert Edwards, Former Global Strategist at Societe Generale:  “What’s the big deal with the US 10y bond rally? It’s just catching up with the global PMI. The big move is from here is not to +1% but to minus 1%. (See below).

Edwards Predicts US 10-Year Yield Is Headed To Negative 1%! 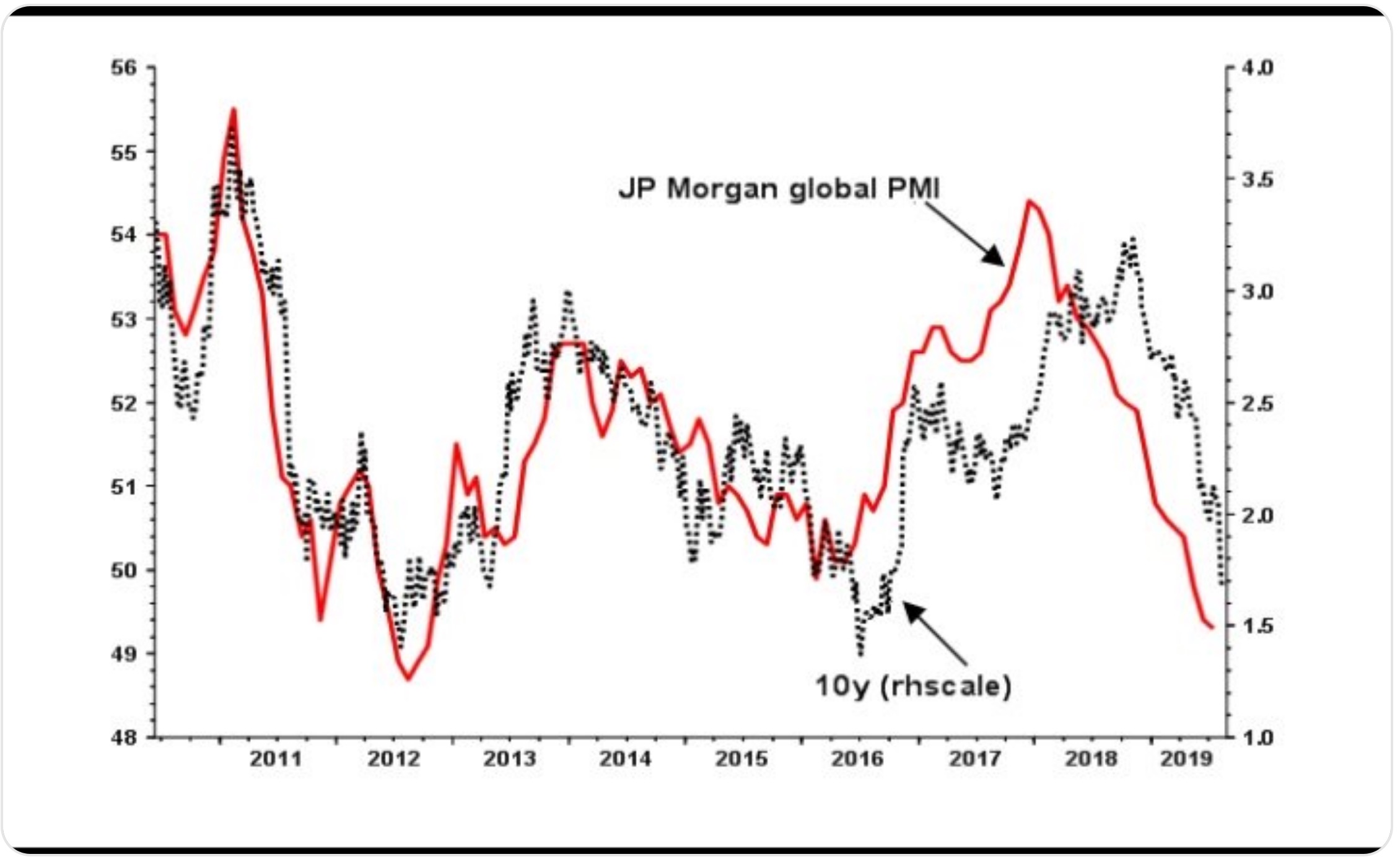 Record Panic
Jason Goepfert at SentimenTrader:  “According to the Investment Company Institute, itchy traders pulled more than $21 billion out of equity ETFs last week. That’s the most since…well, ever.”…

Fasten Your Seatbelts
Holger Zschaepitz:  “Fasten your seat belts! EuroStoxx Banks Index has dropped below critical threshold of 80. (See below). 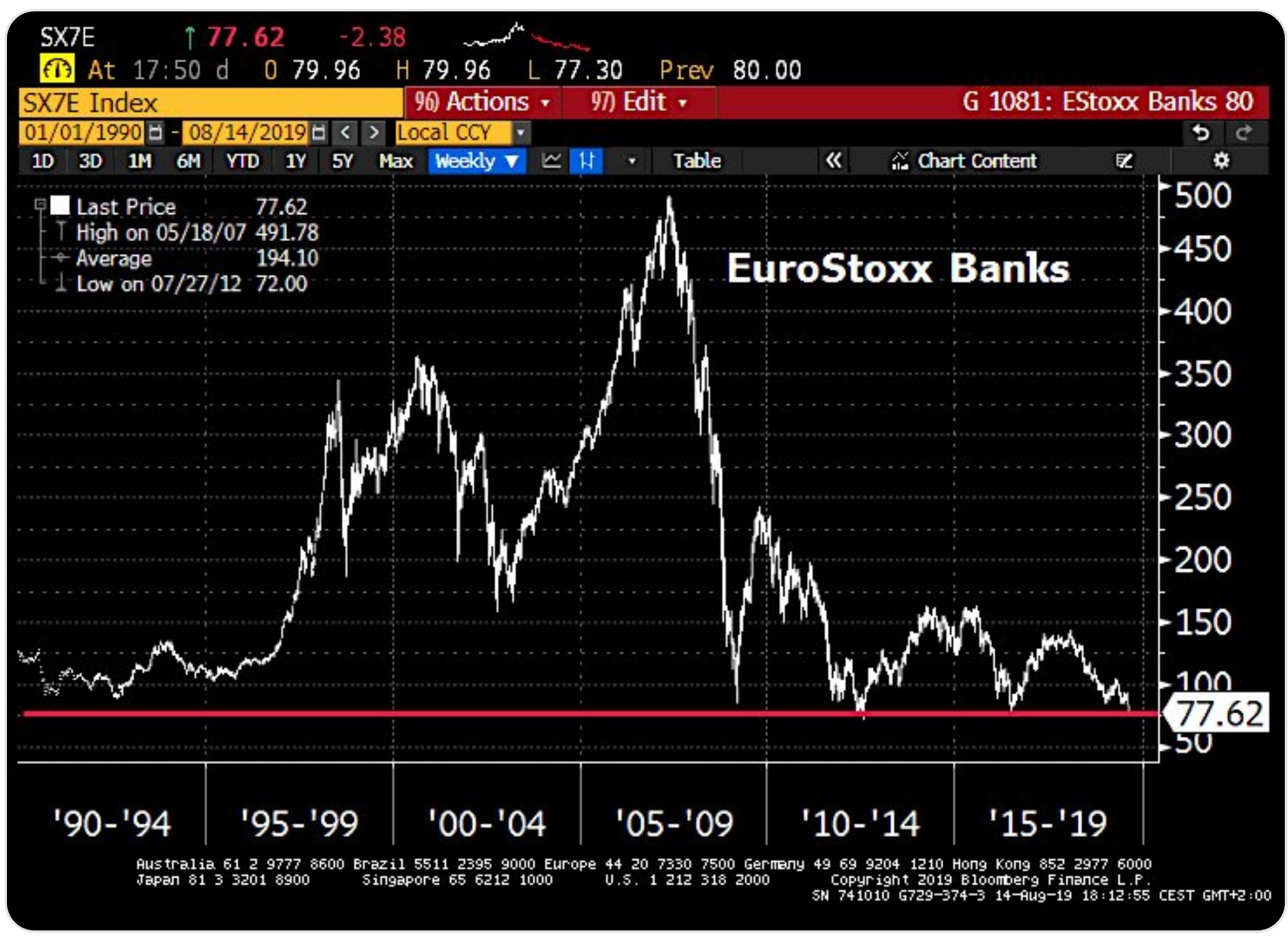 “There’s Something Bigger At Work Here,” Inflation Warning, Plus An Important Look At Gold & Silver CLICK HERE TO READ

Gold Surges $25 And Silver Soars 3% As Global Panic Continues, Plus The Most Important Red Line Of Any Chart In History CLICK HERE TO READ

A Historic Day For Markets! Plus Treasuries & Gold Remain The Flight To Safety CLICK HERE TO READ