Chronological Age vs Functional Age – How Old Are You, Really?

Many people would agree that we benefit from the increased experience that comes with age. However, with each passing year, the aging of the body creates its own difficulties—the inevitable aches, strains, and pains of bones, joints, and muscles, not to mention changes in appearance.

These changes are intimately linked with the passage of time. We may be able to alter the clock by setting it forward or backward an hour depending on the season, but we can’t change our biological clock. No one has figured out how to alter the pace-setter cells that mysteriously link the body’s aging with the number of times the earth revolves around the sun.

Researchers into the aging process find their job made far more difficult by this age-time conundrum. Are the changes we think are due to aging actually due to social and historical changes? Consider aging within the Baby Boom generation vs. aging within Gen X: The Boomers had few of the benefits of improved social attitudes toward healthy eating and fitness characteristic of the younger generation as it approaches midlife. The Boomers also lived through a different historical period that affected their social and political attitudes differently.

We can’t pluck people out of their own generation and watch them grow older in a different one, so we’ll never know how much any individual, much less an entire cohort, shows changes intrinsic to aging separate from those related to cultural factors.

Most of us don't fret much about limitations on research into aging, but we should. Most of what we read about it in the popular press ignores the possibility that cultural shifts rather than true age-related changes accounts for a study’s findings. Do people actually become less well able to remember as they get older? Or is it only that today's older generation had poorer education when they were young and so never acquired the same learning skills as their younger counterparts have? Even if we follow the same people throughout the life cycle, we don’t know whether they change as a result of aging or as a result of the historical era in which they live.

Clearly, then, we need a way to separate age from time. Such a feat would have tremendous potential benefits for health: What if you didn’t have to lose your physical prowess and health as you got older? If you could slow down the biological time bomb counting down within your body, imagine how much better you would feel.

For decades, scientists who study aging have proposed swapping what they call functional age for chronological age as a way out of the age-time quandary. We’ve also thought about asking people to tell us how old they “feel,” or their subjective age. (The latter was an intriguing idea, but not especially scientific or reliable. Say you’re 28 but are coming down with the flu, so you feel like you’re 48. When you get together with your high school pals, though, you feel like you're 18. For a measure of age to perform as an adequate substitute, it would have to provide a mood- and illness-resistant estimate.)

A biological measure of functional age would seem to have more credibility, but it’s not very practical. Taking all the measurements that you’d need to estimate someone’s true functional biological age would be an expensive, time-consuming process of measuring such obvious factors as blood pressure, heart rate, muscle mass, lung expiratory volume, kidney excretion rates, just for starters. You would also need to put people on a treadmill and get their heart and lungs to crank out their maximum capacity—known as “aerobic power.” This would still not be a complete measure of functional age, but with an average decline of 1% per year after the age of 30 for the ordinary (sedentary) person, you’d have some sort of quantitative index that isn’t completely mixed up with historical era.

Norwegian medical researchers may finally have cracked the code. In a 24-year follow-up study of 37,000 adults, Bjarne M. Nes and colleagues used a measure of cardiorespiratory fitness based not on exercise capacity as measured by aerobic power but on the far simpler method of asking people a series of questions, including their age, Body Mass Index (BMI), resting heart rate, and answers to these 3 questions: 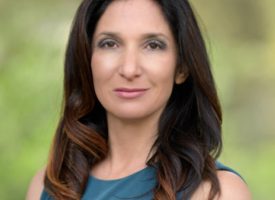