As Dow futures soar, here is an important update on the gold and silver markets.

Gold & Silver
April 17 (King World News) – Ole Hansen, Head of Commodity Strategy at Saxo Bank:  Gold has rallied strongly following the dash-for-cash sell off last month. The latest move above $1700/oz, to a seven-year high, was driven by the US Federal Reserve’s pre-Easter announcement of another $2.3 trillion bailout. The latest program designed to keep capital flowing amid the COVID-19 pandemic together with the already announced yield curve control will continue to support lower real yields, currently at -0.56%. Especially if the result of all the current central bank initiatives eventually begin to translate into higher inflation. 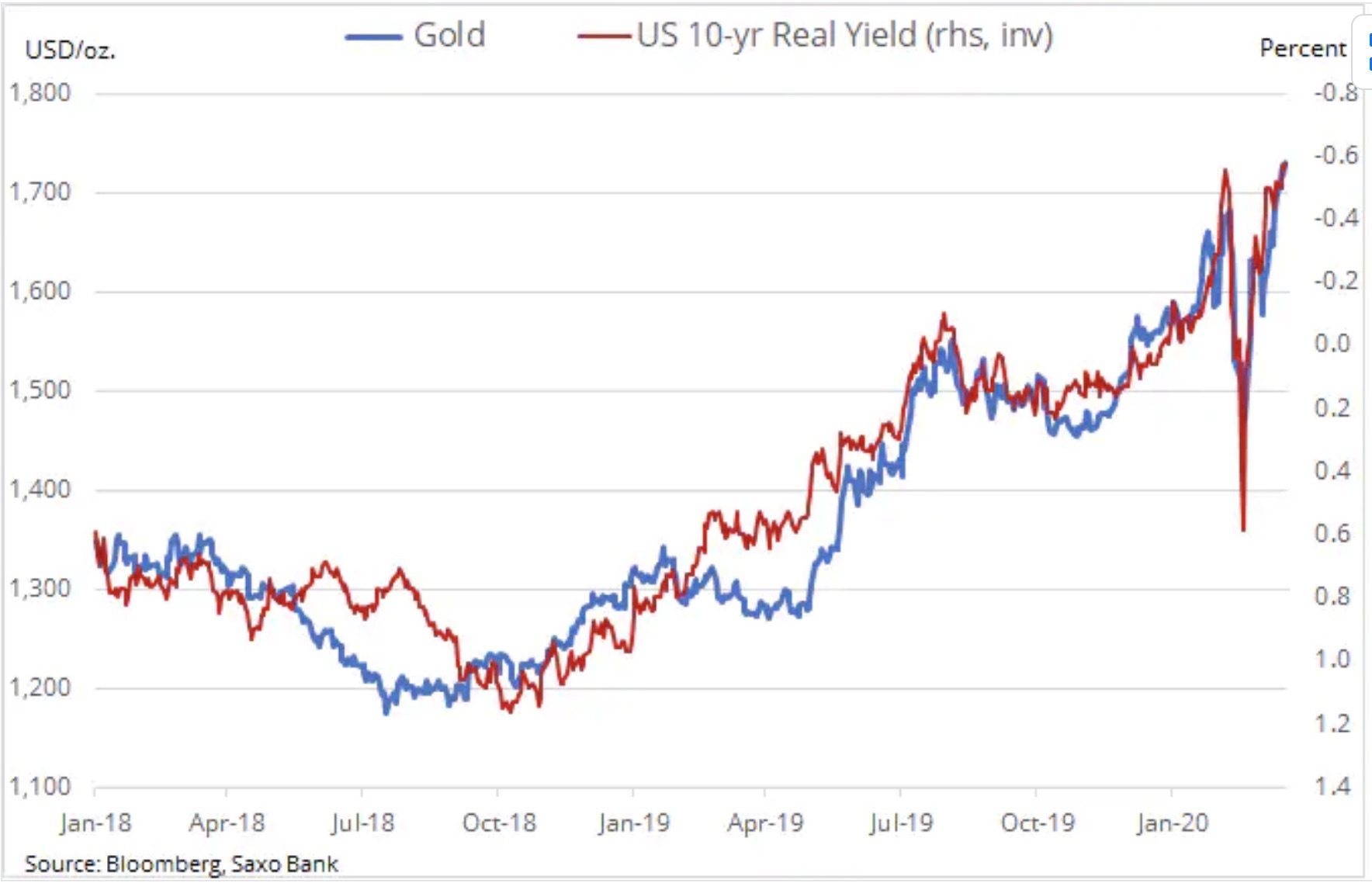 On that basis investors, especially through exchange-traded funds, have continued to increase exposure to gold. Despite having seen the rally pause above $1700/oz the demand for gold through ETF’s have continued with total holdings reaching a record 2922 tons, up some 345 tons so far in 2020.

Outlook For Silver
Silver meanwhile has following the March collapse recovered strongly towards key resistance at $16/oz. The improved sentiment has been supported by gold’s renewed rally and the recovery among industrial metals. While the global economy is heading into a recession – see note below – with lower demand and rising inventories several metals, such as copper, have found support from coronavirus related supply disruptions…

The March collapse triggered a surge in demand for silver-backed ETF’s with total holdings haven risen by 10% during the past month to reach a fresh record at 20,730 tons. The Gold-Silver ratio has come down to 111 (ounces of silver to one ounce of gold), lower than the +125 record reached last month, but well above the five-year average below 80. In order for silver to continue to narrow its gap to gold the yellow metal needs to rally further, not least due our belief that industrial metals may struggle to recover further, at least in the short term.

Silver ETF Holdings Have Risen 10% In The Past Month 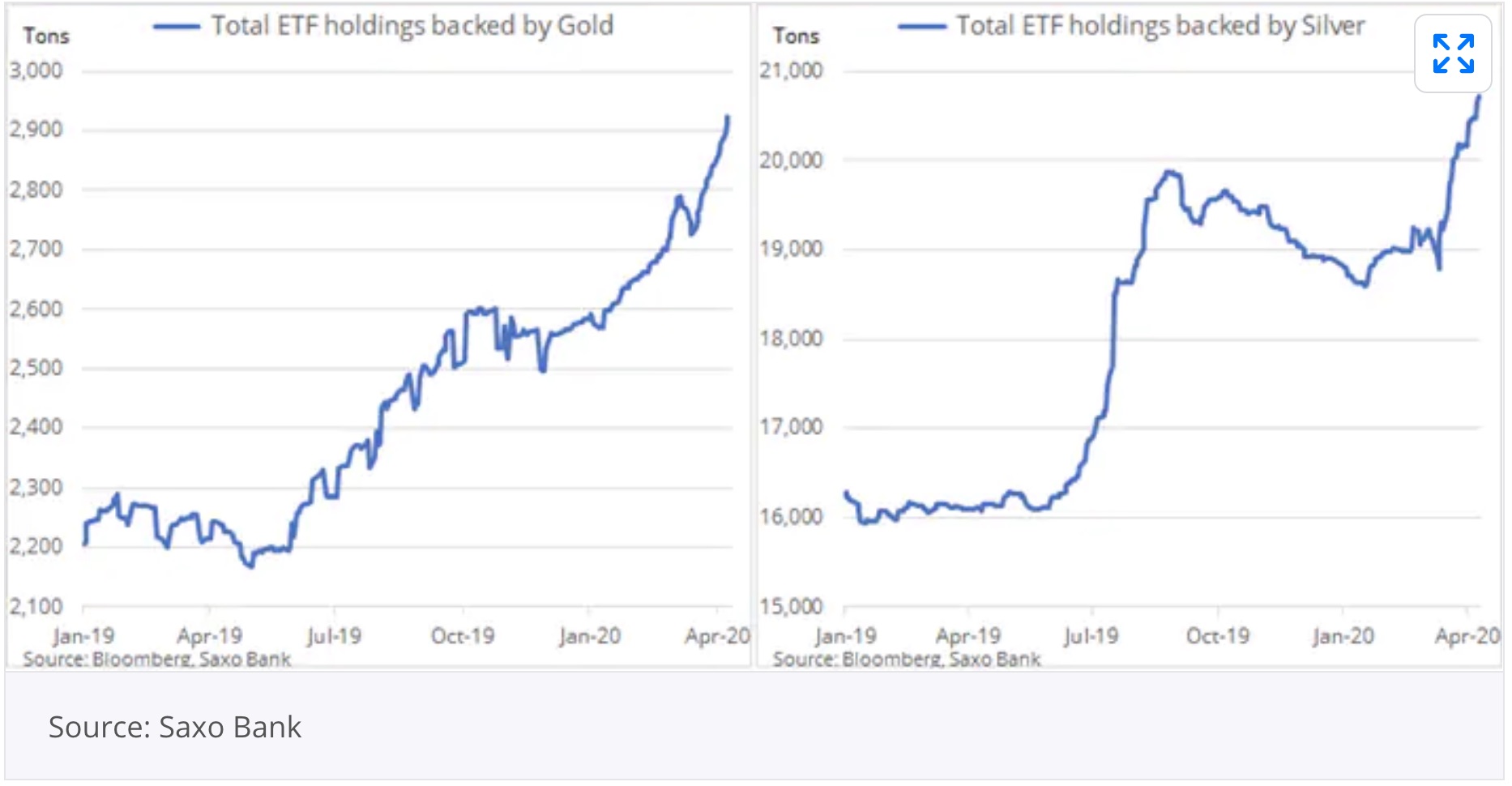 The Outlook For Gold
While demand for gold remains strong the price action has been somewhat disappointing following last Thursdays bazooka from the US Federal Reserve. It highlights gold’s 2 step forward, 1 step back behavior that has played out throughout the last year. At this stage however short term tactical short sellers have no reason to attack the metal as long it holds onto $1700/oz. Failure to do so could see it retrace lower towards $1680/oz or worst case, in our opinion, $1640/oz.

Our long term view remains firmly bullish with the level of stimulus currently going into the global economy likely to support gold over the coming years. Real yields as mentioned remains one of the key external drivers to watch. With the Fed controlling the yield curve, only an unexpected drop in future inflation expectations and a stronger dollar would change this view.

The current demand is primarily driven by so-called “paper” demand for ETF’s and futures while physical demand from central banks and key countries such as China and India have paused.

The Price Of Gold Has Paused Above $1,700
But The Trend Remains Bullish 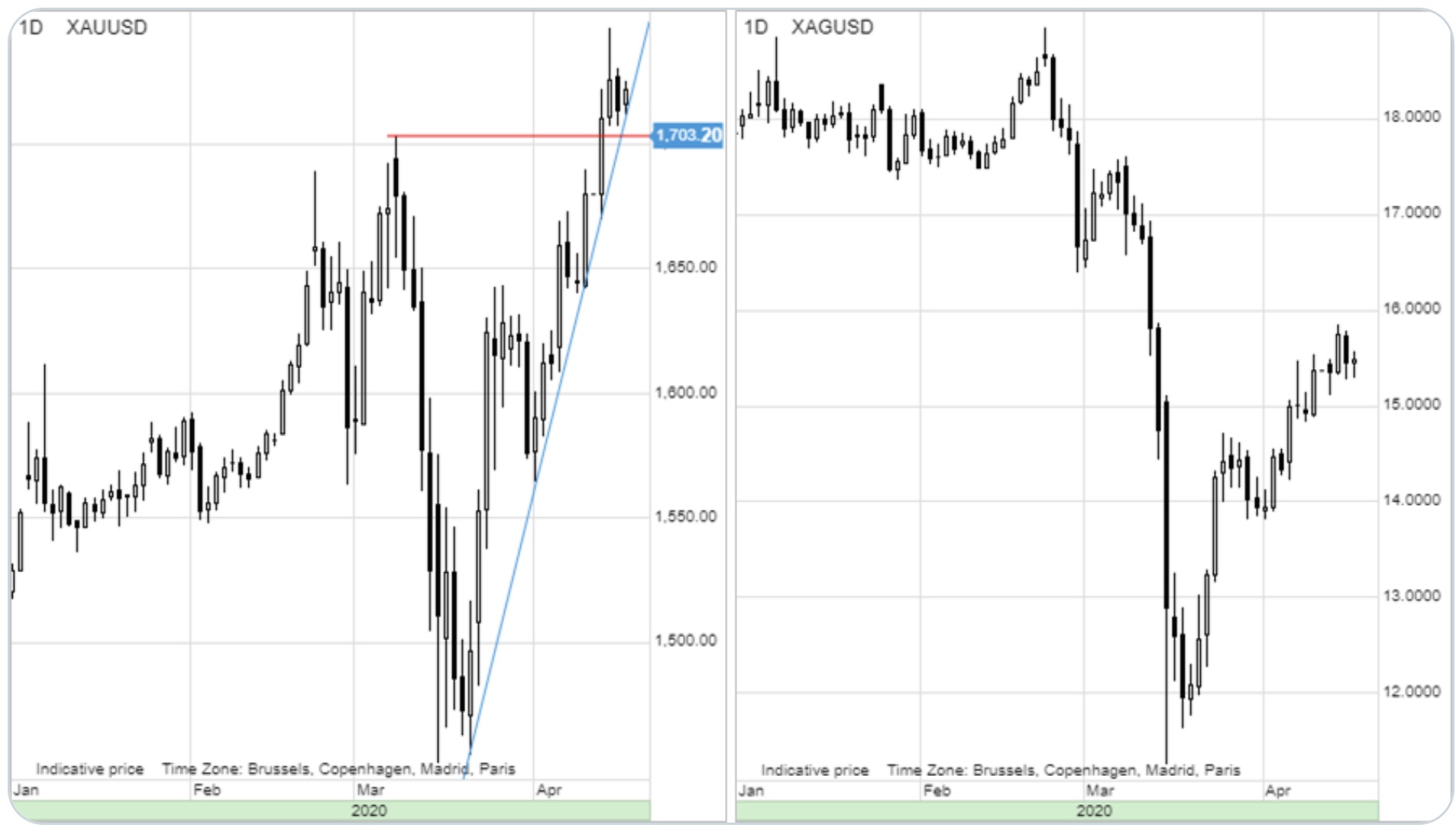 Note on the global economic outlook.

Yesterday, the IMF released its latest report on the global economy and the impact of the COVID-19. My colleague Christopher Dembik, Head of Macro Analysis, has written about the findings in this update and some of the main conclusions are:

Summary:
Following the dash-for-cash sell off last month gold has rallied strongly to a seven-year high above $1700/oz. Despite the need to consolidate, and with that the risk of another mini correction, our long term view remains firmly bullish. The level of stimulus currently going into the global economy is likely to support gold over the coming years with yield curve controls likely to push real yields deeper into negative territory.