ANOTHER GOLD SQUEEZE? Bullion Banks “Need All The Physical Gold They Can Get To Prevent A Looming Failure Crisis”

It appears that we may see another major short squeeze in the gold market as the bullion banks are now desperate to get all of the physical gold they can to prevent a looming failure crisis.

“God Help The Bullion Banks If They Decide To Go Long Gold”
August 28 (King World News) – Alasdair Macleod:  The Commitment of Traders figures released tonight show that the bullion banks are still horribly short of the gold GC futures contract on Comex, and it is hard to see how they can rectify their position. Our first chart shows how short they still are. 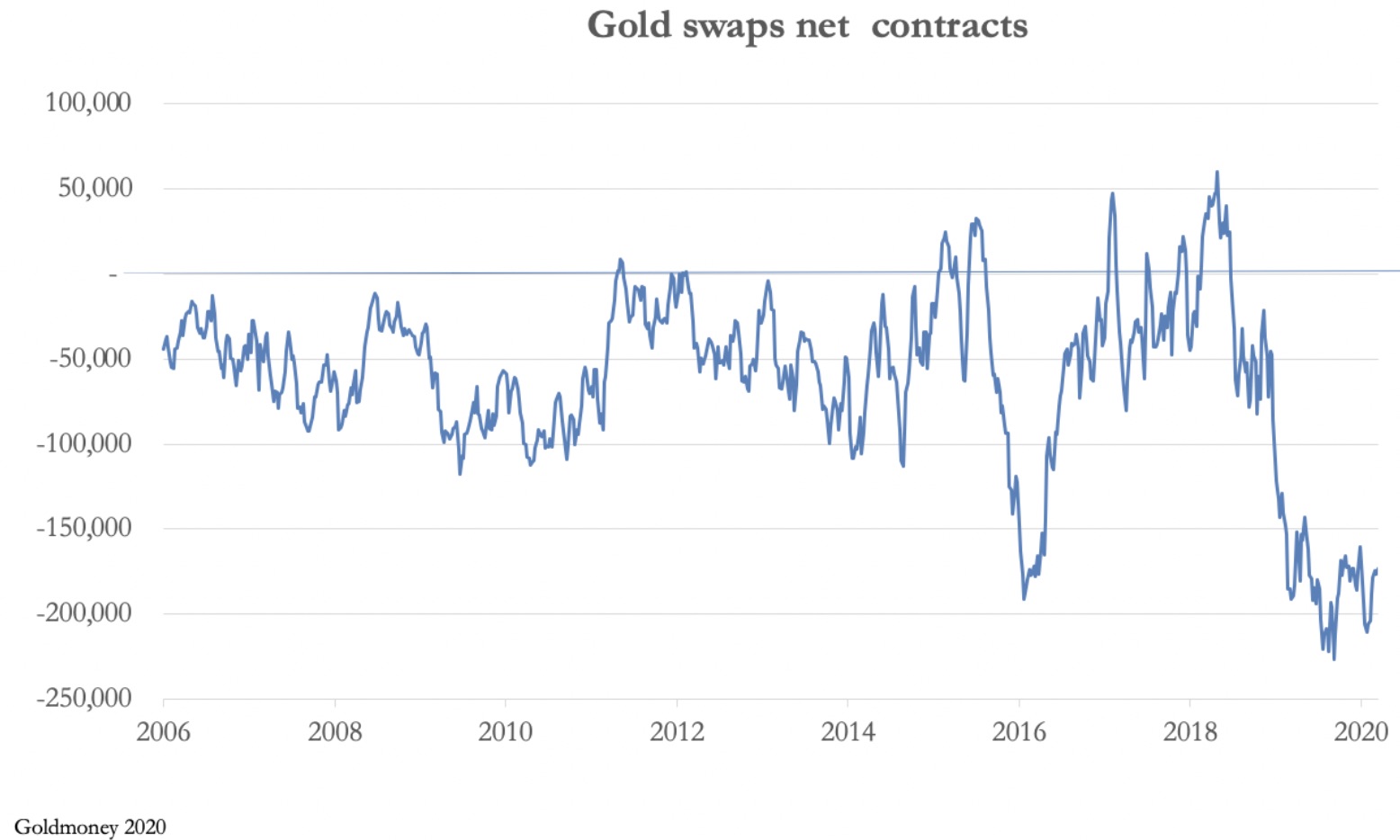 The average short position net of longs on this chart is minus 61,485 contracts, against minus 173,386 last Tuesday. The situation has improved only slightly for the bullion banks. Our table below goes into this in more detail.

The bullion banks (Swaps) have clawed back a net 3,393 shorts from the previous week. To put it into context, the net short position amounts to 539.29 tonnes, worth $34 billion at today’s closing price, spread between 26 bullion banks with short positions.

Normally, the Managed Money category (almost entirely hedge funds) are on the other side of the trade. But they have reduced their net longs by 8,589 contracts to 86,869. Bear in mind that Managed Money historically maintained an average net long position of 111,000 contracts, so on this basis their position is moderately oversold. This is our next chart.

These guys are trend chasers who usually sell dollars to buy gold or vice-versa. They are not in the game to take delivery, which make them the bullion banks’ patsies. This week they appear to have played for a bounce in an oversold dollar, which is turning out to be a mistake. God help the bullion banks if they decide to go long of the gold GC contract.

Another Gold Squeeze?
So who is buying? Looking at the table above it is Other Reported, and this is the category which appears to be making the assessment of future inflation and standing for delivery. The CME is obviously scared about this, because they have added an extra 162 gold bar brands to the good delivery list. In other words, they know they will need all the physical gold they can get to prevent a looming failure crisis in this contract.