Today London metals trader Andrew Maguire shared major news with King World News about the war in the gold and silver markets.  Maguire also gave details about the launch of the eargerly-anticipated exchange for physical trading and also spoke about why this will forever crush the LBMA paper Ponzi system.

Andrew Maguire:  “This (new exchange being launched) is something so enormous and pivotal in terms of the way the whole bullion banking system is going to be changing.  This is a fantastically exciting development.  But first, we got some really good news today confirm the competing Chinese fix that you and I have discussed on many occasions where we said that the Chinese were planning an official Beijing/Shanghai Gold Fix, with silver soon to follow.  Today we got confirmation of this.

Also, here is a small portion of what Maguire had to say about the launch of the new exchange — where he will have a seat:  “Up to now the end-user hasn’t been able to directly access the wholesale market.  As institutions, producers, refiners and other end-users all share the same platform and enjoy complete anonymity from the bullion banks, it removes the power from the bullion banks' concentrated hands.  This is why it (the new exchange being launched is) a game-changer.

Gold And Silver Price Reset To Occur By Stealth!

The disruptive LBMA closed system will be breached.  So even though the regulators have dragged their feet, in other words not acted on the direct evidence provided to them, in the end it’s the physical market that will break these banks and force them to cash-settle unallocated holders in size.  As a result, the true price discovery reset will occur by stealth.” This is one of the most important interviews ever given by Maguire to KWN and it has now been released. You can listen to it by CLICKING HERE OR ON THE IMAGE BELOW. Maguire discusses the precise details of the launch of this new exchange, how China is maneuvering, and how the new exchange will radically alter price discovery for the gold and silver markets.  He also discusses how it will change the game for producers, who have expressed anger about the bullion banks and their price suppression scheme.  This interview is a must-listen for anyone invested in gold and silver.

***Andrew Maguire's trading service has left Coghlan Capital and they are no longer affiliated in any way.  To sign-up for Maguire's incredible gold and silver trading service CLICK HERE or email King World News for more information.

***ALSO JUST RELEASED: This Country Is About To Rock The Gold Market And Send The Shorts Running For Cover CLICK HERE. 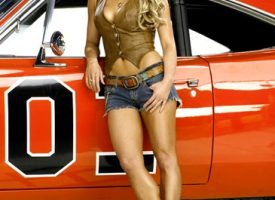