After last week’s surge in gold, silver and the shares, SentimenTrader just issued an extremely important update on the gold and silver markets as well as the mining shares.

From Jason Goepfert at SentimenTrader:  “Nearly $500 million has flowed into gold miners over the past week. That’s not a large amount of money but it is a relatively small industry. The GDX fund has taken in $370 million (see chart below). 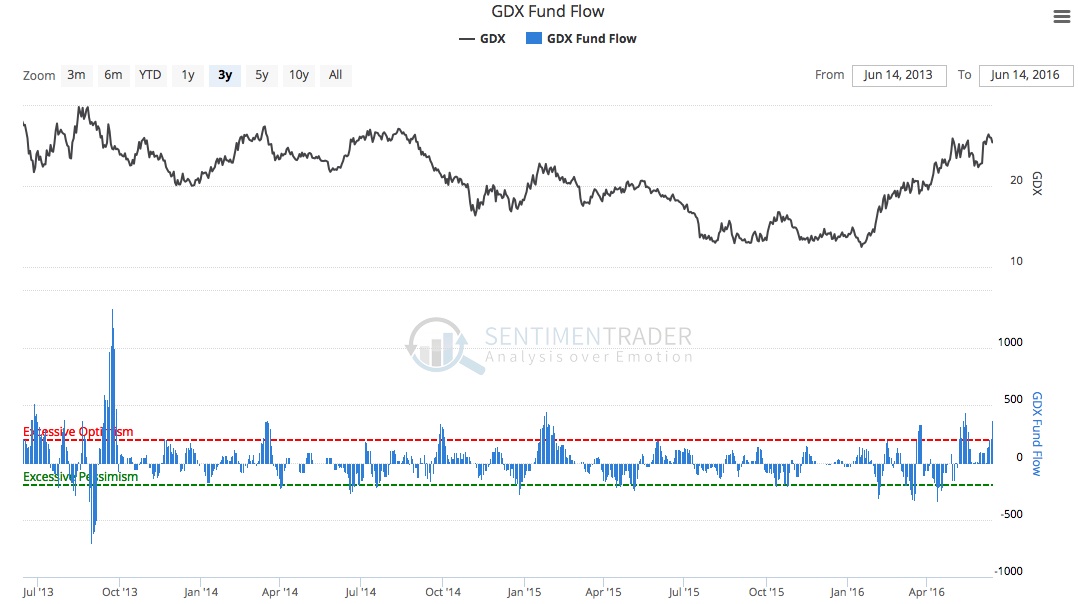 …and the junior miners fund GDXJ has pulled in $110 million (see chart below). 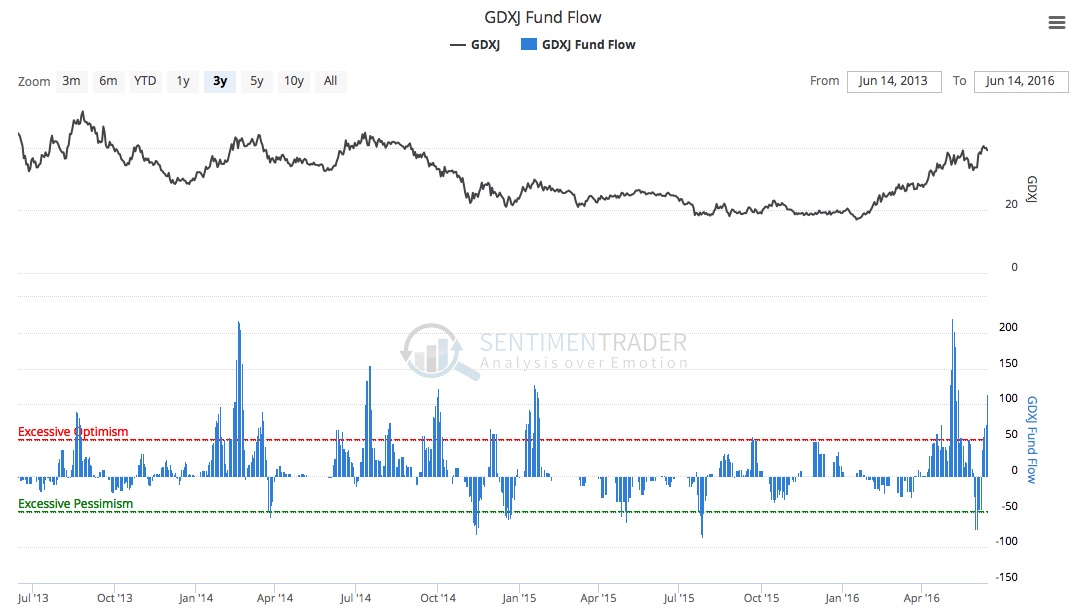 Both inflows are among the largest in the past three years. Fund flows are imperfect guides but can be useful and both funds have responded fairly well to extremes in flows, in a contrary manner. It suggests a mild headwind for the miners in the coming week(s).

King World News note:  I would just add to what Jason has said by noting that sentiment for silver has not yet reached the level of “Excessive Optimism” (see 25-year silver sentiment chart below). 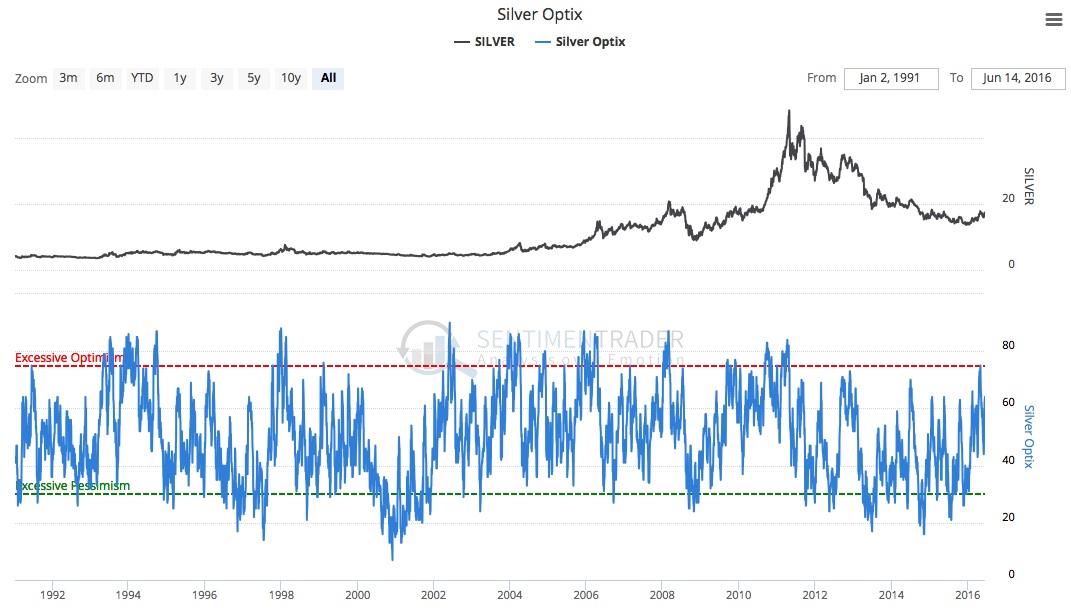 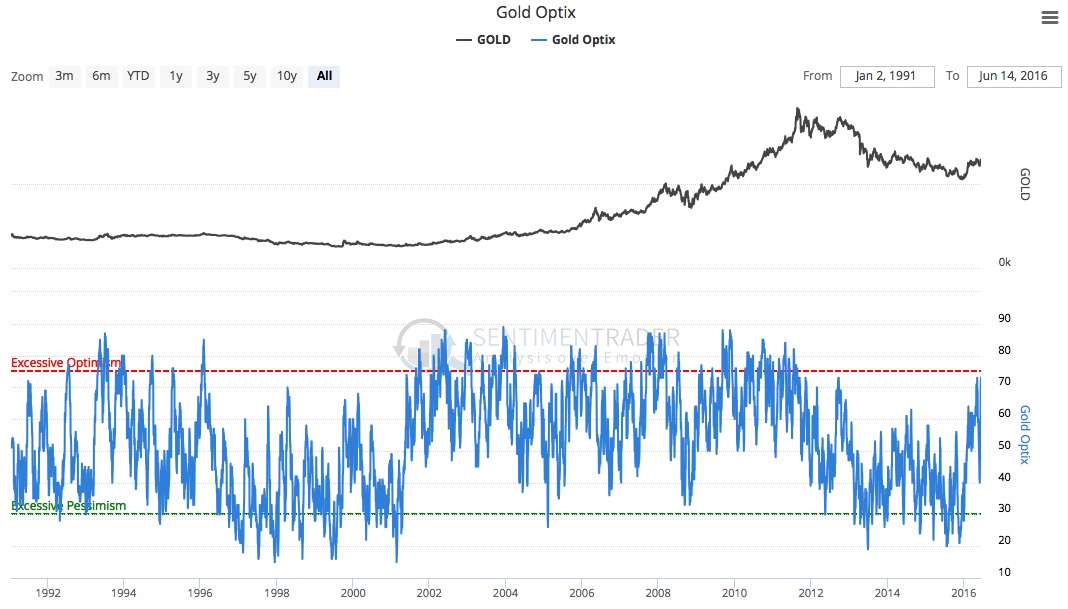 ***Also just released: 50-Year Veteran Says The Future Is Frightening But Fortunes Will Be Made CLICK HERE.