Today Alasdair Macleod notes the $46 premium where Comex gold is trading at $1,712, warning it could prove disastrous for bullion banks, plus Hansen looks at record deleveraging.

Commodities: Record Deleveraging
April 6 (King World News) – Alasdair Macleod:  “Comex June contract now at $1712.1, a premium to spot of $46. It is the active contract which tells us that despite all the propaganda about physical being freely available the BBs are still in deep trouble. This could prove a disaster for some bullion banks. Moral of the story: don’t mess with sound money!”…

Commodities: Record Deleveraging
Ole Hansen, Head of Commodity Strategy at Saxo Bank:  “Commodities: Record deleveraging activity has led to funds now holding the smallest portion of the open interest since at least 2008. Plenty of room to accumulate when signals become clearer (see below).” 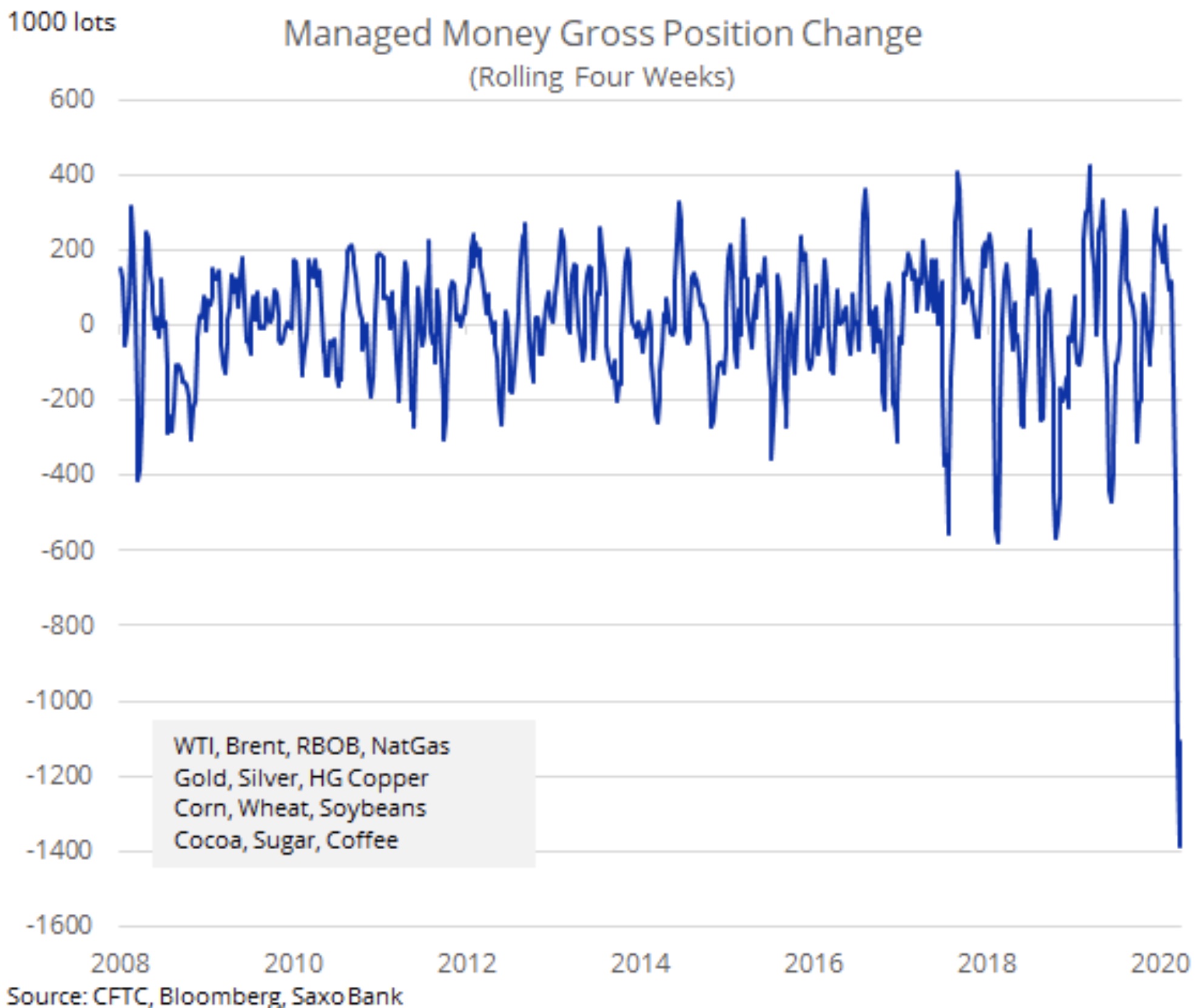 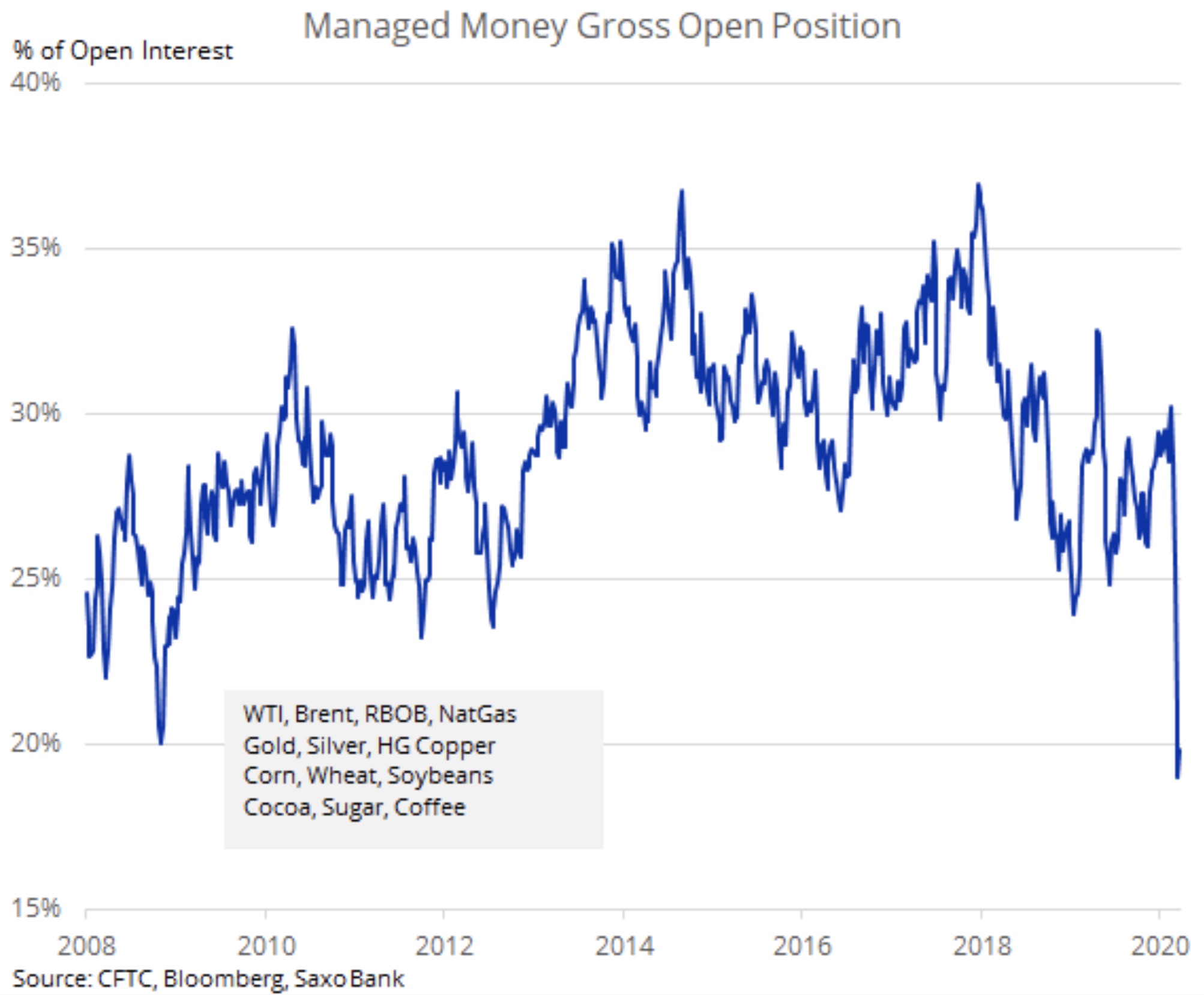