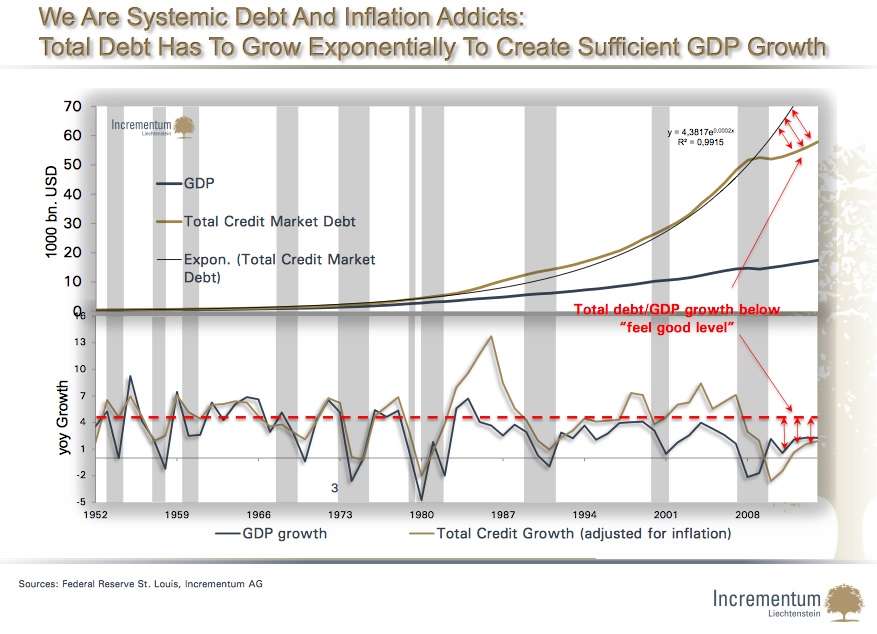 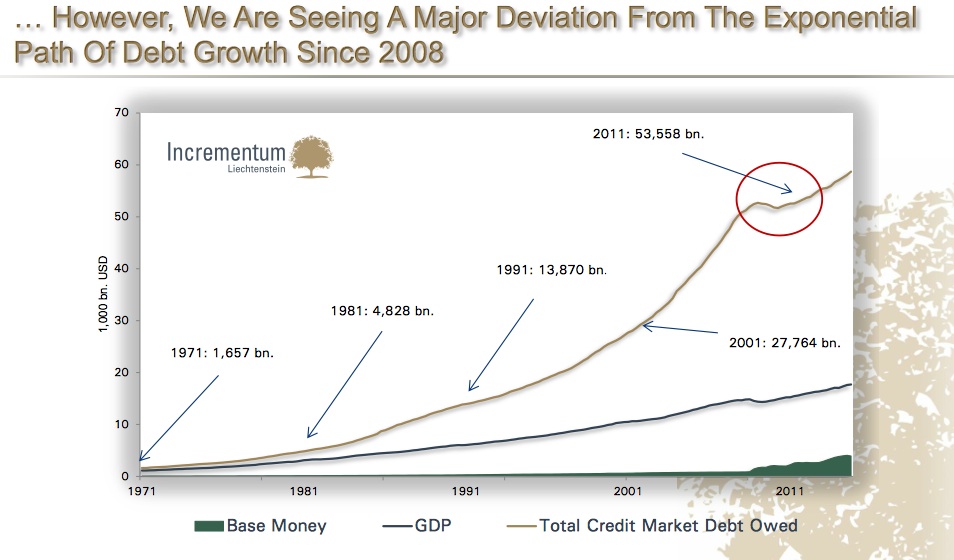 Once upon a time, credit doubled every 10 years. Since 2008, total credit (or debt) growth in the US has slowed significantly. In order to generate sufficient GDP growth in the current debt-based monetary system, an expansion in overall debt levels is required. Central banks and governments have been stepping in to compensate for the reluctance of banks and individuals to expand credit. 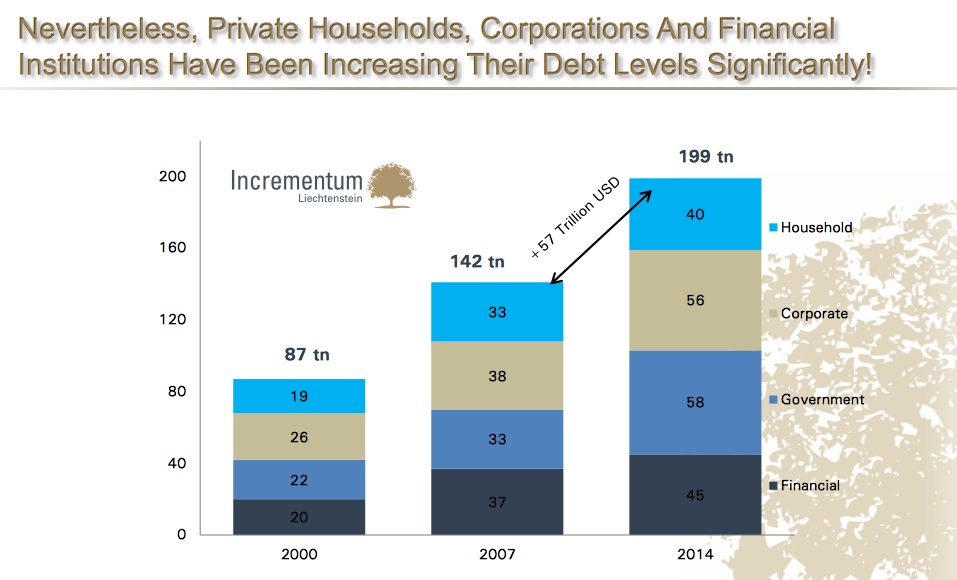 Global debt levels have increased by USD 57 trillion since 2007 – this amount is around three times annual US economic output! New government borrowing has recorded the highest growth momentum! Difficult for us to spot the infamous deleveraging! 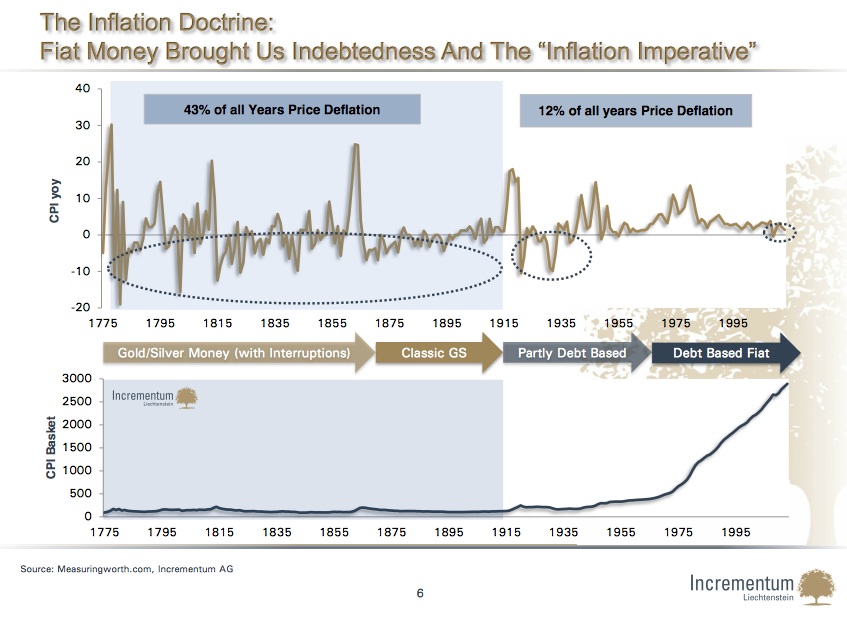 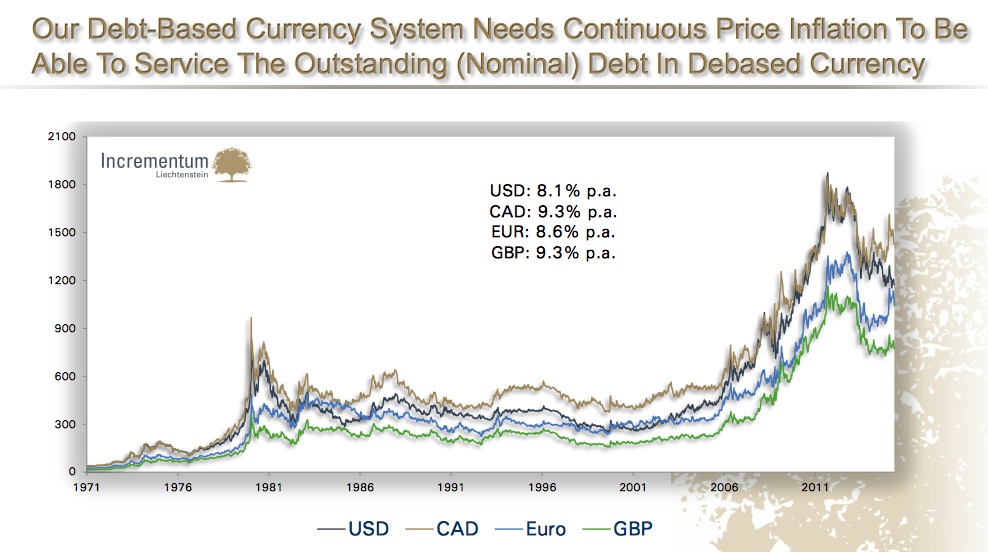 The debt based monetary system needs rising commodity (therefore implicitly also long term rising gold) prices! That’s essentially why we left the Bretton-woods system after all, to be able to debase fiat currencies permanently! The more (nominal) debt is outstanding, the greater the urge for debasement (i.e. inflation)! 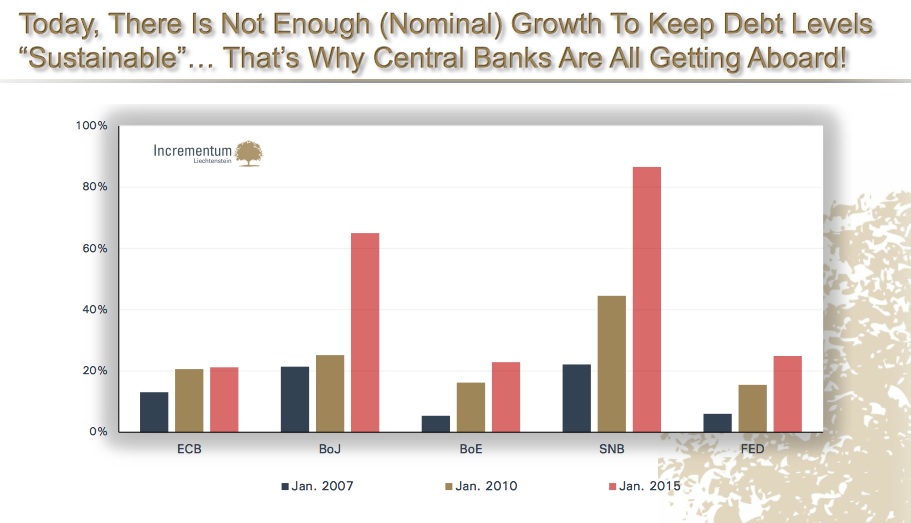 The days of restrained monetary policy appear to be over. Several major central banks have expanded their balance sheets many times over since 2007. The ECB has pursued a comparatively restrictive monetary policy since 2008 – however, with the implementation of “Euro-QE,” things are changing radically. The FED moving back to “normality” before the next crisis? No chance!

In contrast to fiat currencies, gold supply has grown by only 1.6% per year. This clearly underscores its relative scarcity! (see remarkable chart below)! 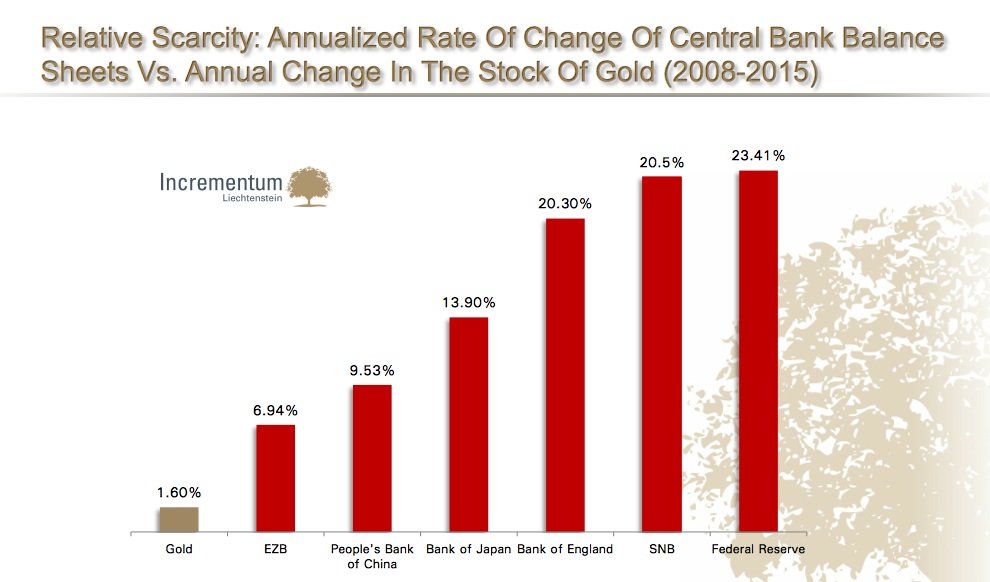 ***KWN will be releasing interviews later today and throughout the weekend.

***KWN has now released the incredible audio interview with the top trends forecaster in the world, Gerald Celente, where he discusses the failure of the elite’s propaganda machine, what to expect from the gold and silver markets as the global unwind accelerates, and also gives the KWN listeners a peak at what surprises he expects for the rest of the year, and you can listen to it by CLICKING HERE OR ON THE IMAGE BELOW.