Today a 60-year market veteran sent King World News three absolutely incredible charts as we head into the end of 2014, and he also discussed his predictions for the major markets, including stocks, gold, and silver.  Below is six-decade market veteran Ron Rosen’s remarkable piece.

Rosen:  “This long, disheartening, dismaying, giant correction in gold is just about over. There have already been four bull moves in this secular bull market in gold, and each time that the price of gold touched the quarterly rising trend-line, the subsequent bull move was greater than the previous one (see chart below). 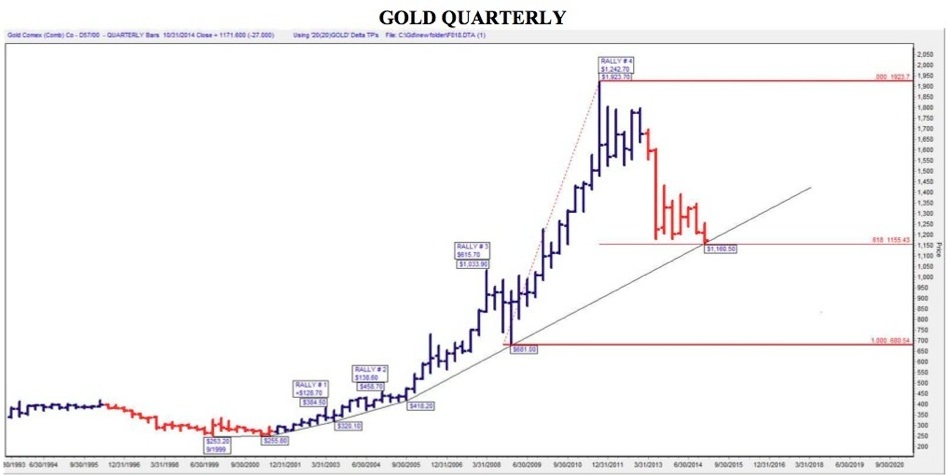 “Once the final breakout takes place, the rise in silver should take the metal to new all-time highs….

“In all likelihood the rise in the price of silver will be quite violent (see chart below)! 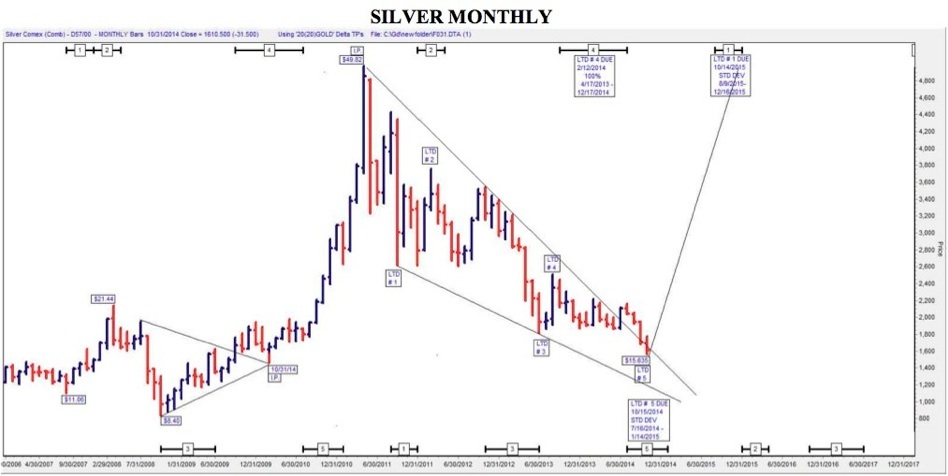 As the precious metals bull market resumes, leg E of major Wave IV in the DJIA and the S&P 500 will begin a collapse to horrendous lows (see dotted line on far right hand side of the chart below). 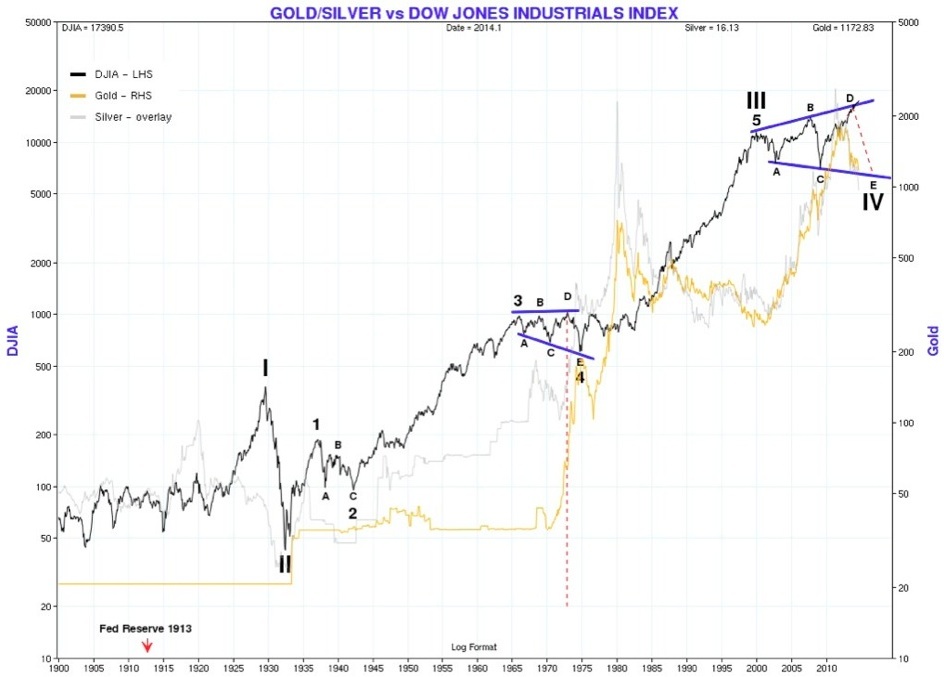 IMPORTANT – KWN will be releasing interviews all day today.