Today one of the greats in the business told King World News that the world has never been in a maga-crisis like this in all of human history.

Storm Clouds Are Gathering Everywhere
John Embry:  “Eric, I must begin by wishing you and your readers and listeners a belated happy new year.  However, I question how happy a new year it is going to be as storm clouds have been steadily gathering everywhere…

John Embry continues:  “Price action makes market commentary, and that certainly seems to have been the case since the election of Donald Trump nine weeks ago.  Despite considerable concern prior to the election — that the ramifications of his becoming the president would be negative — the powers that be immediately moved into action in the middle of the night following the election and totally changed the narrative.

Gold and silver were promptly crushed and the U.S. stock market magically ascended, the impact of which totally changed perceptions.  It created the belief that a Trump presidency promised great  things for the economy, business, the markets, and even the geopolitical environment.  Unfortunately I beg to differ.

Memories Of The Great Depression
As a true believer in Austrian Economics, nothing can lead to a sustainable economic recovery until the debt issue, which is out of control globally, is addressed.  And the ramifications of that are anything but positive.  In addition, Trump is talking about sharply impacting trade relations with tariff barriers, etc.  Doesn’t anyone remember the impact of the Smoot/Hawley Tariff Act in the 1930s?  That only deepened the Great Depression in that era.

The U.S. funded debt rose by over $1 trillion in 2016, bringing the total to $20 trillion.  So any actions that exacerbate the budget deficit issue will have a very negative impact on interest rates.  And a massively over-indebted system cannot tolerate higher interest rates.  That would destroy the bond market, stock market, and the real estate market, all of which are severely overpriced on a historical basis. 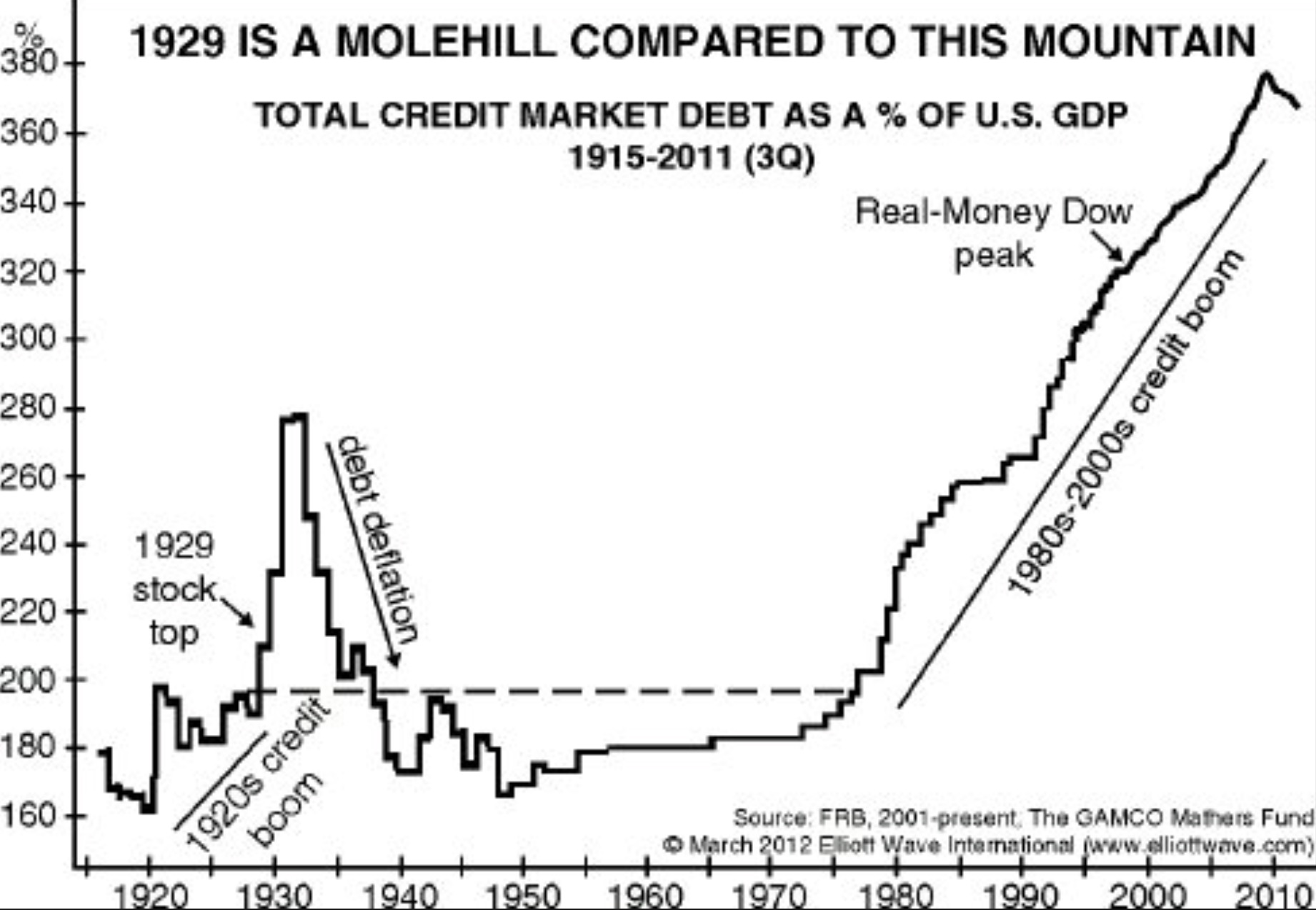 I must admit that I laugh when I see people trying to make the comparison between the Reagan and Trump presidencies.  Observers tend to forget that when Ronald Reagan became president, U.S. funded debt was comfortably under $1 trillion and the unfunded liabilities were negligible.  Today the funded debt is 20-times higher, and the unfunded liabilities are off the charts.

Global Mega-Crisis: “The Outcome Has To Be Painful”
We are headed into a very into a very interesting period in history and no one can accurately predict the outcome because we have never been in a levered situation like this on a global basis in all of human history.  All one can say with certainty is that the outcome has to be painful we we unwind the excesses of the past.  Gold and silver have never been cheaper in relation to the amount of money and credit in the system.  And most investors, if they are even aware of the precious metals, view them negatively because of their counterintuitive, horrible price action over the past 5 1/2 years.  Thus, this continues to represent a wonderful opportunity, with massive upside potential, and negligible downside risk.”

***KWN has now released the extraordinary audio interview with the man who advises the most prominent sovereign wealth funds, hedge funds, and institutional funds on the planet and you can listen to it by CLICKING HERE OR ON THE IMAGE BELOW.

What A Wild Ride, Another Day, Another Record, Silver, More Inflation, Yet Another Gold Catalyst