With the U.S. dollar falling over 1.3 percent and the Nasdaq falling over 1.5 percent, today two of the greats in the business sent King World News powerful pieces about the invisible collapse and an ominous warning about what is coming next week.

First, here is today’s note from Bill Fleckenstein – Overnight markets were a nonevent while our markets wasted no time making a stab to the upside this morning, though the indices were mixed through midday, with the Dow gaining 0.75%, the S&P 0.5%, and the Nasdaq slightly red. The reason for that odd performance was quite a large bounce in the energy and materials sector. In addition to all the puking and tax-loss selling for those types of names, I’m sure there has been a fair amount of short selling because that is a group that everyone loves to hate.

Bad News Is Such a Small Price to Pay

In addition, the fact that Anglo American decided to lay off 85,000 workers (leaving 50,000), cut its dividend, and announced plans to divest itself of many assets, combined with the well-respected Kinder Morgan also cutting its dividend, quite likely led folks to believe that this might be the “bottom” — enough of them to precipitate a rally/squeeze, at any rate. Though I was not previously aware of this, I have seen news accounts that suggested the last time Anglo American cut its dividend it was in fact the bottom for the commodities sector.

Regarding the economy, the bad news keeps on rolling in, as Costco announced disappointing results. I bring that up because when companies like Costco and Walmart are struggling it is pretty hard to believe that the economic environment is friendly for equities. Of course, that doesn’t seem to matter at the moment to the tape at large, but at some point it is certainly going to.

What Goes Down Makes Other Things Go Up

So it was just another day with more bad news and higher stock prices, at least through midday. In the afternoon, however, the tape fell apart, led by the Nasdaq, for no apparent reason — which is often the most significant reason of all. The market lifted a little after that swoon, but didn’t get too far and closed near the lows, with the Nasdaq losing 2%.

Away from stocks, green paper was a lot weaker and has now given up its entire recent surge predicated on the Fed rate hike next week. Oil was flat, fixed income was slightly higher, and the metals closed with tiny losses.” 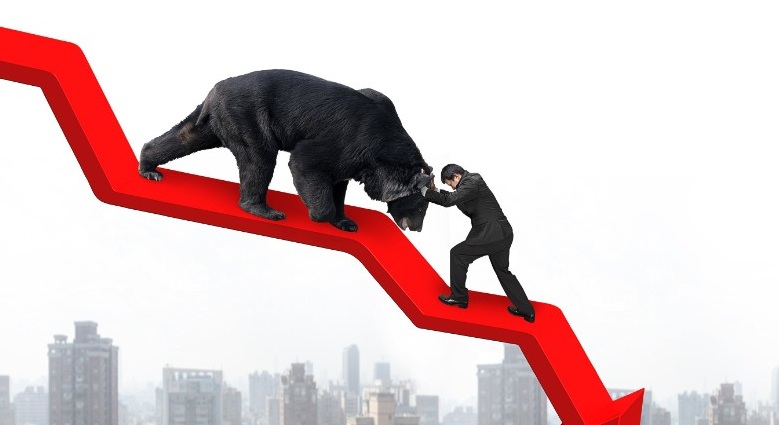 Also, this was an interesting note from Art Cashin:  Caution And Concern On Fed Move – Regular readers know I think the Fed will be tempting fate if it hikes rates next week. I am not alone. In fact, I am in rather good company. Here’s a bit of a Bloomberg piece on the concerns of noted bond maven, Jeffrey Gundlach:

Jeffrey Gundlach, whose $51.3 billion DoubleLine Total Return Bond Fund has outperformed 99 percent of peers over the past five years, said the Federal Reserve may come to regret raising U.S. interest rates amid signs of a fragile economy and a crumbling credit market.

The Fed is likely to find itself in a “conundrum” in a year or two if it raises rates amid economic trouble, Gundlach, chief executive officer of Los Angeles-based DoubleLine Capital, which manages about $80 billion, said during a webcast Tuesday. The central bankers appear “hell-bent” on lifting rates despite weak economic signals such as gross domestic product, he said.

“We’re looking at some real carnage in the junk-bond market,” Gundlach said. “This is a little bit disconcerting that we’re talking about raising interest rates with the credit markets in corporate credit absolutely tanking. They’re falling apart.”

Gundlach cited several danger signs in the U.S. economy that he argued make it a bad time to raise rates. Manufacturing has slowed as the dollar strengthened. Corporate profit margins have plateaued. High- yield bond spreads have widened and an exchange-traded fund of junk bonds had its lowest close today in more than six years.

“It’s possible the Fed pulls another Lucy and the football,” he said, referring to the “Peanuts” cartoon character who yanks the ball from would-be kicker Charlie Brown. If the Fed does act next week, a quarter-point increase is likely, according to Gundlach.

Mr. Gundlach didn’t even mention emerging markets, which are quite vulnerable in my opinion. Nonetheless, it’s good to be on the same side of a really smart guy.”

***ALSO JUST RELEASED:  Is The Gold Market About To See A Jaw-Dropping 70 Year Breakout? CLICK HERE.

Pierre Lassonde On Coronavirus Market Panic, Plus Peter Schiff On The Plunge In Gold And Mining Stocks