Today former U.S. Treasury Secretary, Dr. Paul Craig Roberts, warned about the Matrix of lies and exposed what the elite are about to do.

(King World News) Dr. Paul Craig Roberts:  I am now convinced that the Oligarchy that rules America intends to steal the presidential election. In the past, the oligarchs have not cared which candidate won as the oligarchs owned both. But they do not own Trump…

Most likely you are unaware of what Trump is telling people as the media does not report it. A person who speaks like this: https://www.youtube.com/watch?v=EYozWHBIf8g&app=desktop is not endeared to the oligarchs. 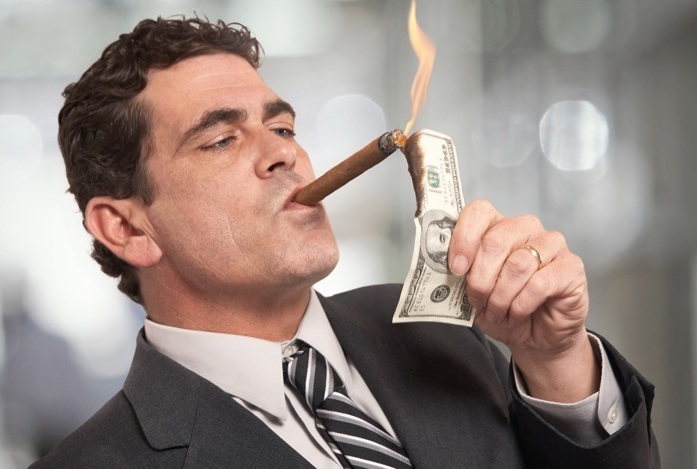 Who are the oligarchs?

—Wall Street and the mega-banks too big to fail and their agent the Federal Reserve, a federal agency that put 5 banks ahead of millions of troubled American homeowners who the federal reserve allowed to be flushed down the toilet. In order to save the mega-banks’ balance sheets from their irresponsible behavior, the Fed has denied retirees any interest income on their savings for eight years, forcing the elderly to draw down their savings, leaving their heirs, who have been displaced from employment by corporate jobs offshoring, penniless.

—The military/security complex which has spent trillions of our taxpayer dollars on 15 years of gratuitous wars based entirely on lies in order to enrich themselves and their power.

—The neoconservartives whose crazed ideology of US world hegemony thrusts the American people into military conflict with Russia and China.

—The US global corporations that sent American jobs to China and India and elsewhere in order to enrich the One Percent with higher profits from lower labor costs.

—Agribusiness (Monsanto et.al.), corporations that poison the soil, the water, the oceans, and our food with their GMOs, herbicides, pesticides, and chemical fertilizers, while killing the bees that pollinate the crops.

—The extractive industries—energy, mining, fracking, and timber—that maximize their profits by destroying the environment and the water supply.

—The Israel Lobby that controls US Middle East policy and is committing genocide against the Palestinians just as the US committed genocide against native Americans. Israel is using the US to eliminate sovereign countries that stand in Israell’s way.

What convinces me that the Oligarchy intends to steal the election is the vast difference between the presstitutes’ reporting and the facts on the ground.

I am yet to see one Hillary yard sign, but Trump signs are everywhere. Reports I receive are that Hillary’s public appearances are unattended but Trumps are so heavily attended that people have to be turned away. This is a report from a woman in Florida:

“Trump has pulled huge numbers all over FL while campaigning here this week. I only see Trump signs and stickers in my wide travels. I dined at a Mexican restaurant last night. Two women my age sitting behind me were talking about how they had tried to see Trump when he came to Tallahassee. They left work early, arriving at the venue at 4:00 for a 6:00 rally. The place was already over capacity so they were turned away. It turned out that there were so many people there by 2:00 that the doors had to be opened to them. The women said that the crowds present were a mix of races and ages.”

I know the person who gave me this report and have no doubt whatsoever as to its veracity.

I also receive from readers similar reports from around the country.

This is how the theft of the election is supposed to work: The media concentrated in a few corporate hands has gone all out to convince not only Americans but also the world, that Donald Trump is such an unacceptable candidate that he has lost the election before the vote.

By controlling the explanation, when the election is stolen those who challenge the stolen election are without a foundation in the media. All media reports will say that it was a run away victory for Hillary over the misogynist immigrant-hating Trump.

And liberal, progressive opinion will be relieved and off guard as Hillary takes us into nuclear war.

That the Oligarchy intends to steal the election from the American people is verified by the officially reported behavior of the voting machines in early voting in Texas. The NPR presstitutes have declared that Hillary is such a favorite that even Republican Texas is up for grabs in the election.

If this is the case, why was it necessary for the voting machines to be programmed to change Trump votes to Hillary votes? Those voters who noted that they voted Trump but were recorded Hillary complained. The election officials, claiming a glitch (which only went one way), changed to paper ballots. But who will count them? No “glitches” caused Hillary votes to go to Trump, only Trump votes to go to Hillary.

The Matrix Of Lies – America’s False Reality
The most brilliant movie of our time was The Matrix. This movie captured the life of Americans manipulated by a false reality, only in the real America there is insufficient awareness and no Neo, except possibly Donald Trump, to challenge the system. All of my life I have been trying to get Americans of all stripes—academics, scholars, journalists, Republicans, Democrats, right-wing, left-wing, US Representatives, US Senators, Presidents, corporate moguls and brainwashed Americans and foreigners—out of the false reality in which they exist.

In the United States today a critical presidential election is in process in which not a single important issue is addressed by Hillary and the presstitutes. This is total failure. Democracy, once the hope of the world, has totally failed in the United States of America. Trump is correct. The American people must restore the accountability of government to the people.

GameStop, Reddit, And A Wild Trading Day In The Silver Market