Updated: Roku TVs get refreshed with new apps and a 2015 redesign 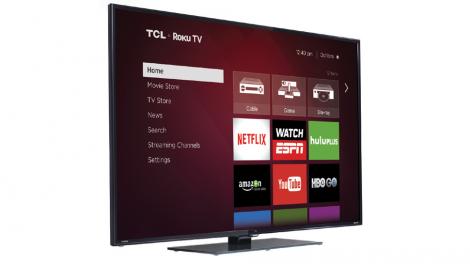 The 3850 series, going from $249 to $699 across its three screen sizes, offers the same specs but within a metallic “gunmetal” finish and all-aluminum quad pedestal stand. You can see the TCL Roku TV 3850 series design below.

TCL and Roku have announced a whole new line of their second generation cord-cutting smart TVs, the first of which will be available in late March and early April.

The companies’ three new lines of Roku TVs follow a successful debut in 2014, when TechRadar praised the first-gen model for offering “all the apps you need in an extremely affordable 40-inch television.”

In 2015, the two companies have debuted three new lines: the 3700, 3800 and 3850 series, with new apps and streaming services (now including Sling TV and WatchESPN, which are also now available on the first-gen Roku TV), improved UI and navigation and refreshed designs. 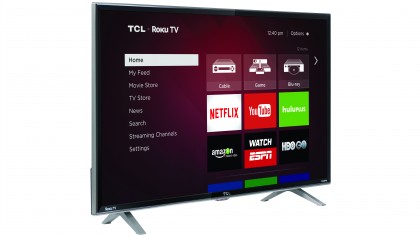 The latter two lines, the 3800 “design” series and 3850 “decorator” series, will also arrive in the first half of 2015, though slightly further out.

TCL and Roku struck gold with this smart TV platform, which focuses on affordability and ease-of-use by putting all of your streaming apps and channels right on the home screen.

The companies also reminded us in their latest announcement that they’re still working on 4K TCL Roku TVs, giving us plenty to look forward to.