Updated: Apple Watch on pre-order now, but almost all have already sold out 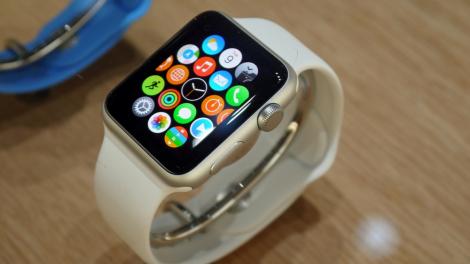 Update: If you’ve yet to pre-order your Apple Watch, expect a wait. A long, long wait. Shipments of nearly every unit in the US and UK have been pushed back by at least four to six weeks.

The only model available for delivery between April 24 and May 8 is the 38mm stainless steel Apple Watch with classic black buckle, although only if you’re in the UK. As of this writing, the cart page on Apple’s online store for that variety now reads “4-6 weeks” for US folk.

For every variety of Apple Watch Sport, the company’s online store is currently projecting a June delivery window. For the stainless steel Apple Watch, delivery times are also reading “4-6 weeks.”

Watch Edition models have also seen their delivery windows pushed back to June. Some Edition models, specifically the priciest 38mm rose and yellow gold varieties, are simply not available. Though, their 42mm counterparts are.

What’s unknown is the volume that Apple had prepared in advance of pre-order day and its impact on the current backorder situation. We’ve reached out to Apple for comment and will update this space again once we hear back.

Even without an Apple Watch telling you the current time, you should know that it’s time for the much-hyped pre-order of the company’s iPhone-compatible smartwatch.

The clock has struck midnight in California, and that previously down Apple Store website has suddenly opened its virtual doors to early adopters of the wearable.

There are 38 different designs out-of-the-box, and a range of Apple Watch prices that make the decision even harder two weeks ahead of the April 24 release date.

Certain collections, like the Apple 18-karat gold Watch Edition are well out of the average consumers’ budget, which should help in a way. Stainless steel doesn’t come cheap either.

Apple Watch sold out in some cases

A handful of Apple Watch colors are sold out – at least if you wanted them on day one – with the most popular variants displaying a shipment date as late as June. That was within the first few minutes.

In particular, don’t expect to get the Sport Band with a black band or space gray case, or the expensive Link bracelet in any color on the release date now. Some people are reporting that their orders of the Edition won’t dispatch until August.

More colors are likely to see further shipping delays as the day wears on.

We don’t know the official Apple Watch sales figures for a while, but the product category is unlikely to reach critical mass like the IPhone 6 and iPhone 6 Plus. It’s too new.

That being said, we wouldn’t be surprised if the most popular smartwatch ends up being the cheaper Sport variant with rubber band. It’s “just” $349 (£299, AU$499).

Appointments to try on and purchase the watch are required and expected to also be snatched up by eager consumers. They can be booked through Apple’s official website.

That means there’s no camping outside of Apple Stores for this launch. It goes along with the classier mantra for the Apple Watch, though some people will miss the line extravaganza.