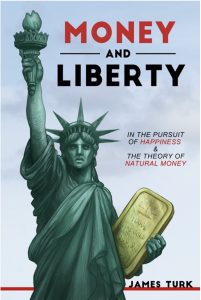 James Turk: Founder & Lead Director of Goldmoney, Inc (Toronto Exchange XAU) – In his latest book, MONEY AND LIBERTY, James Turk explains the inextricable link between liberty and politically honest money that only gold can provide. Drawing upon five decades of experience in international finance, he explains why national currencies and banking today are based on outdated ideas that have become harmful. He concludes that nature provides everything humanity needs to advance, including money. Gold is natural money. 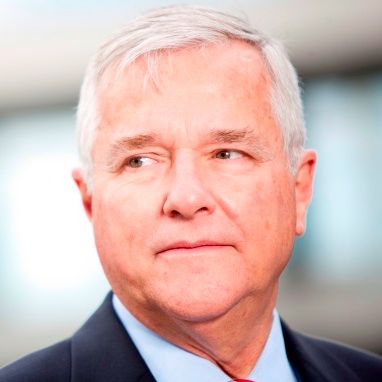 James Turk: Founder & Lead Director of Goldmoney Inc (Toronto Stock Exchange: XAU) – James Turk has specialized in international banking, finance and investments since graduating in 1969 from George Washington University with a B.A. degree in International Economics. His business career began at The Chase Manhattan Bank (now JP Morgan Chase Bank), which included assignments in Thailand, the Philippines and Hong Kong. He subsequently joined the investment and trading company of a prominent precious metals trader based in Greenwich, Connecticut. He moved to the United Arab Emirates in December 1983 to be appointed Manager of the Commodity Department of the Abu Dhabi Investment Authority, that country’s sovereign wealth fund. In this position, he was responsible for developing and implementing the investment strategies of the organization’s portfolios of precious metals. James then served as Chief Executive of Greenfield Associates, a firm he established in 1985 to publish his work and to provide investment research and trading advice, principally to investment managers, hedge funds and commodity trading advisors in the United States and Europe.

From 1987 to 2008 James wrote The Freemarket Gold & Money Report, an investment newsletter. His articles have appeared in numerous financial publications and has frequently appeared as a featured guest on radio and television and at investment conferences to speak about gold, money, and the international monetary and banking system.

James launched goldmoney.com in February 2001 to provide a safe, economical and convenient way to buy and sell precious metals online. It also enables gold and silver to circulate as a digital currency for use in online commerce. This precious metal currency and payment system is based on four United States patents awarded to him from 1997 to 2004.

Other books by James Turk: