Dr. Stephen Leeb: Chairman & Chief Investment Officer of Leeb Capital Management – Dr. Leeb is a registered investment adviser and has been managing big cap growth portfolios since 1999. Over the last decade, his independently-verified performance record has been ranked in the top 5 percent among peers according to Informa’s PSN manager database. Dr. Leeb is a New York Time’s Best Selling author, eight books total on investments and financial trends. His latest book, China’s Rise and the New Age of Gold (available October 27, 2020), author Stephen Leeb the “Oracle” of macroeconomic trends shows you how to profit from China’s rising place in the global economy. He is the first to predict that by far the biggest opportunity will be in gold, as China’s rise precipitates an unprecedented bull market that will propel gold’s price to at least $5,000–and possibly up to $15,000–an ounce. 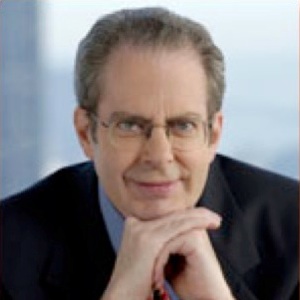 Stephen Leeb is a financial author, wealth manager, and publisher of a family of investment newsletters. He has been a recurring guest on King World News, CNN, Fox News, NPR, Bloomberg and many others through the years. Leeb was also said to be one of the country’s foremost financial experts with Charlie Gasparino in 2016 recommending Leeb as a good candidate for Federal Reserve Chairman.

Leeb earned a B.S. in Economics from the Wharton School of Business, and a Masters in Mathematics and a Ph.D in Psychology from the University of Illinois. He authored research papers on psychology and statistics in the peer-reviewed journal Psychological Reports. His graduate degrees were obtained in three years. Stephen Leeb is married and lives in New York City, New York.

Leeb has written eight books on macroeconomic trends, finance and investment, including the New York Times business bestseller The Coming Economic Collapse: How You Can Thrive When Oil Costs $200 a Barrel. Leeb’s earlier book Defying the Market, which predicted the dot.com bubble’s collapse, was named one of the best business books of 1999 by the Library Journal. His most recent book, titled Red Alert, has been called “a much-needed shot in the arm for American complacency” by Publishers Weekly. Red Alert was awarded the 2012 Axiom Business Book Awards silver medal in the International Business/Globalization category.

Leeb accurately predicted $100-a-barrel oil, the Dow’s secular rise above 4000, the collapse of the dot.com bubble, and the current bull market in precious and industrial metals. In Defying the Market, published in 1999, he also predicted the inadequacy of computers for solving the major challenges of the subsequent decade, in particular resource scarcity.

In The Coming Economic Collapse, published in 2006, Leeb wrote that a decline in nominal home prices would be “the vicious circle to end all vicious circles….. It would be a far greater challenge than rescuing the economy in the wake of the tech bubble… It would take massive amounts of money. Interest rates would likely fall to zero. Government spending would need to reach unimaginably high levels.”[16] Because of the potential consequences Leeb argued the Fed would prefer inflation rather than trying to cool an economy already stung by deflationary effects of high oil. In his subsequent book Red Alert, Leeb acknowledged he had been wrong to assume that the Federal Reserve “had the situation under control” and would “do whatever it took to assure that prices remained on an even keel.”

Leeb’s most recent book Red Alert argues that the Chinese understand the issue of resource scarcity much better than the West and as a result of their accumulation of vital resources may leave the West in a nearly untenable position within the next decade.

Leeb is bullish on the price of gold. On King World News, he stated that “China, as I’ve repeatedly outlined, loves gold, is accumulating gold, and is proceeding with long-term initiatives, including a new monetary system, that will elevate gold in furtherance of China’s own interests”.