Dr. Paul Craig Roberts: Former US Treasury Official, Co-Founder of Reaganomics, Economist & Acclaimed Author – Dr. Paul Craig Roberts is an American economist, a columnist and recent author of “How America Was Lost: From 9/11 to the Police/Welfare State”. He served as an Assistant Secretary of the Treasury in the Reagan Administration earning fame as a co-founder of Reaganomics. He is a former editor and columnist for the Wall Street Journal, Business Week, and Scripps Howard News Service. Dr. Roberts has testified before congressional committees on 30 occasions on issues of economic policy. He has also written extensively that during the 21st century the Bush and Obama administrations have destroyed the US Constitution's protections of Americans' civil liberties and has been a critic of both Democratic and Republican administrations. 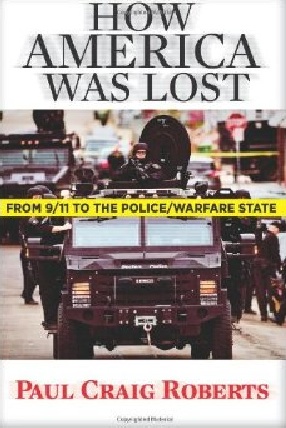