Nirvana Asia is the latest funeral company to go public on Hong Kong’s stock exchange, in a public offering this week that raised an estimated HK$1.9 billion ($250 million). It follows in the footsteps of Fu Shou Yuan, a luxury Chinese cemetery and funeral chain, that raised about the same amount a year ago. But Nirvana Asia has a special advantage over its rivals.

Nirvana Asia, which calls itself the “largest integrated death care service provider in Asia,” sells tombstones, funeral services, and burial plots in Malaysia, Singapore, and Indonesia, mostly to ethnic Chinese Buddhists and Taoists. But its largest, most-lucrative, and fastest-growing business is in so-called “niches,” or reserved spots for relatives to leave the urns of the deceased:

These niches are housed in ornate buildings called columbariums, like this Nirvana property in Singapore: 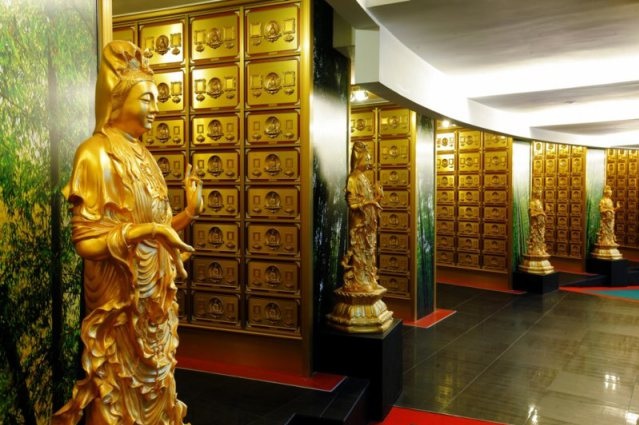 The niche business is growing faster than the company’s other segments—gross profits rose by 32% between 2011 and 2013, according to the company’s IPO prospectus (pdf, p. 15), and the business line boasted an 80.5% profit margin in the first half of 2014, the most lucrative of all of the company’s services.

The niche business is making money because it is so necessary. Nirvana’s massive Singapore columbarium opened in 2009 as space for burials on the island was shrinking so fast that bodies were being exhumed after only 15 years to make room for the newly dead. Other Asian urban centers are also putting pressure on citizens to choose something besides a land burial. 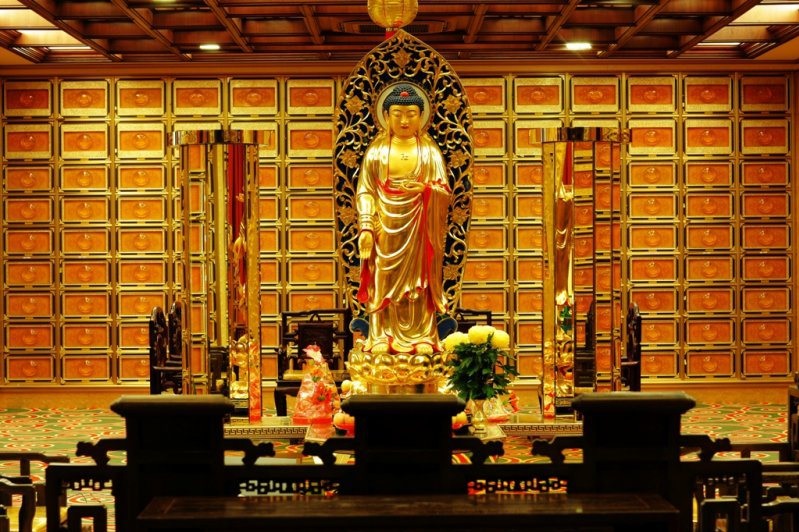 Nirvana Asia said 40% of the proceeds of its IPO will be used to add new cemeteries, columbarium facilities, and funeral homes in new markets. The biggest opportunity may be nearby, in mainland China, where burial plot prices have skyrocketed, as the government has tried encourage families to scatter their relatives’ ashes at sea, or banned land burials entirely.

Due to land restrictions, ground burials are mostly outlawed in Hong Kong except under special circumstances. Space in local columbaria is so scare that there are lottery systems for public niche spaces. Private columbaria, like the ones run by Nirvana, can charge as much as HK$500,000 ($64,483) for a spot that fits a small urn. …

How Your Doc Might Accidentally Make Your Symptoms Worse