Bill Fleckenstein: President of Fleckenstein Capital – Bill is a professional money manager with over 30 years of experience, he also writes a daily Market Rap column for his Web site at Fleckenstein Capital.  Bill has appeared at one time or another in virtually all financial media including Bloomberg, CNBC, The New York Times, MSN, Marketwatch, Barron’s and more.  He is often quoted in both national and international media.  Bill is a highly sought after speaker, successful author of “Greenspan’s Bubbles” and he has written daily commentary on market action since 1996 and FleckensteinCapital.com, which launched in 2003.

Biography From Fleckenstincapital.com:
About Fleck

I have been a professional money manager since 1982. I began writing my daily market commentary in 1996 and launched FleckensteinCapital.com in 2003. Initially, the Market Rap was a daily recap of market events, with an added "Yes, but…" emphasis. I quickly learned that the contrarian viewpoint was often misrepresented and under-reported. Since then, my daily column has always called it like I see it.

To subscribe by check (yearly subscription):
Send your check or money order for $130.00 to:
Fleckenstein Capital, Inc.
815 Hillside Drive E
Seattle, WA 98112
Important: Include a username, password, one alternative username and your email address.

About Bill
Bill is a professional money manager with over 30 years of experience. He has written daily commentary on market action since 1996 and FleckensteinCapital.com launched in 2003.

Market Rap
The Daily Rap is an analysis of market action from Fleck’s legendary contrarian viewpoint – the purpose is to educate even a novice investor of a critical perspective that’s misrepresented and underreported.

Ask Fleck
Ask Fleck is where readers have the opportunity to have a personal conversation with Bill and submit their own investing questions via email. This is a daily feature and often “Friends of Fleck” will write pieces that will appear here.

Greenspan’s Bubbles
Bill is a longtime critic of ex-Fed chairman Alan Greenspan. The book uses transcripts of Greenspan’s FOMC meetings and testimony before Congress to highlight his most devastating mistakes, connecting back to every economic calamity of the past 19 years.

Friends of Fleck
Here you can find (aligned) thought leaders and personal friends of Bill. You can often find them referenced in Ask Fleck, and many submit their own pieces to post as well.

Read Me
If you have questions about Bill or the site, please see the Read Me section. For additional questions, email [email protected]

Appearances
Here you can find Bill’s most recent TV appearances and relevant links or articles.

Fleck's Thoughts
Edited by Rap readers, a collection of favorite "thoughts" from Bill.

Note:
A subscription is required to access “real-time” content. Raps and Ask Flecks will be archived and accessible a year after their original publish date to visitors of the site.

Greenspan's Bubbles : The Age of Ignorance at the Federal Reserve 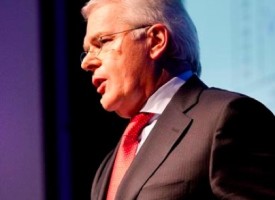 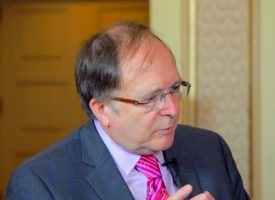