Alasdair Macleod gives an important update on the gold, silver and US dollar markets.

Gold, Silver And US Dollar Update
December 22 (King World News) – Alasdair Macleod:  “Gold and silver prices were little changed on the week, with gold up $2.50 in morning trading, European time, at $1478. Over the same time period silver was up eight cents at $17.06. Comex volume was seasonally light all week. 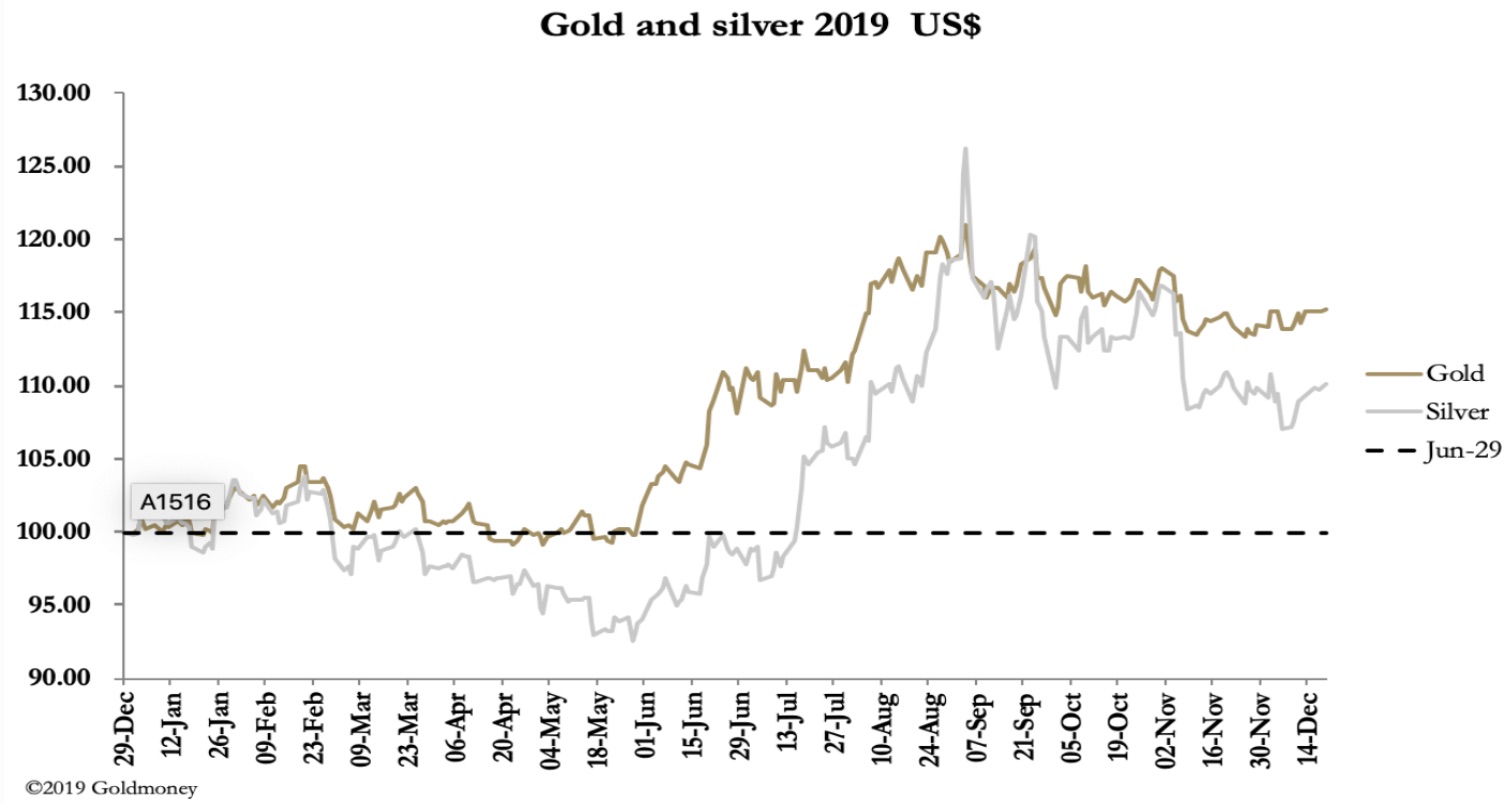 However, open interest in gold continues to hit record levels, with last night’s OI (Open Interest) standing at a preliminary 730,040 contracts. This is illustrated in our second chart.

The divergence between open interest and the price tells us there is a gargantuan struggle between bulls and bears, the speculators and the bullion banks. But ahead of the December contract’s expiry, there was a massive rollover of 109,000 contracts, suggesting there is one bull of 90-100,000 contracts, presumably acquiring even more on the dips since. It could be that we are witnessing an attempt to break the Comex bank. And as open interest continues to soar, the stakes increase.

It comes at a difficult time, with the Fed committed to injecting up to $500 billion into the banking system through the repo market at the year end. Besides the inflationary implications, there is a growing feeling there may be a year-end crisis of some sort, for reasons discussed in last last week’s market update.

If a year-end monetary dislocation happens, it is likely to lead to higher bond yields, if only because the US Government continues to have funding requirements. And yields have already been rising, as the next chart of the 10-year US Treasury bond yield illustrates. 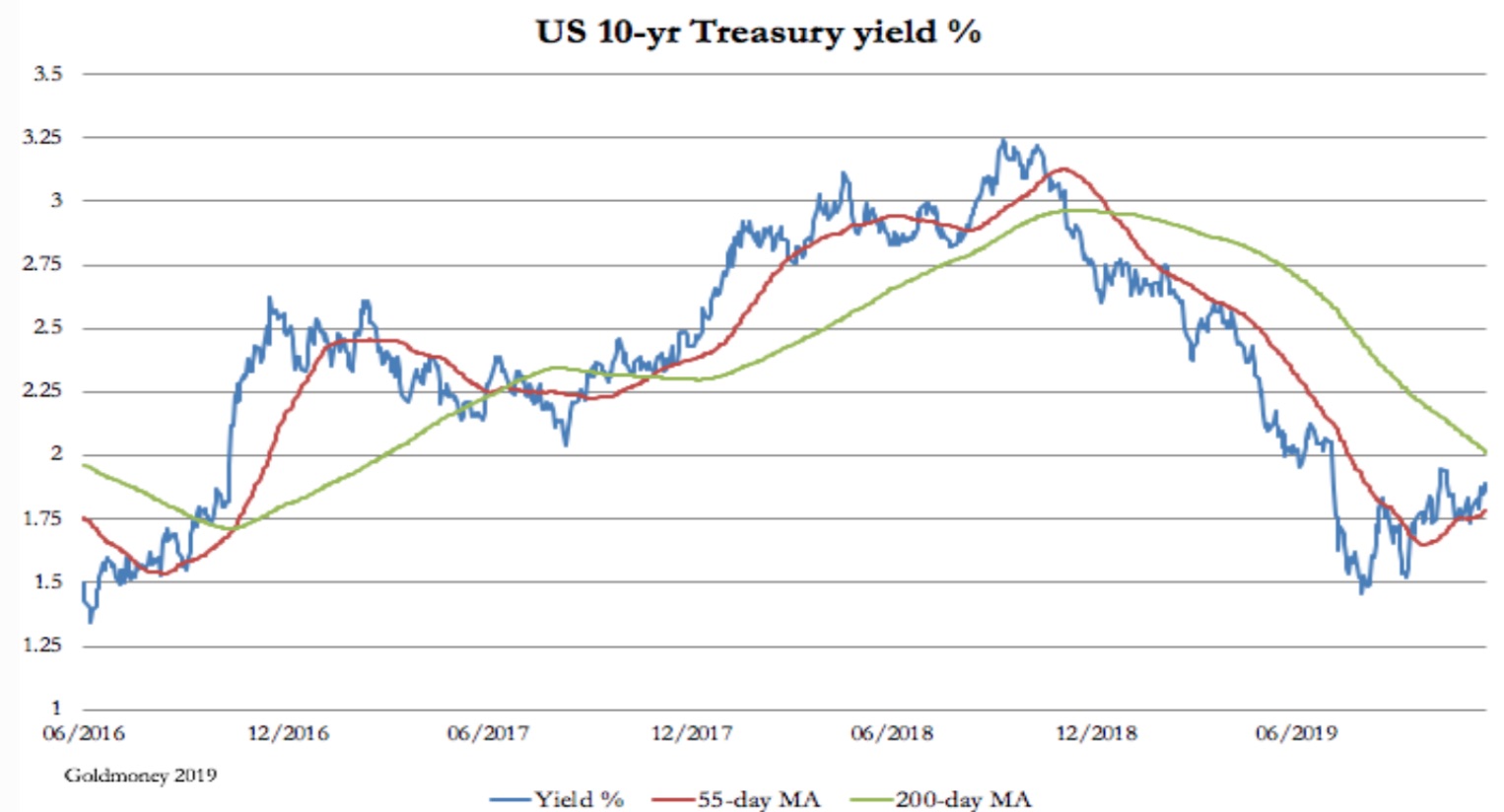 Compared with the current yield of 1.91%, a rally to test the 2% level where the 200-day moving average resides can be expected, but if that level is exceeded alarm bells will be ringing. In any event, it must shortly dawn on market participants that at the centre of the crisis is government funding, which is all being satisfied by the expansion of bank credit. And if we look at the dollar’s trade-weighted, that is also precarious, which is our next chart. 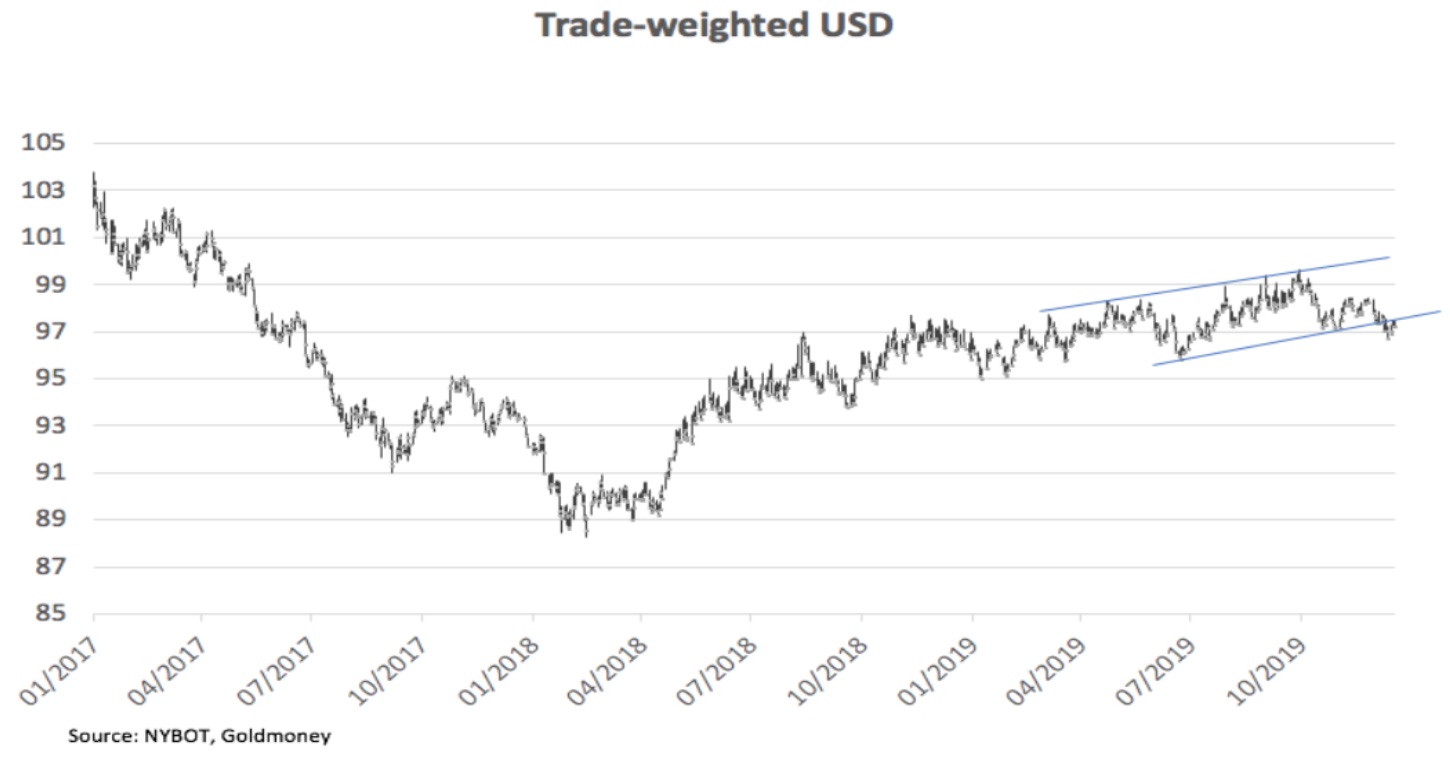 The dollar appears to have lost its upwards momentum, but it is not yet clear that a bear case can be made on technical grounds. But if the large US banks reduce their balance sheet commitments by reducing their reverse repos with the hedge funds (which have borrowed euros to buy US T-bills to capture the yield spread), the dollar could tumble as their long dollar/short euro positions are unwound.

It is against this background that a whale appears to be hiding in Comex gold futures. The size of the position is as much as $15 billion, substantial by any measure. It will require the bullion banks to up the ante considerably to break it, and we must be prepared for a few coordinated hits by the bullion banks, with or without government assistance, in attempts to harpoon the whale.

We will have to see who has the deeper pockets, but if the gold price is driven perhaps by a growing sense of crisis, those of us with positions should be prepared for a rocky, maybe spectacular, ride.

To listen to Egon von Greyerz’s powerful KWN audio interview CLICK HERE OR ON THE IMAGE BELOW.