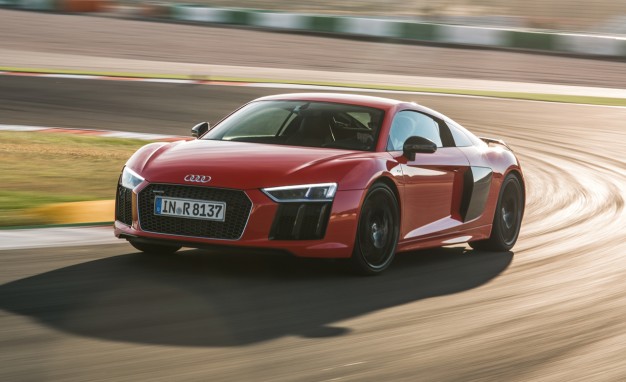 -Hardware matters, but often it’s the software that tells the hardware how to operate that makes the difference. That’s true for smartphones that tech websites tear down to reveal $40 worth of parts, but increasingly also for cars—even the ones that don’t drive themselves around racetracks. The new Audi R8 is perhaps the greatest example of tuning through 1s and 0s. There’s no question the hardware here is superb. The Audi is the Lamborghini Huracán’s twin sister, and mechanically the two cars are as closely related as any two GM J-bodies. They share the same engine, transmission, partially carbon-fiber floor and bulkhead, chassis hard points, steering system, and electronic architecture. Meaning it’s the software that gives each of those components a very different character in the two supercars. The Audi is, as you would expect, dowdier and marginally less exciting, yet on first acquaintance we suspect it is destined to be seen as the higher achiever. READ MORE ››