With continued volatility in key global markets, one of the top analysts in the world says silver is on its way to new all-time highs along with gold. There are also two remarkable charts included in this fantastic piece.

“We’re very bullish on gold, which is the anti–paper money, of course, and is underowned
by investors around the world.” — Paul Singer

If one compares the performance of the gold price to that of the stock market, one can see that the relative weakness in gold which has persisted since the autumn of 2011 appears to be ending (see chart below). 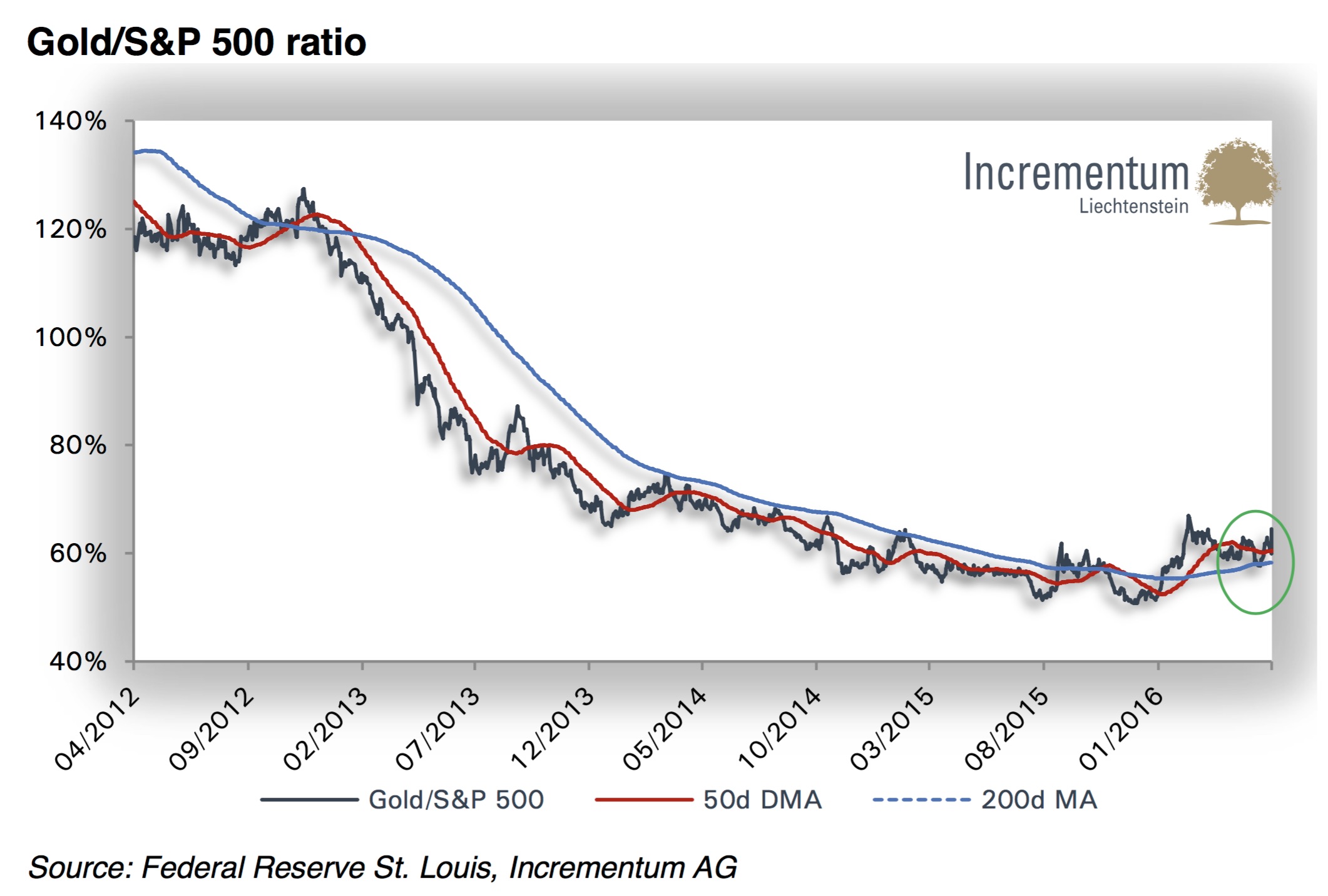 We already pointed out last year that the momentum of this trend was weakening noticeably. Now it appears as though the downtrend has ended and a turnaround has begun. After the past several years of gold underperforming against stocks, the tide may be turning in favor of gold with respect to the coming years.

King World News note:  If you look carefully at the above chart, gold has ended a bearish phase vs the S&P 500 (stocks) by breaking decisively above the 200-day moving average (in blue).  The gold breakout has consolidated above that key moving average (in blue) and appears ready to breakaway to the upside in the coming months and years.  This will mean a tremendous outperformance by gold vs the S&P 500 (stocks) that will last for many years to come.  To be part of that trend you must own physical gold, silver and the accompanying shares.

Price Of Silver To Soar!

Stoferle continues:  Analogous to the gold price we want to take a look at the inflation-adjusted silver price as well. The current price of silver doesn’t even look particularly expensive in nominal terms. Adjusted for CPI and Shadow Stats inflation rates, the price of silver is definitely at a historically extremely low level (see chart below, silver has risen near $20 currently). 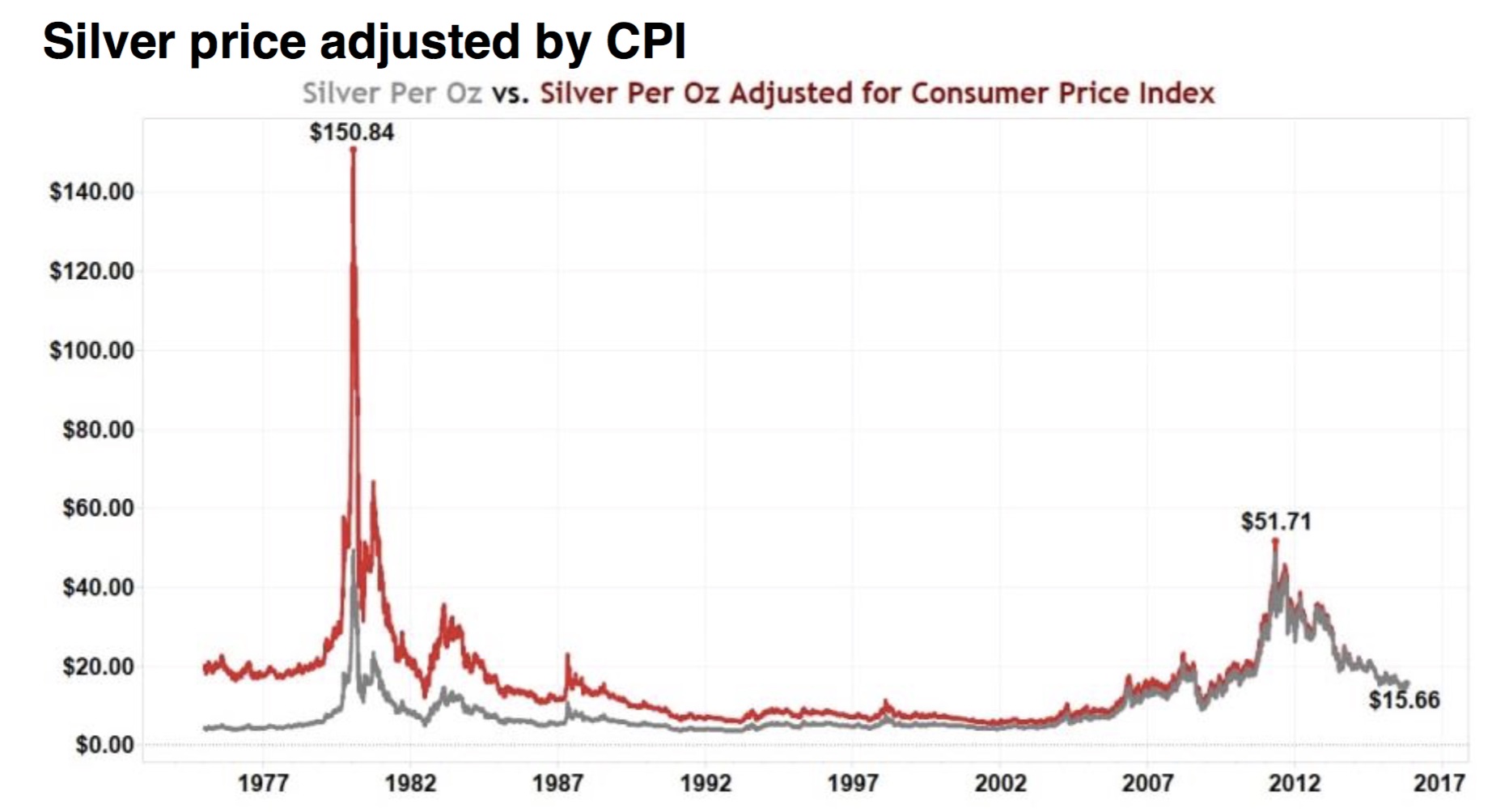 Should our assumption of an upturn in the trend of price inflation turn out to be correct, silver will be one of the investment assets likely to benefit the most from the inflationary trend in coming years. At a gold price of $2,300 and a gold/silver ratio of 40 (which would appear quite realistic to us in an environment of rising inflation) the price of silver would stand at $57.50.

King World News note:  If the price of silver hits the $57.50 price level noted above, it would break the 1980 high of $50.  When commodities hit new all-time highs they more than double in price very quickly.  A good example of this is when the price of gold broke the 1980 high of $850, it soared to $1,920 before its mid-cycle correction took hold.  Meaning, gold more than doubled in price after hitting new highs.  So the price of silver is headed well above $100, the key question is: How much higher than $100?  This will also mean staggering gains for the owners of high quality silver mining shares.

***Also Just Released: China’s Plan B Is About To Shock The World And The Gold Market Click Here.