With people around the world worried about the escalating crisis in Greece and conflicts in the Middle East and Ukraine, today former U.S. Treasury official, Dr. Paul Craig Roberts, exposes a shocking behind the scenes look at what is now unfolding in Greece.

July 7 (King World News) – I doubt that there will be a Greek exit….

The Greek referendum, in which the Greek government’s position easily prevailed, tells the troika (EU Commission, European Central Bank, IMF, with of course Washington as the puppet master) that the Greek people support their government’s position that the years of austerity to which Greece has been subjected has seriously worsened the debt problem. The Greek government has been trying to turn the austerity approach into reforms that would lessen the debt burden via a rise in employment, GDP, and tax revenues.

The first response of most EU politicians to the Greek referendum outcome was to bluster about Greece exiting Europe. Washington is not prepared for this to happen and has told its vassals to give the Greeks a deal that they can accept that will keep them within the EU.

If the inflexible Germans were to have Greece booted from the EU, Greece’s turn to Russia and financial rescue would put the same idea in the heads of Italy and Spain and perhaps ultimately France. NATO would unravel as Southern Europe became members of Russia’s Eurasian trade bloc, and American power would unravel with NATO. This is simply unacceptable to Washington. 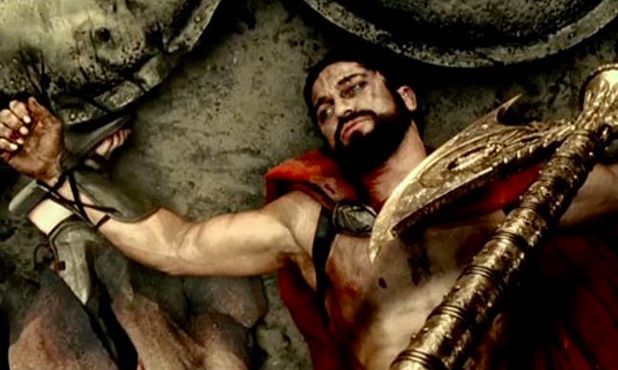 I conclude that the “Greek debt crisis” is now contained. The IMF has already adopted the Greek government’s position with the release of the IMF report that it was a mistake from the beginning to impose austerity on Greece. Pressured by this report and by Washington, the EU Commission and European Central Bank will now work with the Greek government to come up with a plan acceptable to Greece.

This means that Italy, Spain, and Portugal can also expect more lenient treatment.

The losers are the looters who intended to use austerity measures to force these countries to transfer national assets into private hands. I am not implying that they are completely deterred, only that the extent of the plunder has been reduced.

As I have previously written, the Greek “debt crisis” was an orchestration from the beginning. The European Central Bank is printing 60 billion euros per month, and at any time during the “crisis” the ECB could have guaranteed the solvency of any remaining creditor banks by purchasing their holdings of Greek debt, just as the Federal Reserve purchased the troubled mortgage backed “securities” held by the “banks too big to fail.” This easy solution was not taken.

The orchestration was a benefit to Western financial interests in general by enabling enormous speculations on the euro and gambling with derivative bets on sovereign debt and everything connected to it. Each successive “crisis,” such as Sunday’s No vote, became cover for an attack on oil or other commodities. The rigging and manipulation of markets can be hidden by pointing fingers at the latest “crisis.” 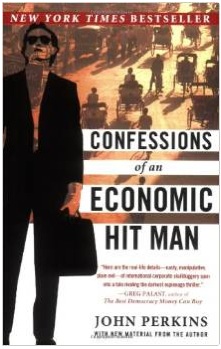 Confessions of an Economic Hit Man

John Perkins in his book, Confessions of an Economic Hit Man, describes the process by which Western financial interests intentionally over-lend to weaker countries and then use the pressure of the debt to force the transfer of the countries’ wealth, and often sovereignty, to the West. The IMF and its austerity programs have long played a role in the looting.

In exchange for reducing euro debt on Greece’s books, Greece was to turn over to private interests its water companies, ports, and protected islands. Unless the One Percent can purchase the current Greek government as it purchased previous governments (for example, with payoffs to borrow money with which to purchase submarines), the referendum has frustrated the looters.

In my book, The Failure of Laissez Faire Capitalism, I explained that the Greek “debt crisis” had two other purposes. One was to get rid of the practice of restructuring a country’s debt by writing it down to a level the country could afford and to establish in its place the new principle that people of a country are responsible for the mistakes of creditors who over-lend. The write-down is no longer to occur on the balance sheet of the creditors’ but instead becomes a write-down of pensions, social services, and employment. This, too, is a process of looting.

The other purpose, as Jean-Claude Trichet, the previous head of the European Central Bank, made explicitly clear, was to further reduce the sovereignty of member states of the EU by transferring authority over fiscal policy (tax and spend decisions) from national governments to the EU in Brussels.

Russia and China have missed an opportunity to begin the unraveling of NATO by assisting Greece’s departure from the EU. Whatever the cost, it would be tiny in comparison to the military buildup that Washington is forcing on both countries. Russia and China might have decided that Washington could no more accept Greece’s alignment with Russia than Russia can accept Ukraine becoming a member of NATO.

If the Greek situation and the waiting Italian and Spanish situations are now resolved along the lines that this article suggests, it means that the NATO mechanism for Washington’s pressure on Russia remains intact and that the conflict that Washington has created will continue. This is the bad news and the downside of Greece’s victory over the looters. ***ALSO JUST RELEASED: Man Who First Predicted Greek Bank Deposits Would Be Stolen Now Says Global Collapse Is Imminent CLICK HERE.