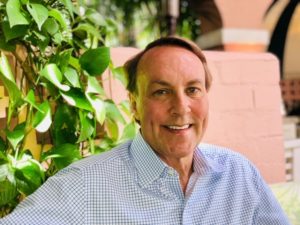 DAVID W. TICE, CFA – Tice founded the Prudent Bear Fund (BEARX) and served as portfolio manager from 1996-2008. For the ten years ended 12/08 when Tice sold the fund, BEARX increased in value at a 8.0% annualized rate, while the S&P 500 lost 1.4% annually. Tice utilized short sales of overvalued common stocks and stock indices, as well as being long precious metals’ mining companies to achieve a negatively-correlated investment return profile. Mr. Tice began his investment career in 1988 by publishing Behind the Numbers, an investment research service that focused on “Quality of Earnings Warnings and sell recommendations” for more than 150 money managers who collectively managed more than $2 trillion.

His work gained national recognition through several Barron’s articles he wrote, and from more than 200 appearances on business television.  Tice has taken the role of a Cassandra to warn investors about the dangers of investing near theend of a secular bull market and the problems with relying on credit growth to expand the economy, and he has debated nearly every bullish Wall Street strategist. In September 1999, Mr. Tice hosted the New York symposium, “The Credit Bubble and its Aftermath” to alert the media, investors and policy makers about the risks created by the historic expansion of credit. The Symposium was covered by the next day’s front page of the Wall Street Journal.   In June 2001, Mr. Tice testified before Congress regarding conflicts of interest of Wall Street and the consequences of capital markets that lack integrity.

Since his role at Federated, Tice currently serves as President of Tice Capital and was the executive producer and financier of a major motion picture entitled Soul Surfer, released in 2011. He’s the CIO of the Ranger Equity Bear ETF (HDGE) and a partner of Moran Tice Capital Management, LLC, a firm that offers ‘fiat money defense’ money management through SMAs and a fund.   He’s also on the Advisory Board of XBullion, a gold-backed secure token and he’s also been a very active board member and investor in a cybersecurity SaaS company that provides ‘intelligent data’ protection that is changing the way data is protected.