Silver is preparing to blastoff, plus 3 key charts and more…

Hi-Ho Silver
January 24 (King World News) – Graddhy out of Sweden:  Silver is getting ready to break out above that 12 year halfway pattern with pink bull flag providing the energy. 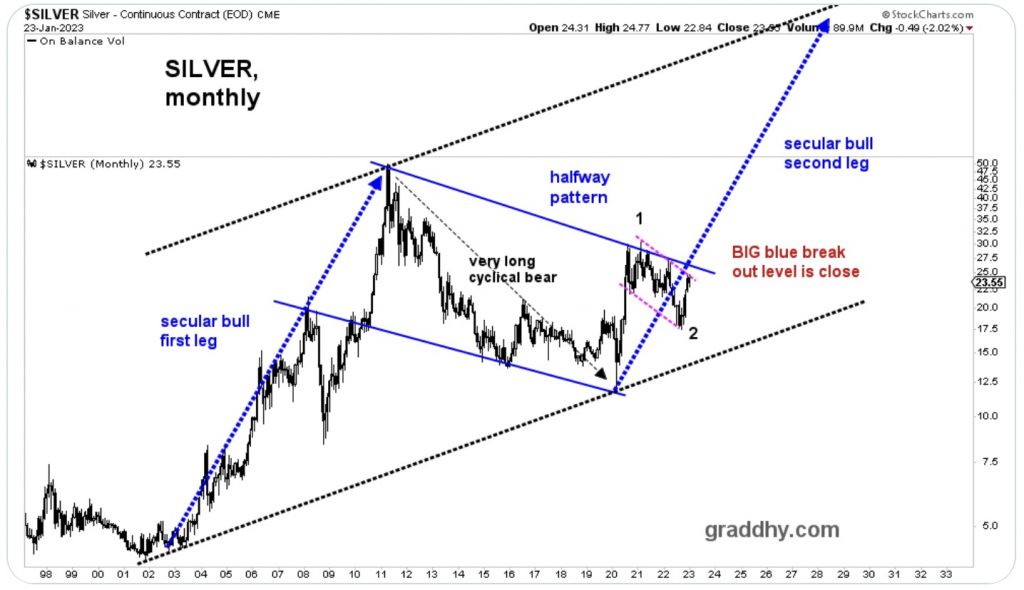 3 Key Charts
Graddhy out of Sweden:  And this chart shows the correlation between the three: as US yields & US dollar were topping with parabolic moves, gold was bottoming.

USD has topped big time and gold is in a runaway move.

3 KEY CHARTS:
Yields Topped Along With Dollar And Gold Bottomed 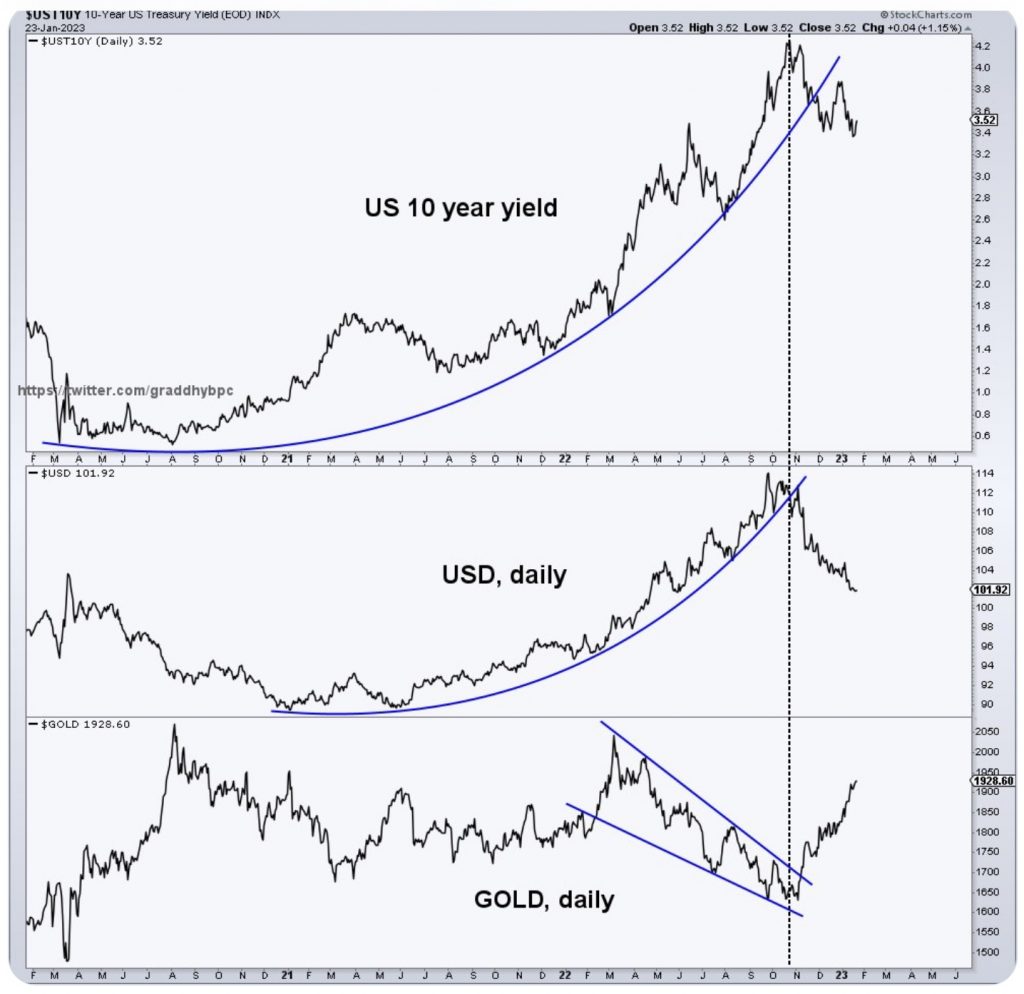 Overnight
Art Cashin, Head of Floor Operations at UBS:  Overnight, global equity markets are showing rather subdued moves, influenced in part by the bounce again in the United States on Monday. Again, the exception is Japan where markets are up the equivalent of about 400 points in the Dow. There was some economic numbers, but they don’t seem to be as much an influence as the trading in New York on Monday.

The U.S. calendar in the U.S. is very light. We will get some PMI data right after the opening bell and then in late morning, Richmond Fed data comes out. There is a two- year auction at 1:00 pm and again, no Fed speakers since they are on their quiet period in front of the February meeting. The U.S. equity futures are showing small fractional losses in reaction to some mild earnings disappointments. The slide rule had predicted we should see the pullback resume this week. They certainly were nowhere near correct on Monday. After the brief post-opening pullback, stocks roared ahead as we noted, led in the afternoon by the techs with Nasdaq up over 2%, which is a very strong gain.

The technicals, actually, confounded some of the big graph paper guys. We managed to rally above the 200-day moving average in the S&P and above the down-trendline that goes back almost to this time last year. That having been said, the seasonals keep suggesting we should be moving toward a small rollover here. Yet, there has been no sign in the market. So, we may have to go back and re-examine the technicals to see if there is a reason for the discrepancy with the topping process slightly delayed.

So, we will have to stick with the current drill and that is to stay close to the newsticker. Keep your seatbelt fastened. Stay nimble and alert and above all stay safe.