Introducing “The Belkin Gold Report” – Are gold stocks a part of your investment portfolio? Do you want them to be?

This is your opportunity to take advantage of a historically undervalued asset class—with weekly advice from a seasoned financial professional. Now, Michael Belkin applies the same tested forecast models that have made The Belkin Report a must‐read to the gold asset sector.

•    Why gold has appreciated by 200% since 1983—but gold mining stocks have actually plunged by  43% during the same period.

•    How you can take advantage of these undervalued assets—and which ones to buy.

•    The inside story—what’s really going on, from an independent financial professional, untainted by endorsement deals or vested interests.  In a market flooded with overvalued assets, gold mining stocks offer exceptional long‐term value. But you need expert help to make the most of this opportunity.  The Belkin Gold Report is designed for investors already in gold assets—and those who intend to be. It identifies stocks that can outperform the PHLX Gold/Silver Index (XAU). These are all senior and mid‐level producers and exploration stocks, listed on the North American, London, and Australian exchanges.  As a subscriber, you’ll receive your downloadable report every Tuesday morning, with:

•    A list of recommended stocks (including recent additions and deletions)

•    A brief commentary providing an overview of latest developments

To receive the SPECIAL $100 DISCOUNT EXCLUSIVELY FOR KWN READERS & LISTENERS regarding “The Belkin Gold Report” use this PASSWORD: KINGSGOLD and CLICK HERE or email Hyperpyron

•    Since 1992 the Belkin Report (BR) has helped portfolio managers outperform their benchmark indices, and assisted hedge funds to harvest absolute gains. The BR combines a weekly x‐ray of market sector performance with forecasts for each one. Its proprietary forecast model focuses on sectors, groups, and individual stocks, with a particularly strong emphasis on sector rotation. The report also features a macro view on global market developments, with a critical eye on central bank credit operations. The BR’s track record of accurate calls has earned it the attention and loyalty of major investment houses around the world.

•    The word iconoclast applies well to Michael Belkin. That’s someone who “attacks cherished beliefs, or traditional institutions, as being based on error or superstition.” Of course, there are plenty of other folks doing that in the investment field. What distinguishes Michael is that he backs up his declarations with data.

•    Since 1992, The Belkin Report has used Michael’s proprietary forecasting model to project the performance of market sectors, groups, and specific stocks. It provides three‐ and twelve‐month forecasts for financial markets based on rates of change. Because of its track record, The Belkin Report has become a trusted resource for top hedge funds, mutual funds, pension funds, insurance companies, family offices, and sovereign wealth funds across the globe.

•    Michael graduated from The Haas School of Business at the University of California Berkeley, where he conducted independent research sponsored by the legendary Mark Rubinstein. His innovative steak was apparent even then. “I developed my own models,” he says, “after studying what they taught us in econometrics—because I found mainstream models were not effective.”

•    In 1986 he was recruited by Salomon Brothers as a market analyst, and soon moved into proprietary trading, attaining the position of vice‐president. There he made his first big splash in the investing community by accurately forecasting the collapse of the Nikkei Average—which subsequently dropped 37%. Among Michael’s other accurate predictions: the top in the U.S. tech bubble in 2000, the subsequent stock market low in 2002, the housing bubble top in 1997, and the post‐collapse low in 2009.

•    Besides producing The Belkin Report every week, Michael is a frequent speaker at financial industry events and a guest commentator on TV business news networks. He lives on Bainbridge Island, Washington, with his wife. 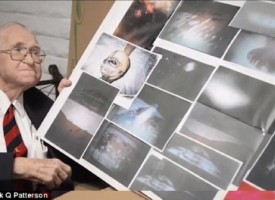