Day Of Reckoning, Look At These Shocking Inflation Numbers, Plus What Will It Take To Crash This Market?

A day of reckoning is coming, look at these shocking inflation numbers, plus what will it take to crash this market?

A Day Of Reckoning Is Coming
August 5 (King World News) – Michael Burry:  The Silliness is back. After 1929, after 1968, after 2000, after 2008, the strain of Silliness that transformed bulls into bubbles completely and utterly disappeared. But that familiar COVID-era Silliness is not dead yet. Like 2001 before Enron, before 9/11, before WorldCom… 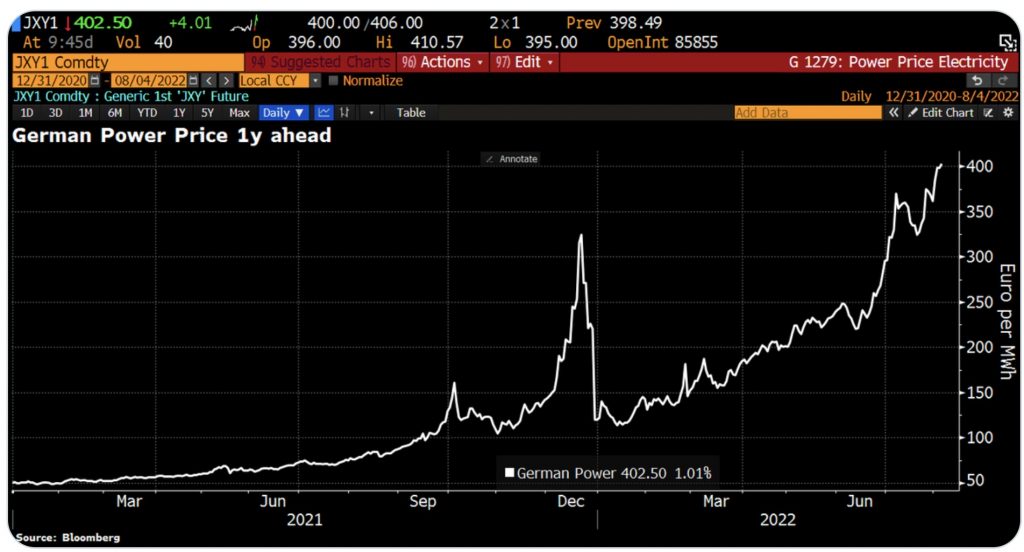 Energy Shock
Bloomberg Energy:  The energy shock hitting UK citizens’ incomes is about five times as bad as the worst episode of the 1970s, according to the Bank of England.

A Hard Winter For Many
Willem Middelkoop:  The coming winter will be hard for many Most will pay 2000-4000 euro more for heating.

What Will It Take To Crash This Market?
The Kobeissi Letter:  Recent Events:

If this can’t crash the market, what will?