NOTHING TO SEE HERE:
This Was The 15th Emergency Fed Meeting This Year 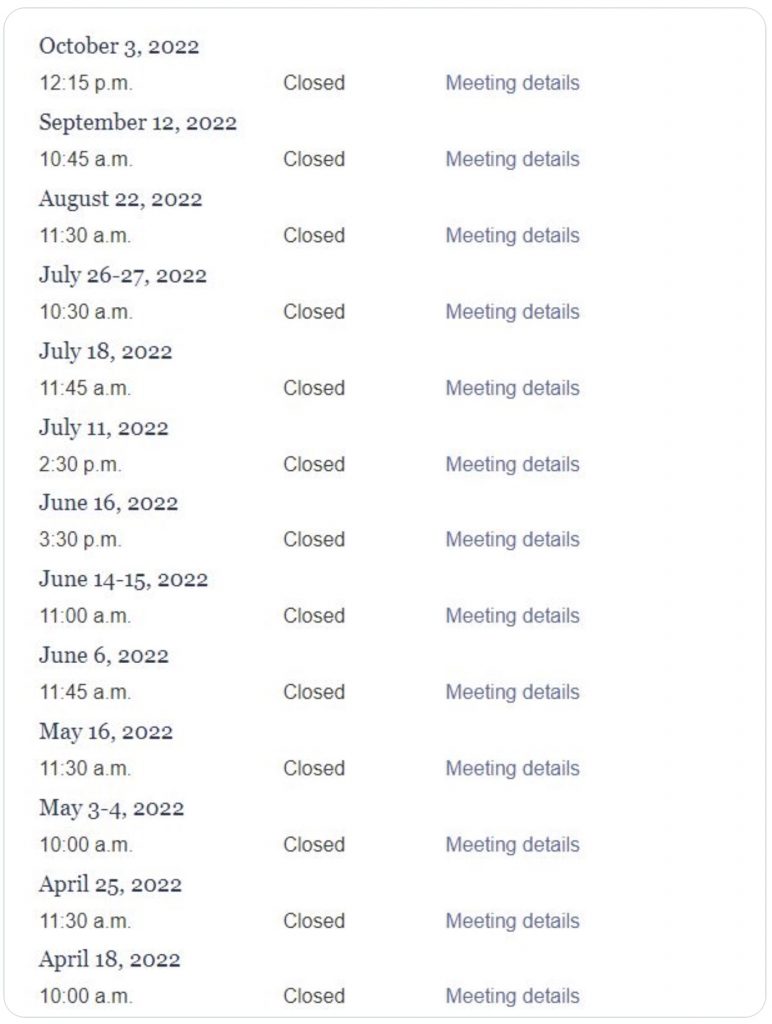 Silver
Otavio Costa:  Interesting fact: Last time silver went up as much as today was November 2008.

That was the bottom and silver went up 400% in the next two and a half years. 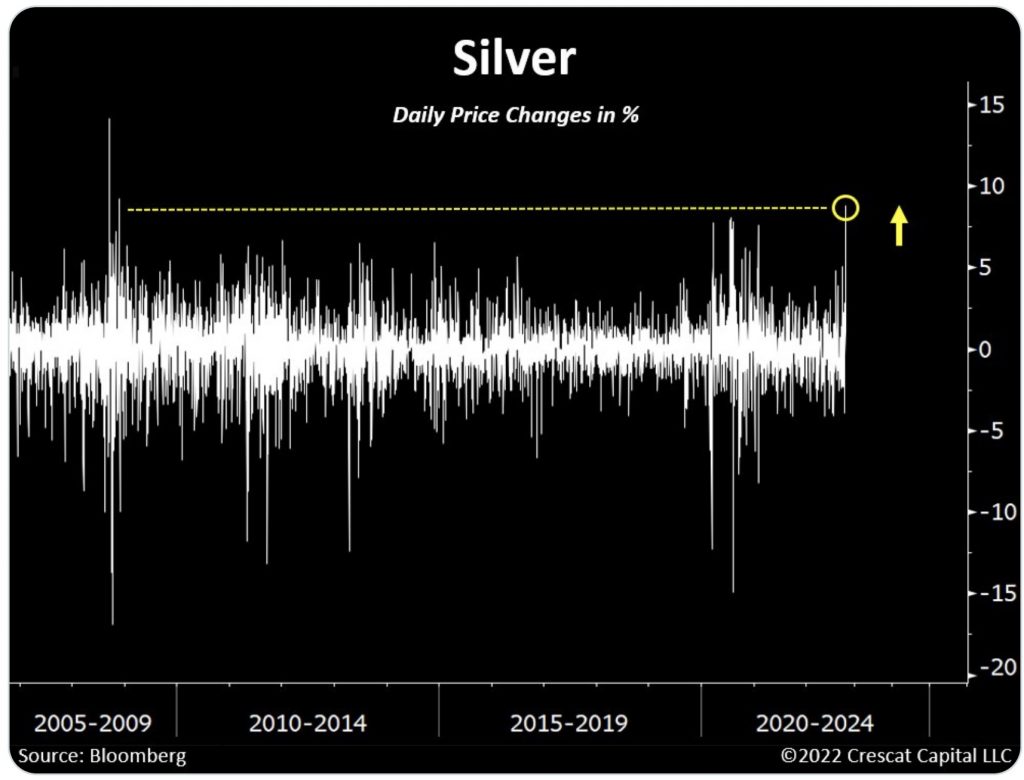 Bear Market Rally
The Kobeissi Letter:  Today’s bounce in stocks was overdue and “healthy.” In fact, to see a prolonged bear market it would be good for this relief rally to continue.

Bear Market Bounce
Art Cashin, Head of Floor Operations at UBS:  This looks very much like a bear market bounce.  After having sold off much of last week and becoming broadly oversold, the market benefitted from the reversal on the British taxes and the top in yields, prompted by the flight to safety over the weekend amid rumors of financial stresses and strain.

So, without a microscope, it would appear that we started out with the flight to safety bringing a bid under equities along with the movement in oil helping the energy sector.  Then, without any real substantiation, it appeared that a bout of short covering kicked in and, then at 10:00 a.m., the ISM data was weak enough (raising hope of cautioning the Fed) and, more importantly, prices paid seemed to soften, reinforcing the hypothesis that inflation may have peaked and that seemed to light the afterburners a bit and took us to the session highs so far.

Markets are now beginning to reassess slightly, but they do look reasonably steady here.  We think a key will be the S&P close today.  If they close below 3636, it will be bad or will this be one of those bear market bounces that last for several days or maybe two weeks.  We will wait and see.

Interestingly enough, the rumormongers don’t appear to be agitating much about the … meeting of the Fed Board of Directors.  You will recall on Friday, they pointed out that it was an “expedited” meeting.  Not open to the public with the gossip about financial institutions over the weekend.  You would have thought that they were going to drum up excitement about the meeting and how it might mean the Fed was intervening in some way.  If it were to be so, I am told, then among the participants would have to be John William, President of the New York Fed.  He is speaking in Phoenix this afternoon, but perhaps, he would be able to participate electronically, but so far, the rumormongers are elsewhere, including trying to resurrect all that tactical weapon stuff.

Meanwhile, let’s go over a couple of today’s numbers.

If the yield on the ten-year crawls back above 3.70%, that will be bad for the bulls.  Also, they would like to see the VIX close above 30 or 31 (right now an open question).

So, we will keep looking at the yields and at the levels of the indexes.

BoE Emergency Intervention, European Crisis, US Dollar, Gold & More
To listen to Nomi Prins discuss the emergency Bank of England intervention in the UK, crisis in Europe and what to expect next for the US dollar, gold and much more CLICK HERE OR ON THE IMAGE BELOW.

ALERT: This Has Only Happened Twice In The Gold Market In 40 Years!