Today King World News is pleased to share a fantastic piece which give readers a remarkable view of the war in the silver and crude oil markets.  This piece also includes two key illustrations that all KWN readers around the world must see.

May 28 (King World News) – "The latest Commitments of Traders report showed the most notable change in precious metals, particularly silver. Smart-money hedgers have apparently been eager to sell into a rally, as they have now established their largest position against silver since 2010. Over the past four years, whenever their short position neared current levels, silver peaked almost immediately." 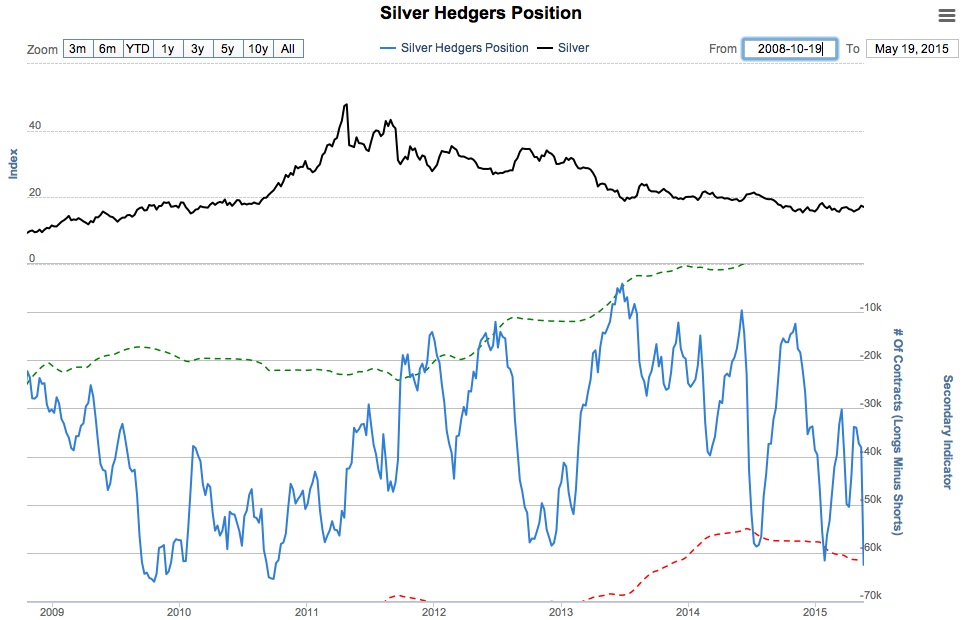 SentimenTrader also covers an important second alternative of the above silver chart:  "During the bull market prior to the past four years, such heavy shorting by hedgers had no lasting impact on silver, suggesting that if the metals can continue to rally in the face of this, then it is a glaring signal that the bear market has ended."

King World News WARNING:  If you look at the chart below, it shows the commercial hedgers in the crude oil market are now incredibly short after selling aggressively into the rally in crude oil. This is a major DANGER signal for crude oil traders and energy investors in the very short-term. The price of crude oil has pulled back a bit, so we will try to keep an eye on this market for any major changes in the hedgers positions. 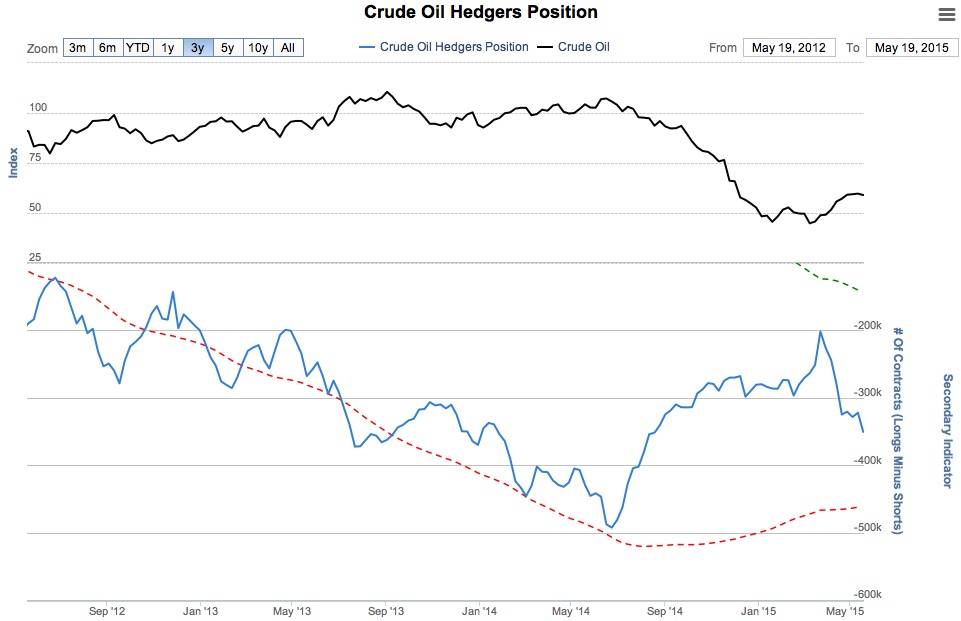 This is just a portion of one of the latest fantastic reports. To try a free 14-day trial of the internationally acclaimed work that Jason Goepfert produces at SentimenTrader simply CLICK HERE.

***ALSO JUST RELEASED: Bill Fleckenstein – The Crazy Fireworks Are As Wild As Anything I Saw In 1999 – Plus A Bonus Q&A That Includes Gold CLICK HERE.