On the heels of a pullback in the gold market and another rally in stocks, it appears that the golden streak should continue. Also, the public just bought the most puts on the stock market in history!

“Nice streak. Gold finally dropped on Monday, ending its streak of 8 up days. Since 1975, 8-day winning streaks have led to more gains over the next three months 10 out of 11 times.” — Jason Goepfert at SentimenTrader

Record Hedges
June 10 (King World News) – The following is from Jason Goepfert at SentimenTrader: Despite a full week’s worth of gains last week, some traders weren’t buying it. Even while “smart money” hedgers in Dow Industrials futures went net long for the first time since early 2016, other traders were selling or hedging aggressively…

IMPORTANT:
This is one of the greatest gold opportunities in U.S. history and you can take a look at this remarkable company and listen to the just-released fantastic interview with the man who runs it by CLICKING HERE OR BELOW

The smallest of options traders bought more than 3 million put options to open last week, the most in history, at least dating back to the year 2000 (see chart below). 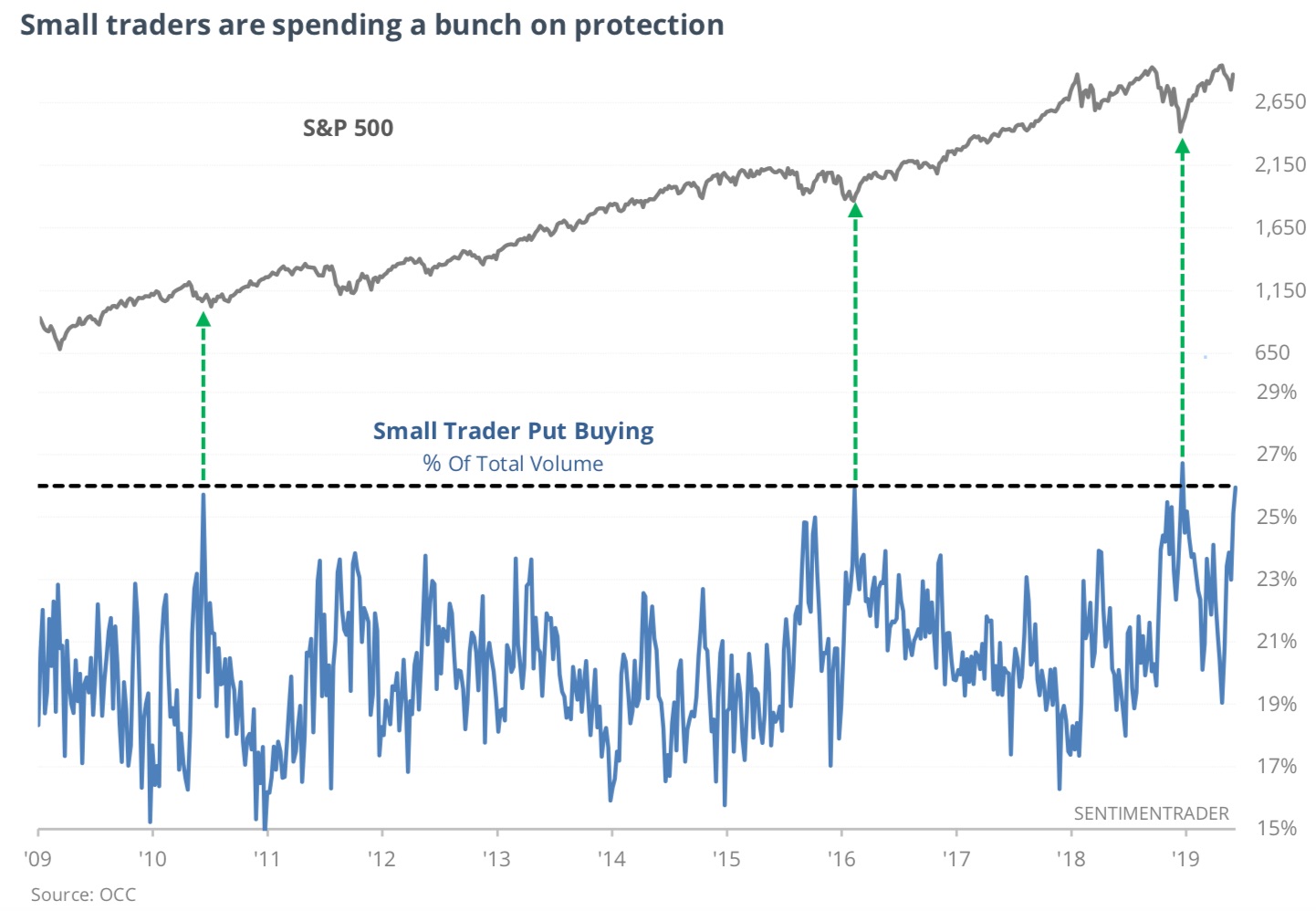 Total option volume has increased exponentially over the years, so those 3 million contracts aren’t as meaningful as they were before. But it still accounted for nearly 26% of the total volume among these traders.

Since the financial crisis, only three weeks have seen this much hedging activity by this group of traders. 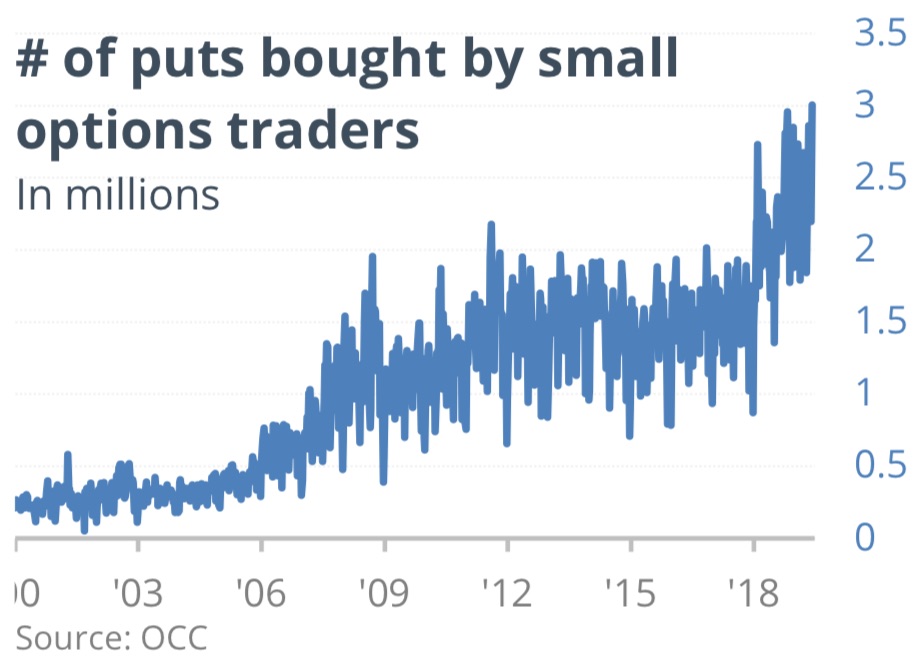 With stocks sitting near their highs, the weeks in 2002 and 2008 don’t seem as applicable, so if we filter out those dates, we can see that stocks enjoyed very strong returns with low risk after such heavy hedging from small traders. Looks to be a good sign here.

KWN has now released Egon von Greyerz’s powerful audio interview and you can listen to it by CLICKING HERE OR ON THE IMAGE BELOW.