With continued uncertainty in global markets, what the heck is happening here?

Massive Call Buying By Public
July 12 (King World News) – From Jason Goepfert at SentimenTrader:  On Tuesday, options traders bought to open a record number of call options versus put options on indexes and ETFs. There are a number of reasons this could mean something other than the obvious, but if we take the data on its surface and look at other times there was a big surge in call buying on indexes and ETFs, stocks struggled…

According to the ISE exchange, one of the largest options exchanges, traders bought to open 112 calls for every 100 puts on stocks on Tuesday. That’s not unusual and is actually on the low side.

But in indexes and ETFs, it’s a different story. Traders bought 354 calls for every 100 puts, a new record dating back to 2006. It’s impossible to know exactly what’s going on here – it could have been a single large fund hedging other parts of a portfolio, instead of a mass rush by bullish investors to bet on a rally via ETFs. It looks like SPY was the vehicle of choice, and that tends to be a playground for retail (mom and pop) investors, but that’s a gross generalization.

If we just take the data at its surface and see how stocks did after other times there was a big jump in call buying on indexes and ETFs, the sample size is too small but not especially encouraging. 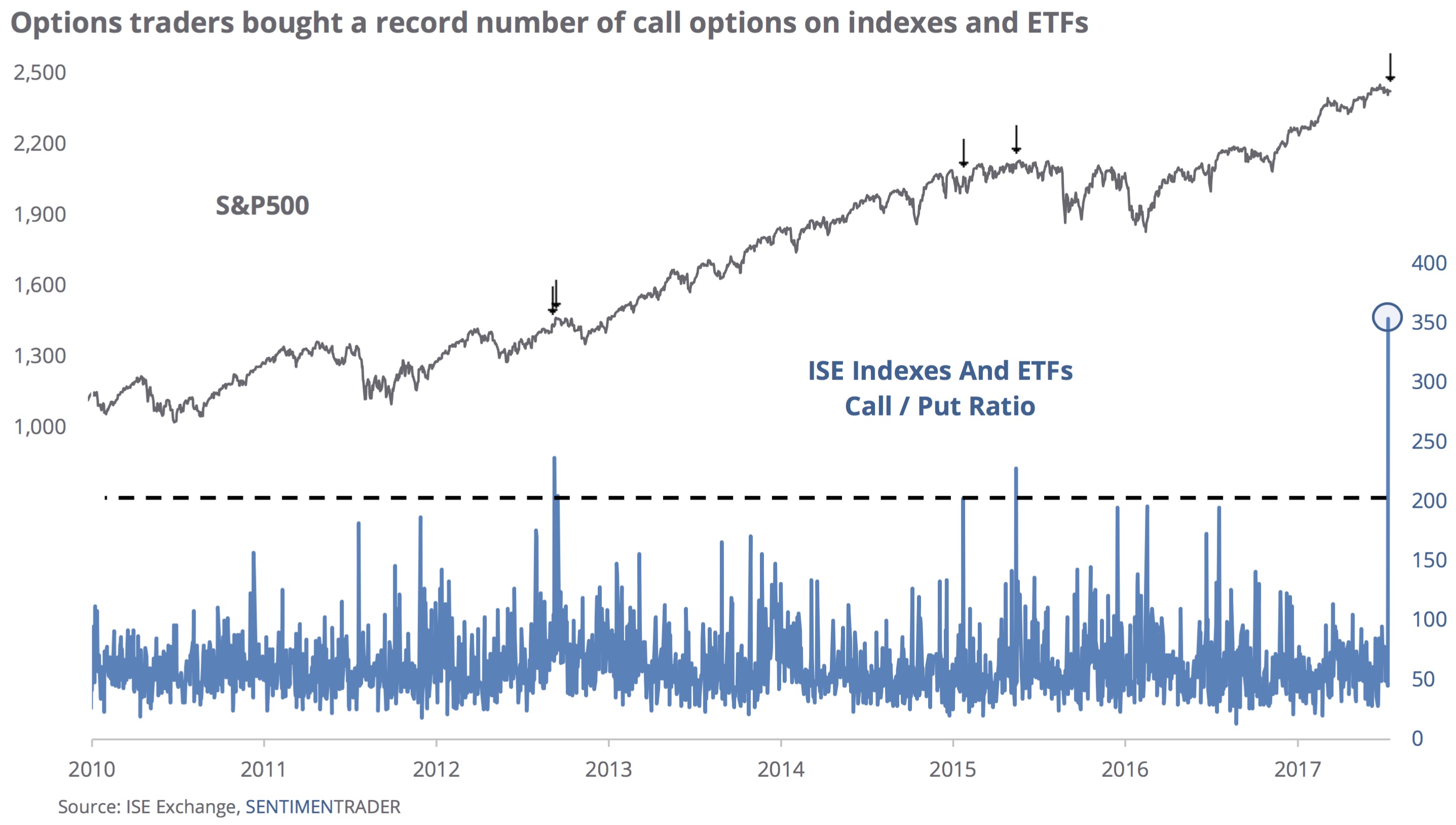 Because of the tiny sample size and difficulty in knowing, or even guessing, at the machinations behind the surge in call buying, we wouldn’t consider this a negative factor for stocks. It’s more of an eyebrow-raiser and something to keep in mind as a potential negative, like some of the breadth oddities that have triggered in recent weeks.

***ALSO JUST RELEASED: This Is Not Going To End Well CLICK HERE.