Below is a fascinating update on what is happening with GLD and the emerging markets.

The following charts and commentary are from Jason Goepfert at SentimenTrader:  ETF traders keep coming into gold. The GLD fund is seeing inflows even as the fund struggles to hold its gains. 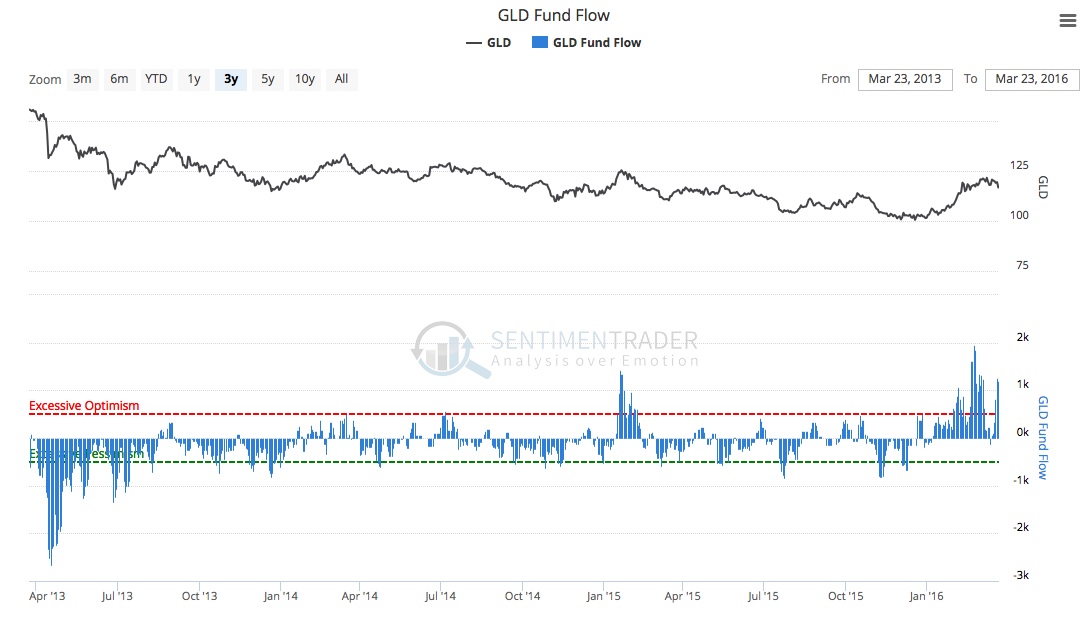 SentimenTrader continues:  Also notable is the continuing inflow to emerging markets. The EEM fund is seeing among its largest inflows in its history, something that has preceded at least short-term weakness in the past. 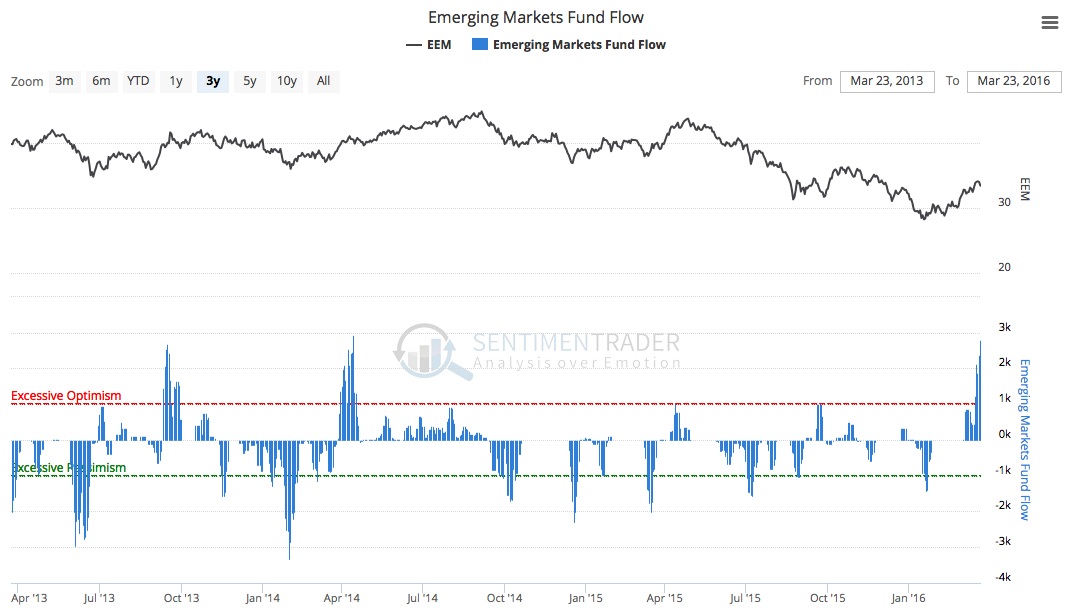 For those who want to know more about the war in the gold, silver and global stock markets, KWN has now released the extraordinary audio interview with Michael Belkin, who just issued a major call to global sovereign wealth funds around the world and it has to do with the silver market.  You can listen to it in his remarkable KWN audio interview that has just been released, where he discusses exactly what he is telling the largest sovereign wealth funds in the world right now by CLICKING HERE OR ON THE IMAGE BELOW.