With continued uncertainty around the world, we have just witnessed a very rare event in the gold market.

From Jason Goepfert At SentimenTrader:  Gold is now in a medium-term downtrend. At least, if one uses the 50-day average as a guide, which many do. For the first time in more than two months, gold closed below its 50-day, only the fourth time it went this long since its bear market began more than four years ago. Historically, losing its 50-day average after months above it has led to further losses in the shorter-term.

A popular indicator that traders use to gauge a market’s medium-term trend is the 50-day average. For better or worse, it’s a popular way to judge a market – in an uptrend above the average, and a downtrend when below. 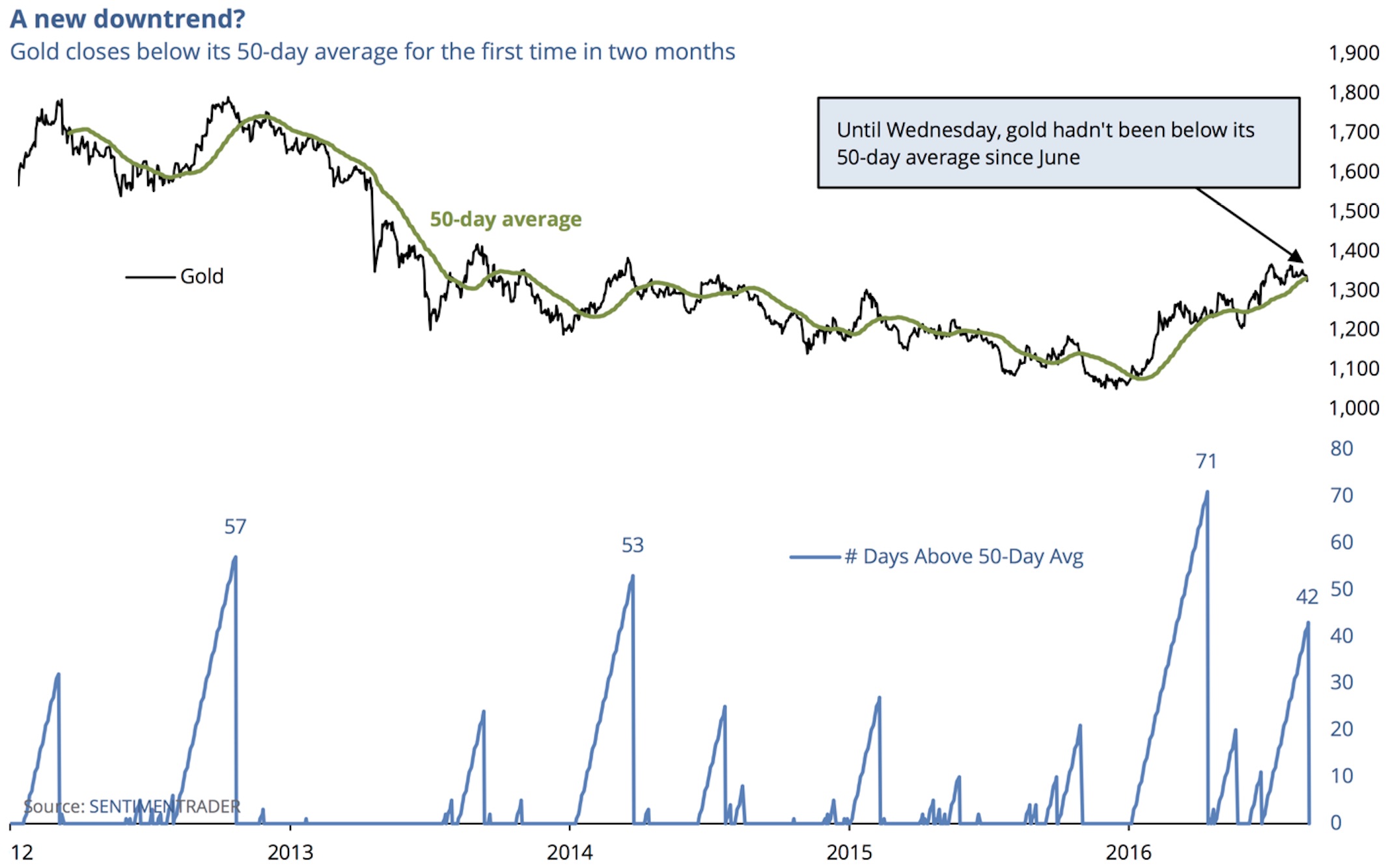 The more-than-two-months that gold has been above its 50-day is one of the longest streaks since 2012 when its bear market began. The other times it closed below its average led to some choppy trading at best.

Let’s go back to 1980 and look for other times gold was above its average for more than two months and then closed below. Results are shown on the next page.

We can see from the table that the metal tended to struggle over the next month. It rallied less than half the time, had a negative average return, and negative risk/reward ratio. That started to change by three months later, but most of that is due to occurrences from the early 2000s when it was in a sustained uptrend. Prior to 2000, returns weren’t so good across any time frame.

The losses tended to be concentrated in the shorter-term, perhaps as trend-following traders exited positions as the trend deteriorated. With speculators holding near-record long positions in gold (and hedgers near-record short positions), that’s a danger here as well. ***The fantastic chart and commentary are from SentimenTrader. To try a free 14-day trial of the internationally acclaimed work that Jason Goepfert produces at SentimenTrader simply CLICK HERE.