Today the man who has become legendary for his predictions on QE, historic moves in currencies, and major global events warned King World News that unprecedented financial destructions will engulf the world.  He also warned that a major panic is coming as the world is rocked by global financial chaos.

Egon von Greyerz:  "Eric, between 1997 and 2007 Gordon Brown was Chancellor of the Exchequer (Treasury Secretary) in the United Kingdom.  When he presented his annual budget in parliament he would brag that through his policies he had abolished the normal cycles of booms and busts.  But then in 2007 he had the misfortune to become prime minister just as the great financial crisis started, and his magic of creating a consistent boom suddenly vanished….

"But according to him he had nothing to do with the bust because it was an international crisis.  So he felt the booming periods belonged to him but the bust was somebody else’s fault.

For Them The Fantasy Has Become Reality

I see the same syndrome today in investment markets.  Ultra-high-net worth investors are expecting to achieve a minimum 15 percent returns each year.  And on many private equity deals they are currently achieving an annual return of 30 – 50 percent.  They believe it is their investment skills that are generating these massive returns.

But with official inflation rates at virtually zero and interest rates at record lows, and U.S. GDP not growing at all, the expected returns of 15 – 50 percent are totally unrealistic.  Most wealthy investors do not realize that these returns are only possible through unprecedented credit creation and money printing during this century.  The reason is that this money printing has primarily gone into asset markets rather than the real economy.

When sophisticated investors today look at risk, they do this at a micro-level looking at various asset classes.  Very few see the massive macro risks of debt explosion and the worldwide bubbles that these have created in bonds, stocks and property.  Just like Gordon Brown, investors believe that they are the ones generating the upside. 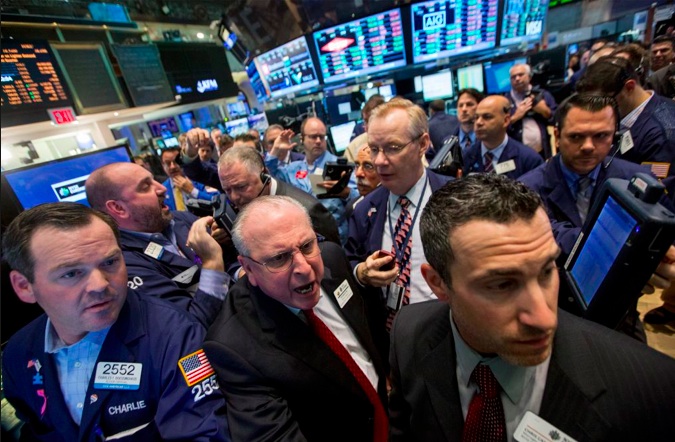 I expect the same thing to happen today, not just in tech stocks but in all stocks, bonds and property markets.  We could easily see falls of 80 percent in real terms in all these markets.  But just like people thought that the boom would go on forever in 2000, nobody today believes that this kind of wealth destruction is possible.  Sadly human beings sometimes have a very short memory.

Eric, the big difference between today and 15 years ago is that this time the bubbles will burst for a very long time.  And many investors will not see the current highs in real terms in their lifetimes.  But if we get hyperinflation, which I believe is likely, markets could go up in nominal terms. 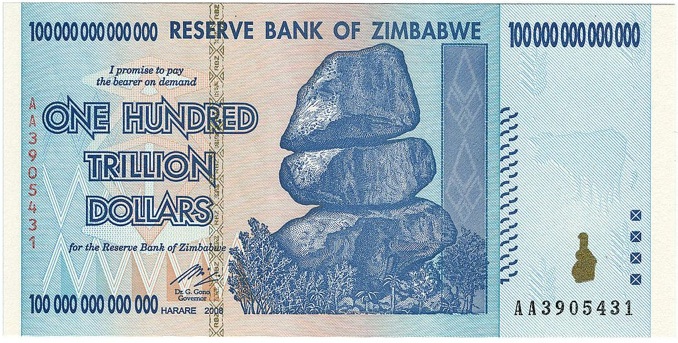 That reminds me of Zimbabwe and their recent hyperinflation.  They had a staggering 500 billion percent inflation.  Zimbabwe has now declared that the Zimbabwe dollar will be demonetized and people who have 175 quadrillion dollars or more will get 5 U.S. dollars.  So not only were landowners' properties taken away from them, but also all the savings in the country have just vanished.

I see the same thing happening in the world in the next few years.  The combination of bubble markets and bankrupt banks will put enormous pressure on the financial system and create a global panic.  And bail-ins are now guaranteed.  The European Commission has now given the remaining 11 EU countries, which includes France and Italy, two months to adopt the bail-in rules.  This means that all 28 EU countries will then have implemented the bail-in procedures.  Many other countries around the world have also done the same.

And it’s a virtual certainty that the combination of bail-ins, hyperinflation, and bank failures will decimate financial assets in coming years.  That brings us back to gold.  KWN had some excellent graphs yesterday showing how undervalued gold is, whether you compare gold to the monetary base or the Fed’s balance sheet.

Gold To Skyrocket As Paper Financial Assets Are Decimated

And if you adjust for inflation and take gold back to the 1980 highs, the 1980 high today would be over $9,000.  One of the charts KWN featured showed that if we adjusted the 1980 high today for gold vs the monetary base, the price of gold would be nearly $20,000.  So on any basis gold is massively undervalued.  But that is likely to change in 2015.  Whether the move higher starts during the summer or in the autumn doesn’t really matter.  At $1,200, gold is the best investment and insurance that you can buy.” ***ALSO RELEASED: The Brutal War Between Gold And The Federal Reserve – Is The Price Of Gold Headed To $20,000? CLICK HERE.