The Top Citi analyst Tom Fitzpatrick:  “Though the collapse in oil has been one of the main events in markets over the last few years, it remains consistent with the other major oil falls seen over the last 30+ years…

Tom Fitzpatrick continues:  “This suggests we may be in the “homestretch” of the major oil decline (see 32-year chart below). 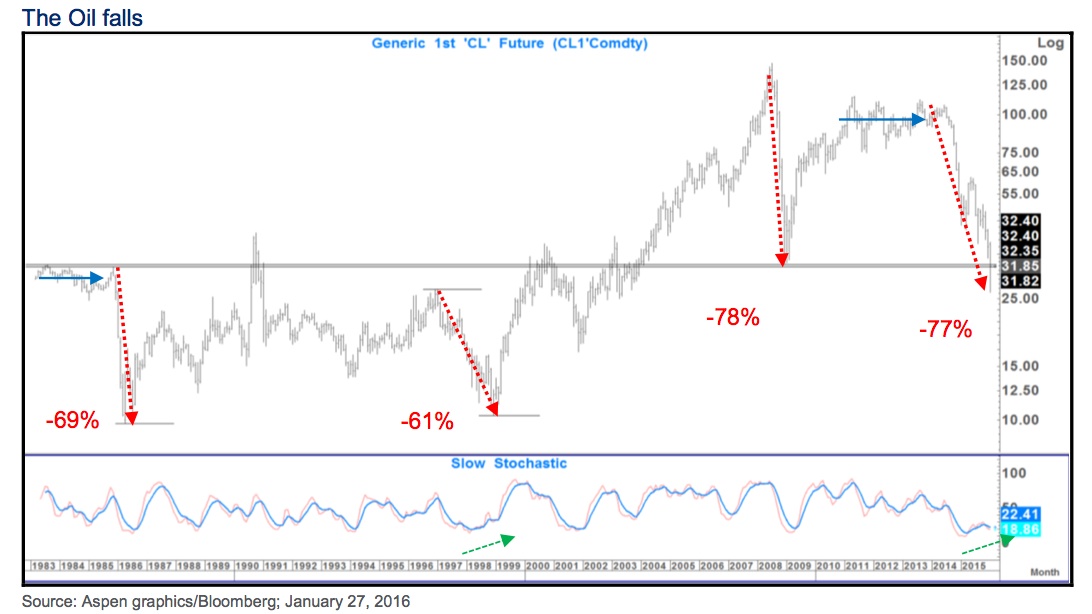 Prior to the current collapse, there have been 3 major falls in the oil price over the last 30+ years:

Oil Is Bottoming
We are already seeing technical dynamics suggesting the bottom is near, through further confirmation would come with a weekly close above $32.40 on WTI (West Texas Intermediate).

And A Historic Rally In Oil Is Near
Prior major oil collapse have been followed by rallies averaging 100%+. From current prices, that would suggest a move towards $50. The $32.40 area has been a major pivot point on WTI oil (2009 low), and a move back above there could be significant on a weekly close (in terms of launching a major rally).”

Higher Oil Will Mean Higher Inflation
King World News note:  Fitzpatrick then warned that higher oil prices will mean higher inflation expectations going forward.  This should be net-positive for the gold and silver markets as well as the shares.  Of course the high-quality oil shares will also benefit.

***ALSO JUST RELEASED:  Legend Richard Russell Not Only Warned This Carnage Was Coming, He Also Warned How Terrifying It Will Become CLICK HERE.