One of the legends in the business warned King World News about a great danger facing the world in 2016. 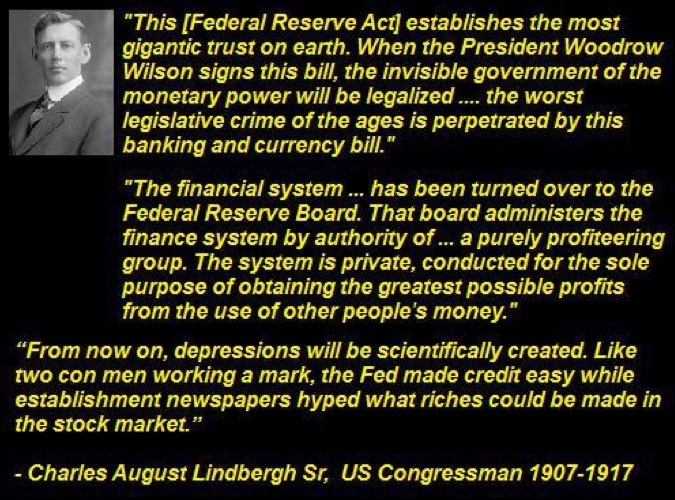 Eric King:  “Art, when you look at all the money printing (that’s taken place) and where we are today, if we are heading into a global downturn right now, and as you said, things seem to be rolling over, what are they going to do with the money printing?  Where do we go from here?”

Art Cashin:  “Well, that’s a big problem.  I had predicted for most of the year that the Fed would not do liftoff.  When it became apparent that, despite everything, they were going to go ahead with liftoff, I said, ‘There’s a good chance that we will be back at zero before we get to 1 percent.’

I think the global economy could be frail enough that they see they can’t help themselves (and will be forced to lower rates).  Now they won’t want to do that because it will cost them a great deal of credibility, of what they have left, but they may get forced into it.  Their only response would be to revert back to QE again and we see that has not worked; all it has done is distort the other markets.”

Eric King:  “When you say that the Fed may get forced back into QE, were you surprised, because of the credibility issue, that they went ahead and raised rates into what we are staring at around the world right now, which is a contracting economy?”

Art Cashin:  “Absolutely.  And it’s not just me and Jeff Gundlach and a couple of other people.  Christine Lagarde asked them, ‘Please don’t do this.  The world economy is in fragile enough shape.’  And since they did it, she again has voiced concerns about what the impact may be on the global economy.

They (the Fed) said they were going to be data-dependent.  Well, the data has been very tame and I don’t necessarily see that it called for a liftoff.  But they’ve acted and now we’re going to have a little bit of a delay as it (the rate hike) works its way through the system and we’ll see what happens to the global economy over the next two months.”

Eric King:  “You said, whatever credibility they have left, referring to the Fed.  Is this a dangerous time for the Fed in the sense that they may have to reverse policy and take rates to zero?  I’m predicting that rates will (eventually) go negative in the United States.  I don’t want to see that but it just seems to be the game in Europe and it will also happen in the United States.  As central bank credibility gets called into question, is this the year, 2016, where things come unraveled?”

Art Cashin:  “It certainly is going to make it difficult for them.  First of all, the political backdrop in which they are working is going to grow far more difficult.  You’ve had several of the Republican candidates for president talking about auditing and investigating the Fed, asking, ‘Why can’t their system be more mechanized and transparent?’  So the Fed has that battle to deal with.

And then if they have to reverse rates, there goes a little bit more credibility.  And the difficulty with that kind of credibility is twofold.  Number one:  It has people say:

“Hey, wait a minute.  You’re supposed to be professionals at this.  Other people warned you against this (raising rates) — notably, Christine Lagarde and former Treasury Secretary Larry Summers — and you went ahead and did it.  And now we see that the consequences are somewhat negative and you’ve had to reverse it.  So, where is your professionalism?
How can I trust you with the next move you make?  How do I know you in fact have
some knowledge that will be beneficial to me and to the economy?”

So it’s a twofold problem.  It’s not just the credibility of their past moves.  It will question what the Fed does in the future and how competent they are to do that, and that’s a very, very tough thing for a central bank to contend with…To continue listening to legendary Art Cashin’s stunning 2016 predictions including a massive coverup that may lead to a global war CLICK HERE OR ON THE IMAGE BELOW.

***ALSO JUST RELEASED:  Legend Art Cashin Warns Massive Coverup May Lead To A Global War In 2016 CLICK HERE.
© 2015 by King World News®. All Rights Reserved. This material may not be published, broadcast, rewritten, or redistributed.  However, linking directly to the articles is permitted and encouraged.