One of the greats in the business spoke with King World News about what is going to be a huge surprise for the world.

Stephen Leeb:  “It has been a busy week. On Tuesday, in his address to Congress, President Trump promised major tax cuts and significant infrastructure spending, a strong pro-growth message that sent stocks surging and bonds tumbling. Then, on Friday, Fed chair Yellen as good as promised a rate hike when the Fed meets in a couple of weeks. Higher rates are never good for gold, which dropped a bit less than 2 percent…

But given this double-barreled blow from the country’s top two policymakers, that’s a very modest drop. For example, gold fell by 5 percent – and silver even more – in August 2016 following an upside surprise in the employment report.

The implications of another event during the week, while perhaps not a major contributor to the resilience of the precious metals, are starting to paint the perimeter of the economic world we live in. Once it reaches the center – Katy bar the door – gold and silver are off to the moon. I am speaking about the more than 10 percent jump in Albemarle, one of the world’s largest lithium producers. Lithium is a metal that has become increasingly dear as demand has surged on the back of its use in batteries for electric cars or vehicles (EVs). Indeed, lithium has become known as white oil, and is a major reason many analysts see a dimmer future for the black stuff. 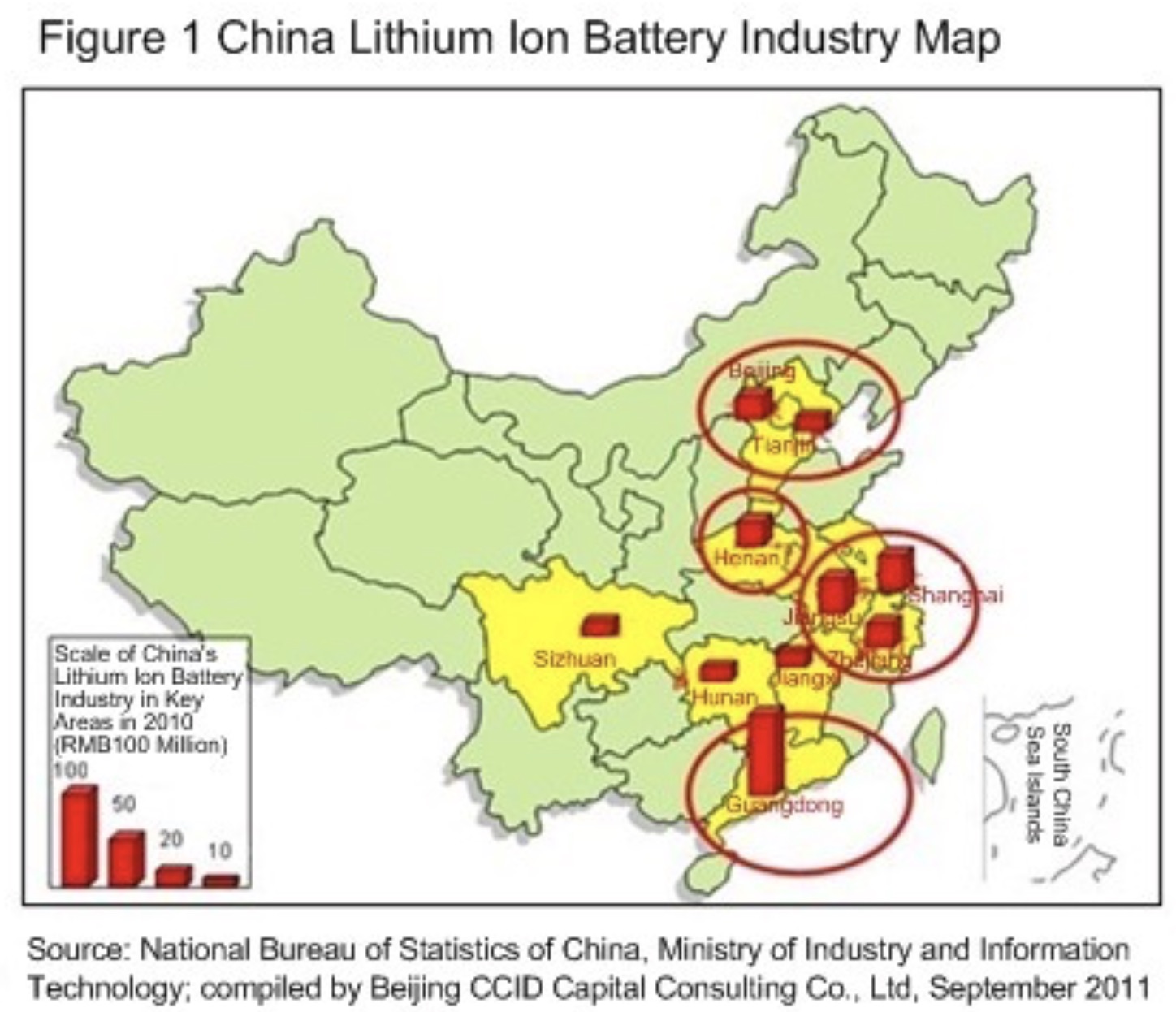 I, too, think lithium will go a lot higher, but I don’t agree that it poses a major threat to fossil fuels or even to gasoline-powered cars. Lithium and oil have a key thing in common: both are finite. For each, as we drain supplies, the costs of extracting more will continue to rise. While oil prices are down 50 percent from 10-year highs, that’s only because producers are accepting much lower margins. Breakeven costs for oil are far higher today than a decade ago and will keep going up, making it inevitable that oil prices will also rise, probably very sharply.

At least, that’s how I see it. But in fantasyland, aka Wall Street, many believe lithium will eventually replace oil as electricity and rechargeable batteries power an ever-bigger proportion of vehicles. Moreover, lithium isn’t used just in vehicles. Tesla, the best known EV company, and some Chinese companies including AES are manufacturing lithium batteries to store wind and solar energy for a renewable-powered electrical grid. So, looking at the potential demand, no wonder Wall Street is bullish on the metal.

The question is whether the supplies will be there, and before toasting the new world of plenty, there are a lot of numbers to crunch that should give you pause. Morningstar estimates that, largely because of EVs, lithium demand will rise 16 percent a year through at least 2025. This rate of growth translates into a fivefold increase in demand, from the current 175,000 tons a year to 775,000 tons. That rate – which would be the fastest growth of any significant commodity in at least a century – would leave the world with a shortfall of 100,000 tons a year by 2025. 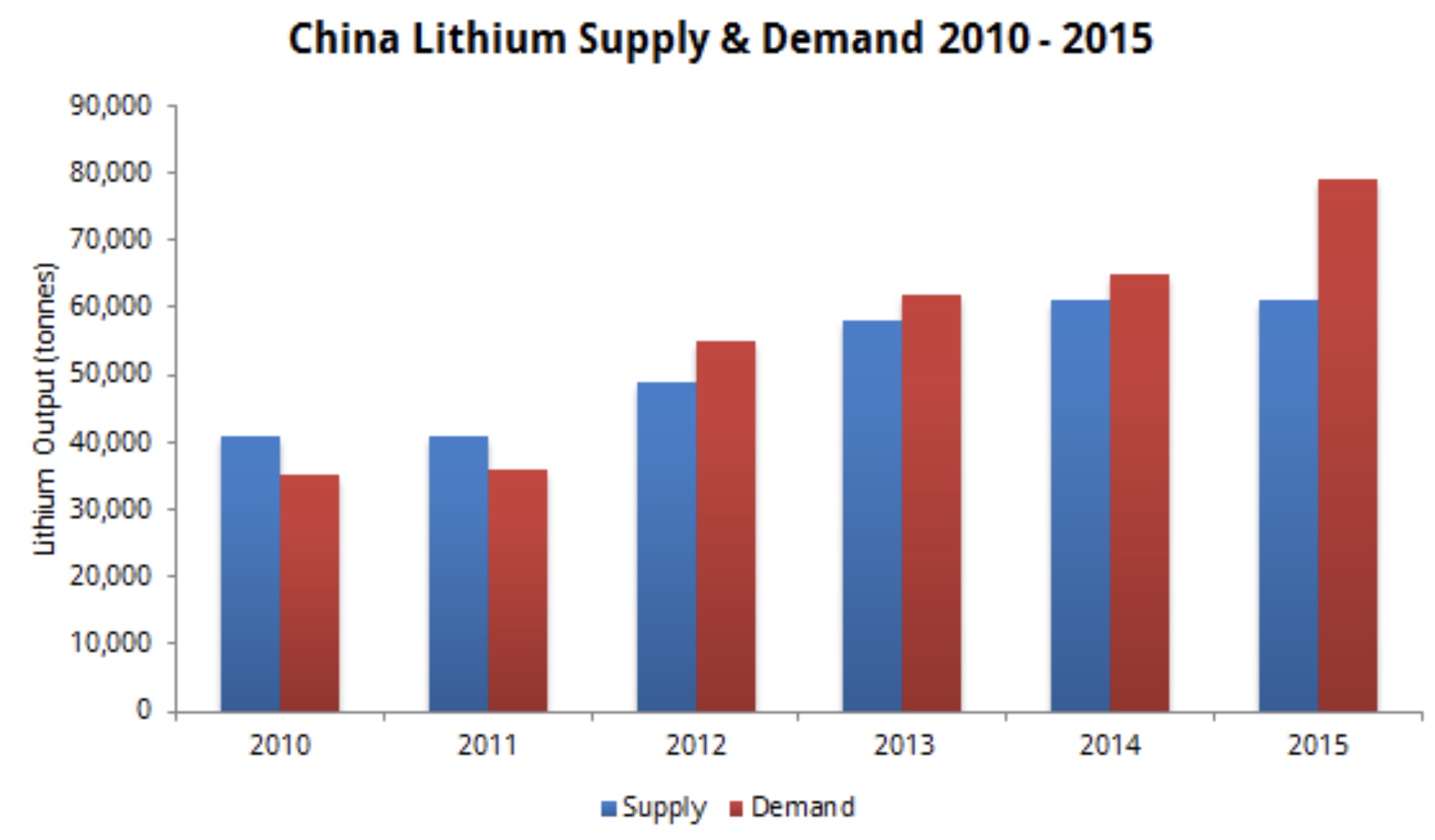 And when you look at what others on Wall Street and in the auto industry are saying, Morningstar’s projections seem tame. Goldman Sachs, for instance, points out that each Tesla Model 3, the first EV for the masses, will require 63 kg of lithium, or about 138 pounds. Goldman Sachs also pegs 2025 worldwide car sales at about 29 million units. Meanwhile, Morgan Stanley, a big Tesla backer, now projects that by 2025, EVs will account for 15 percent of all cars sold, while Volkswagen (which has something to prove when it comes to producing non-polluting cars), projects 25 percent.

Put all this together, and at a 25 percent market share for EVs in 2025, you’re talking about the need for more than 1.9 million tons of lithium just in 2025. But let’s take the more conservative estimates of EV share in 2025 and round down to 1 million tons. According to the U.S. Geophysical Survey (USGS), that would exhaust 6 percent of lithium reserves and about 2.5 percent of lithium resources (lithium that exists in the ground but aren’t profitable to mine at today’s prices).

Those are the numbers associated with about 13 million cars or about 1 percent of the projected car universe circa 2025. Moreover, it’s a mere fraction of 1 percent of the longer-term projection of 2 billion cars, a figure that in itself is likely conservative in that it implies about 30 cars per 1,000 people worldwide. Developed countries are well above that number, and developing countries are racing to catch up. For lithium to satisfy just half the need in the projected car universe, you would exhaust all lithium supplies two and a half times over. And that doesn’t include the lithium to store electricity for the grid.

The hype about lithium amounts to conflating energies that for practical purposes are infinite, like the sun and wind, with something that is just as finite as oil. Unless and until renewables can get up to speed, we are relying on a lot of hoped-for technological miracles.

What Does This Mean For Gold?
You might be asking what all the above has to do with gold and silver? The answer: as it becomes clear that critical resources like lithium face growing scarcities, gold will enter the picture as part of a new monetary system. There is simply no way to distribute scarce and critical commodities without using another finite commodity. Gold – a timeless metal, valued much more for its intrinsic beauty than industrial uses fits the bill. It is a metal whose supplies won’t be depleted (other metals can be substituted for its few industrial uses). And so, gold shows that there is still a crucial role for beauty in the world.

What About Silver?
The story with silver is more complicated, and it’s the one commodity and monetary metal that could outperform gold. The calculus is similar to lithium when it comes to silver’s industrial uses – particularly important in photovoltaics – but like gold, silver is also viewed as a monetary metal. I have been projecting three-digit silver for some time, and I do think silver investors will have the last laugh on this one. More details on silver in my next interview.”

SPROTT: Gold Is Now Poised To Surge After Fed Decision But Silver Will Really Surprise