On the heels of some wild trading in key global markets, today King World News is pleased to feature a piece from one of the greats in the business which highlights a remarkable event that has only happened one other time in the history of the gold market.  This is truly stunning information that all KWN readers around the world must see.

"Jesus you can’t make a buck in this market, the country’s going to hell faster than when that son of a bitch Roosevelt was in charge. Too much cheap money sloshing around the world. The worst mistake we ever made was letting Nixon get off the gold standard." — Lou Mannheim (Wall Street).

Jason Goepfert at SentimenTrader notes the astonishing sentiment reading in the gold market: "The latest Optimism Index readings for currencies and commodities showed that gold is still the most-hated contract. Its Optix of 12 was unchanged. It was slightly eclipsed in June 2013 otherwise this is the lowest sentiment for gold since December 1997 (see chart below). 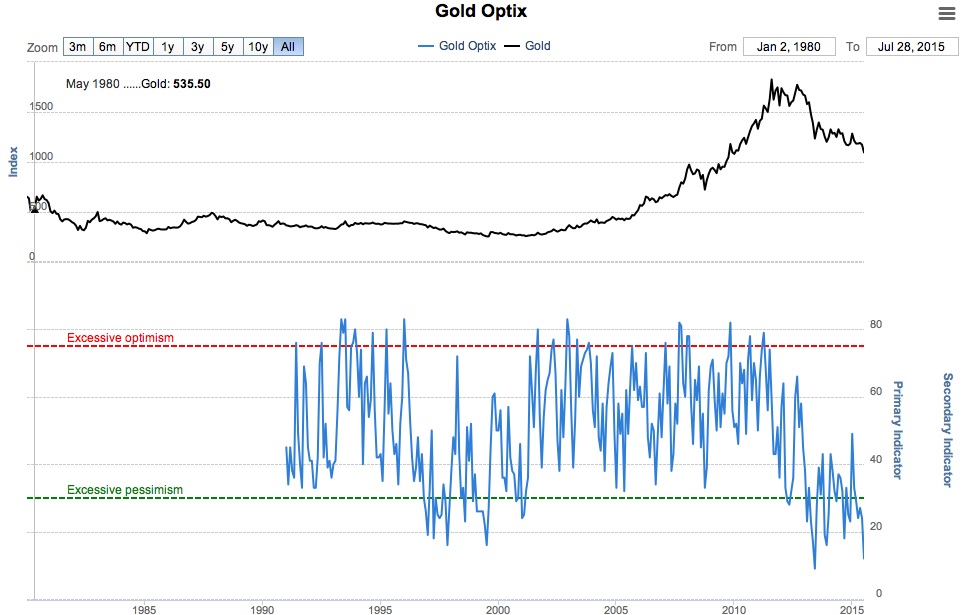 Optimism dropped in the Canadian dollar, now down to 16. The only lower readings since 1990 were 15 in November 1991 and again in March of this year, suggesting there isn't much more room for optimism to fall for the (Canadian) loonie (see chart below)." 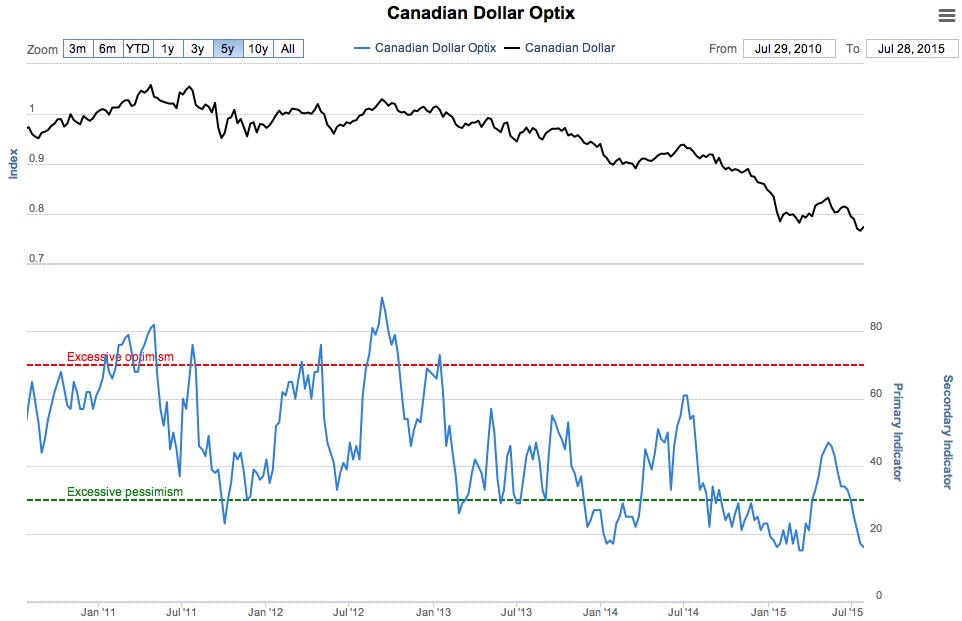 King World News note:  Negative sentiment in both gold and the Canadian loonie have now reached historic extremes.  Jason is a veteran of these markets and many may be wondering why he highlighted gold and the Canadian currency together.  The reason for this is that if gold is to rally, this will most likely be constructive for the commodity-based Canadian economy and therefore its currency.  Note that the Canadian currency has struggled for the past 4 years, along with the gold market.  So as gold ends its bear market, the Canadian currency may reverse as well. These charts are just a portion of one of the latest fantastic reports. To try a free 14-day trial of the internationally acclaimed work that Jason Goepfert produces at SentimenTrader simply CLICK HERE.