On the heels of recent volatility in major markets, the chart below will blow your mind!

Equity Funds Swamp Money Markets
From Jason Goepfert at SentimenTrader:  The idea that mom and pop have a lot invested in stocks compared to what they have hiding in cash is supported by the monthly figures from the Investment Company Institute…

The latest release shows that investors have $11.3 trillion invested in equity mutual funds and ETFs, while they have $2.5 trillion sitting in safe money markets. So for every $1 in cash, they have $4.44 in stocks, a ratio that’s nearing the all-time high from May 2015.

There is now $4.44 invested in stocks for every $1 in money market funds 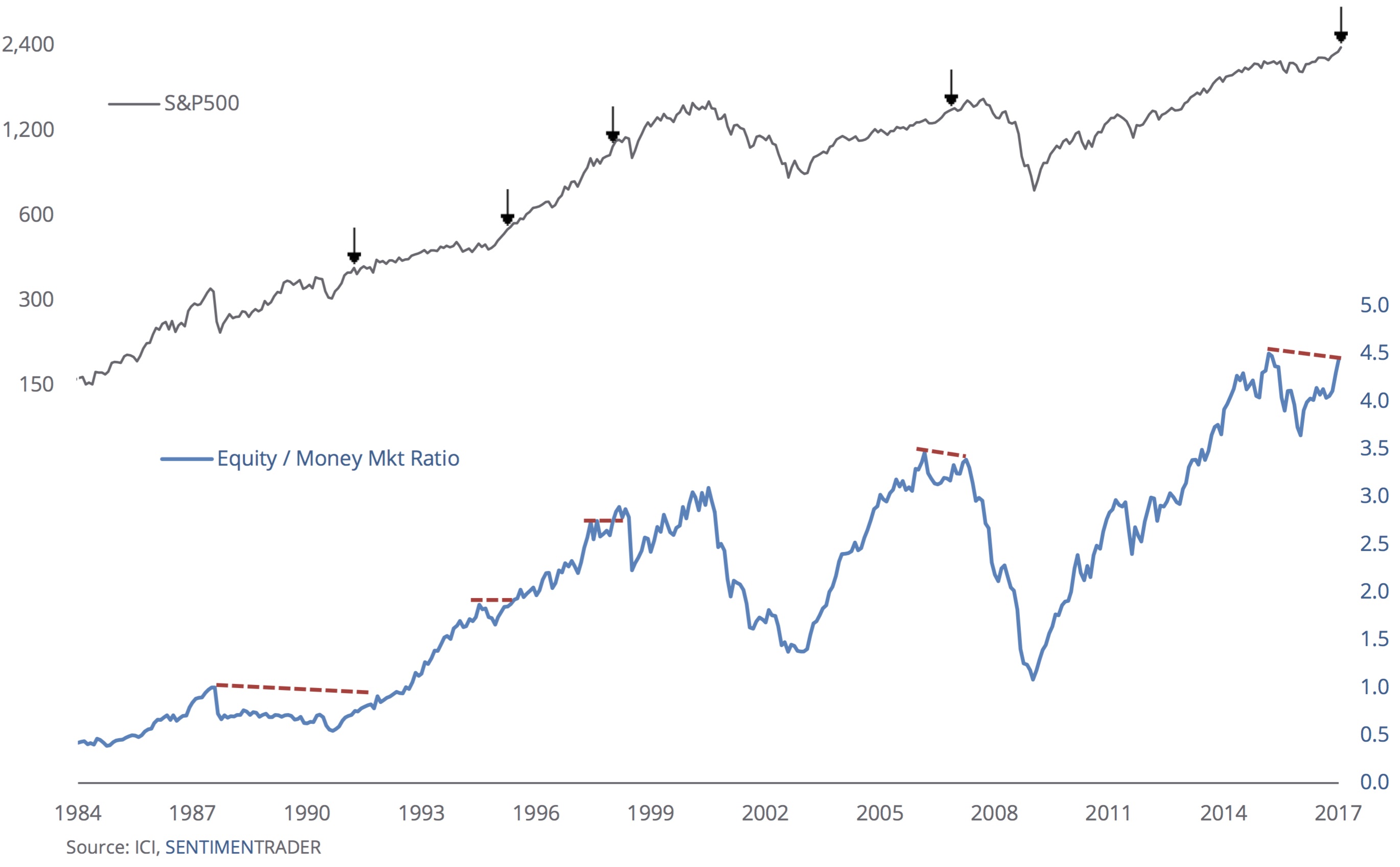 It’s curious that the ratio has not been reaching new highs along with most of the major equity indexes like the S&P 500. The S&P has recorded four straight monthly record highs, but the Equity / Market Market Asset ratio has not reached its peak. The arrows on the chart show the other times there were at least three months with similar divergences.

In 1996, it led to a skyrocketing stock market. The other times, not so much.

There is a danger of looking at this and thinking that no matter what, it’s a negative. If the ratio hits a new high, then it suggests optimism is over-extended. If it doesn’t, then it’s a negative divergence and shows at least moderate risk-aversion. The best scenario is when the ratio is rising but not yet at a multi-year extreme, and it’s going to be a long time before we’ll be seeing that. We’d rate it as a minor negative for stocks here.

King World News note: Further evidence continues to expose that the public is heavily leveraged long the stock market. This means that when the trend changes, the drop will be brutal.

***ALSO JUST RELEASED: The War In The Gold Market Is Heating Up CLICK HERE.