With stocks hitting new all-time highs and the dollar surging, there is trouble brewing below the surface.

Too many S&P 500 stocks are lagging
From Jason Goepfert at SentimenTrader:  “There have been numerous oddities in markets in recent days. One thing that has not been odd is market breadth. Gains in recent days have been broad-based, leading to an exceptional number of 52-week highs on Wednesday. And Thursday. That’s what makes what we’re about to look at so unusual…

The last time this happened was in mid-May 2015. 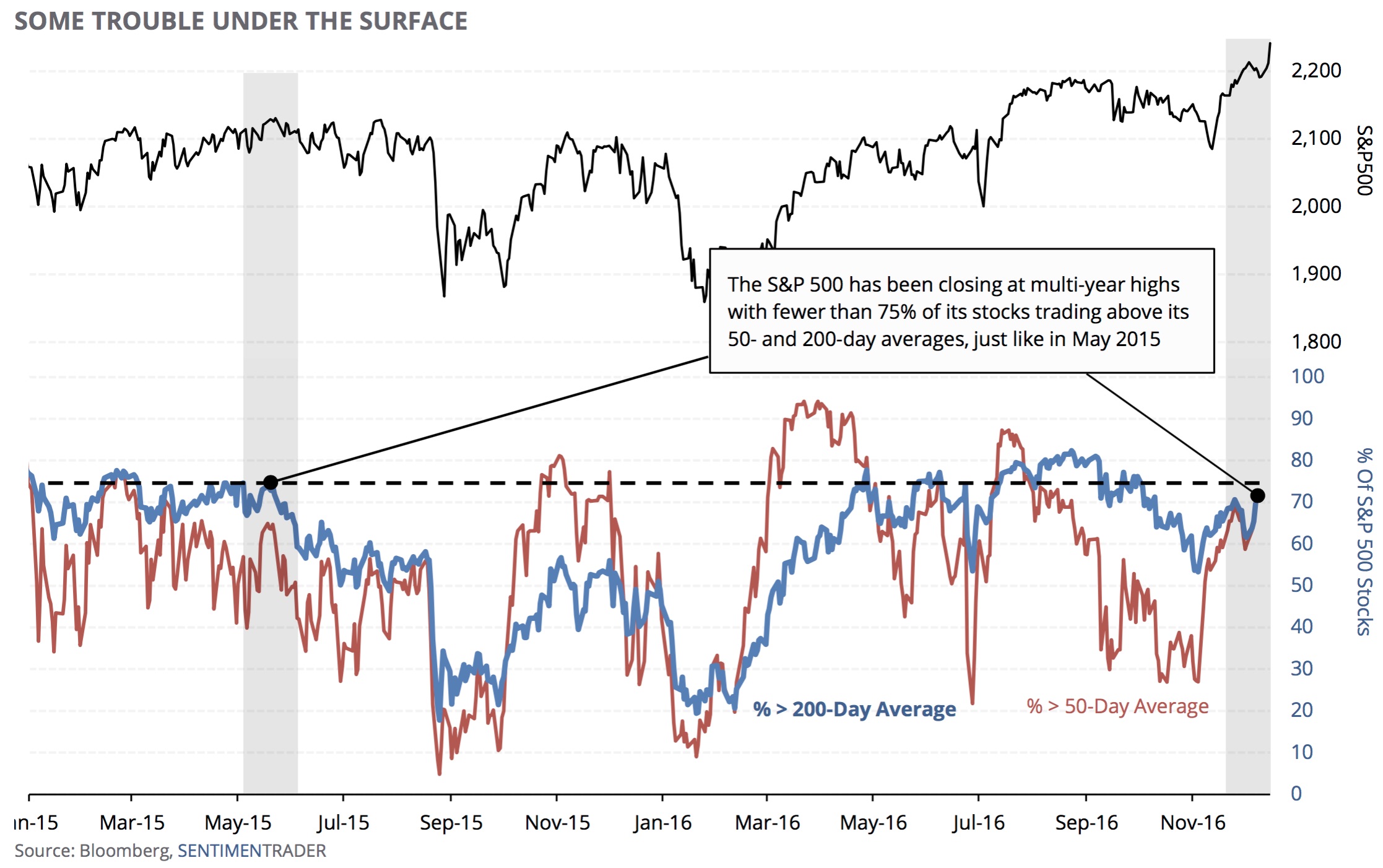 Comparisons To The Year 2000
We took a look at a similar divergence in the Nasdaq last November, which followed through with the typical pattern of weakness when the divergence was so stark. What’s notable about the current divergence in the S&P is that it didn’t just happen on Wednesday. Over the past three weeks, there have been 5 such days, the most since the year 2000.

On the next page, we show how many days showed similar divergences over a three-week period. For these purposes, “divergence” is defined as a day when the S&P 500 closed at a three-year high, but fewer than 75% of S&P 500 component stocks were trading above their 50-day and 200-day averages at the time.

Even at the peaks in 2007 and 2015, there were fewer divergences than we’re seeing now. We can see from the chart … that stocks had great difficulty maintaining its upside momentum where there were such persistent divergences underlying the index.

The worst performance was over the next 2-4 weeks. None of them really showed an ability to shrug off the divergences and head higher uninterrupted. The S&P showed a positive return three months later all but one time, though the 1999 instances were leading into the 2000 market peak. We’d consider this to be a moderately important warning sign for the current market (see troubling Nasdaq comparison chart below with the most comparisons since 2000, right before the stock market crashed). 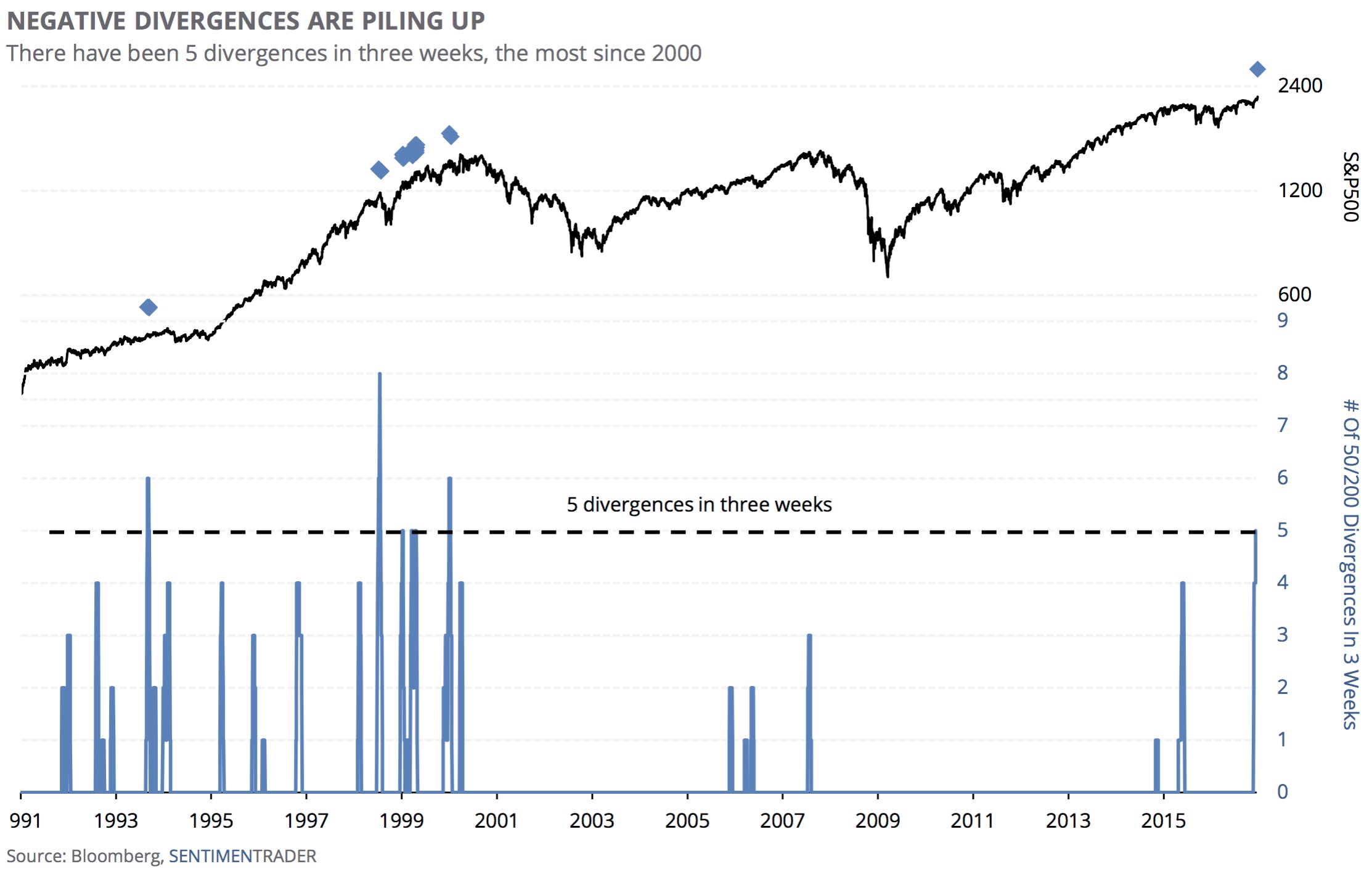