Today one of the top economists in the world sent King World News an incredibly powerful piece warning about the coming massive inflation, stock market panic and global chaos.  Below is the fantastic piece from Michael Pento.

UPDATE – KWN audio interviews were slightly delayed but they are now scheduled to be released later today and tomorrow!

The most important question investors will soon have to face is: What is going to happen once central banks finally meet their inflation targets?…

Michael Pento continues:  For example, let’s assume after years of monetizing government debt, bidding up equity prices and forcing debt on the public by keeping borrowing costs at or below zero, that the ECB is finally able to achieve its inflation target rate of 2%. This would only occur once money supply growth becomes both robust and sustainable.

It is silly to believe ECB President Mario Draghi can bring inflation to just 2% and nail it at that level. Inflation will continue to rise past 2% until the ECB raises interest rates by reducing its pace of bond buying. So, we will have the environment where inflation is rising north of 2% and the central bank will be forced to start cutting back its purchases of debt and preparing the market for eventual outright sales. 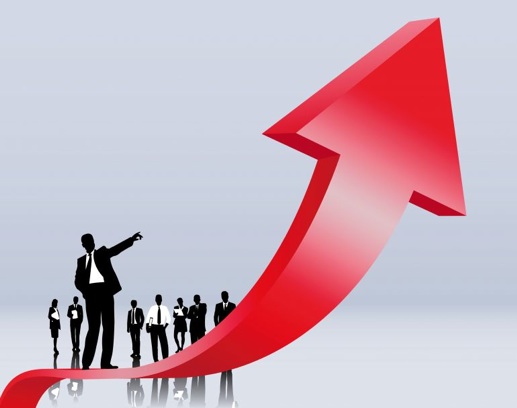 The Most Violent Interest Rate Spike In History!
Here is the problem: $2.1 trillion dollars, or 1/3 of the $6.3 trillion European sovereign debt, has a negative yield. The ability to produce sustainable inflation that is rising past the ECB’s 2% target, along with the removal of the massive central bank’s bid for sovereign debt, should cause the most violent interest spike in history.

Indeed, asset bubbles exists all over the planet due to central bank overreach from which there is no escape.  The carnage will be especially acute in Japan, where a 2% inflation rate won’t jive too well with a 10-Year Note that yields just 0.3%. The Bank of Japan (BOJ) certainly cannot keep wrecking the value of the yen at its current pace of depreciation (down over 30% since 2013) without eventually creating a currency and inflation crisis.

Therefore, Japanese investors will soon have to deal with imploding bond and stock prices, as investors try to front run the huge sell orders coming from the BOJ trying to unwind its massive 385 trillion yen balance sheet (75% of its GDP) to boost the value of the currency. However, the BOJ’s balance sheet now consists of both bonds and trillions of yen worth of stocks. The inevitable ending of the BOJ’s support for bond and equity prices will cause an unprecedented economic crisis in Japan.

The Road To Skyrocketing Inflation And Stock Market Panic
The laws of economics state that an unprecedented and humongous level of money printing must eventually produce inflation. Up until now most of this high-powered money has sat fallow with central banks. However, the growing level of sovereign debt dictates that increasing amounts of this money must be put to work buying government debt in order to keep the illusion of solvency intact. Inflation has always been, and always will be, the inevitable result.

Central bank “success” in creating inflation will produce a period of stock market chaos such as the world has never seen, as the economic environment moves violently between inflation and deflation cycles. This is what happened during the Great Recession of 2008-2009 and is destined to reoccur with greater intensity. The challenge for investors will be the ability to model these changes and to prosper during times of unprecedented market volatility, and is the inspiration behind the creation of the Pento Portfolio Strategies’ Inflation/Deflation Portfolio. ***Michael Pento’s remarkable KWN audio interview has now been released and you can listen to it by CLICKING HERE OR ON THE IMAGE BELOW.

ALERT: Gerald Celente Just Released The Top 10 Trends For 2017 And They Will Surprise You

Stockman – This Will Dislocate Every Market In The World