On the heels of a brutal takedown in the metals markets, silver suffered a stunning 3 standard deviation move to the downside as GDX endured its 3rd largest loss in history.

From Jason Goepfert at SentimenTrader:  “Among Tuesday’s carnage, gold miners were the worst. The GDX fund lost nearly 10%, which is the 3rd-largest loss in its history outside of the final throes of the 2008 financial panic…

The other two huge losses occurred on April 15, 2013, and July 20, 2015. After both of those, GDX suffered more losses in the short-term but then saw buyers come in to nearly make up the huge loss. Once that was done, more selling pressure hit the fund.

Silver’s 3 Standard Deviation Move
Silver got pounded on Tuesday. The futures lost more than 5%, the worst loss in well over a year, and more than 3 standard deviations from the average daily change that investors had become accustomed to over the past year. When the metal suffered similar shocks during an uptrend, the selling pressure most often persisted over the next month, not so much thereafter.

Precious metals suffer shock day
Among some of the defensive areas of the markets getting hit on Tuesday, precious metals suffered the worst, especially silver. Its loss of more than 5% was the worst in more than a year. Not only that, it was 3 standard deviations from what investors had become accustomed to over the past year (see stunning chart below). 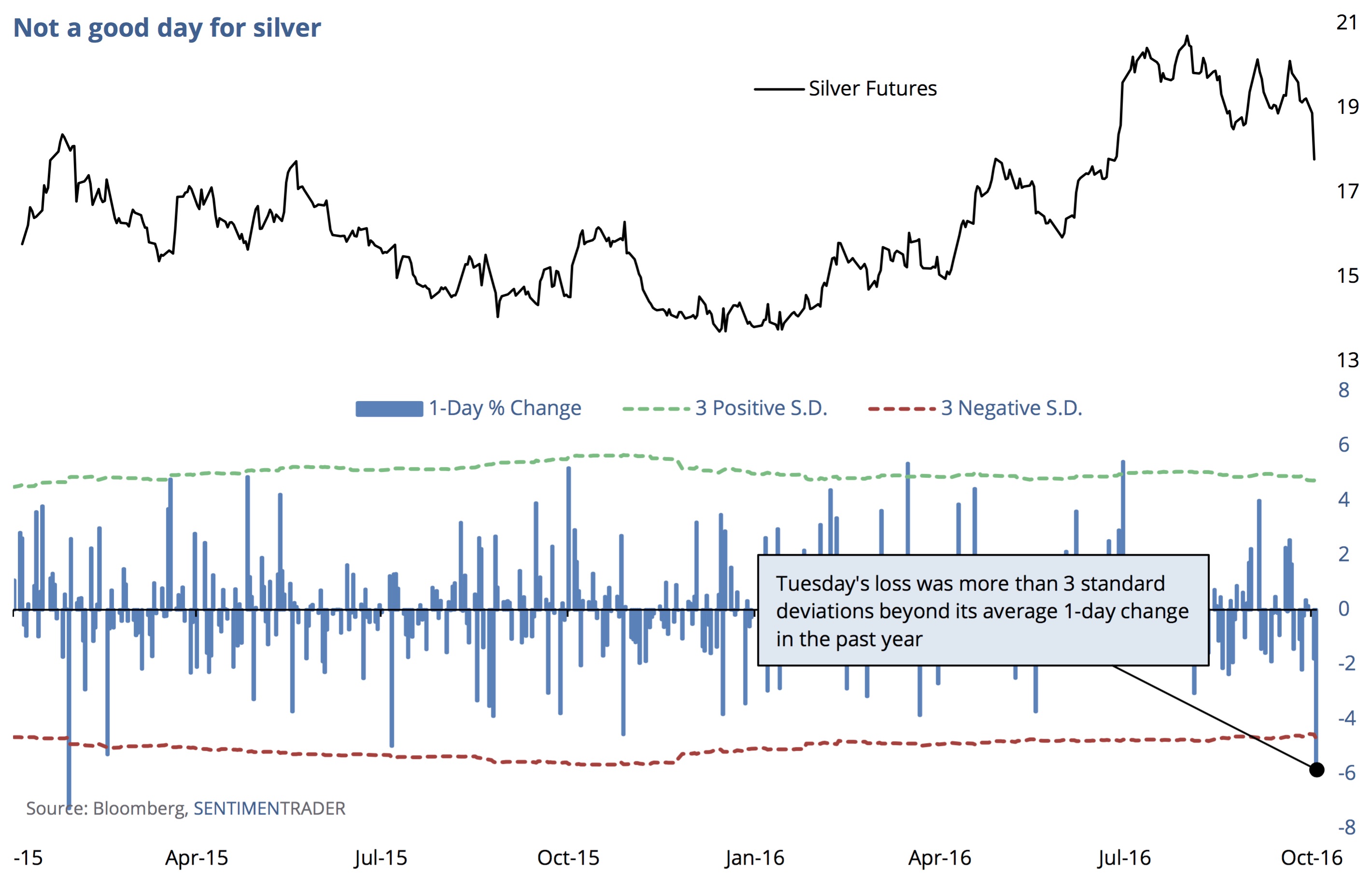 6-Month Move For Silver Strong After 3 Standard Deviation Move
King World News note:  SentimenTrader’s table also showed that the average 6-month return since 1975 for silver after a 3 standard deviation move was a plus 17.3 percent, with one instance where the price of silver surged a jaw-dropping 277.6 percent in the following 6-months.  Below is a chart which shows the instances where silver experienced a 3 standard deviation move since 1975.

King World News note:  Also worth noting is the chart that was sent to us by a KWN reader in Zurich, Switzerland.  With the late day trading on the Comex, silver has now hit the uptrend line shown below, which also reveals the previous “tests,” (see chart below).