After this week’s plunge in the metals, SentimenTrader just issued an extremely important update on the gold and silver markets.

From Jason Goepfert at SentimenTrader:  “Hedgers pressed their bets against silver and have nearly reached new record exposure against the metal…

SentimenTrader continues:  “The last time they were this negative was as silver peaked in July/August 2016.” (see 5-Year chart below) 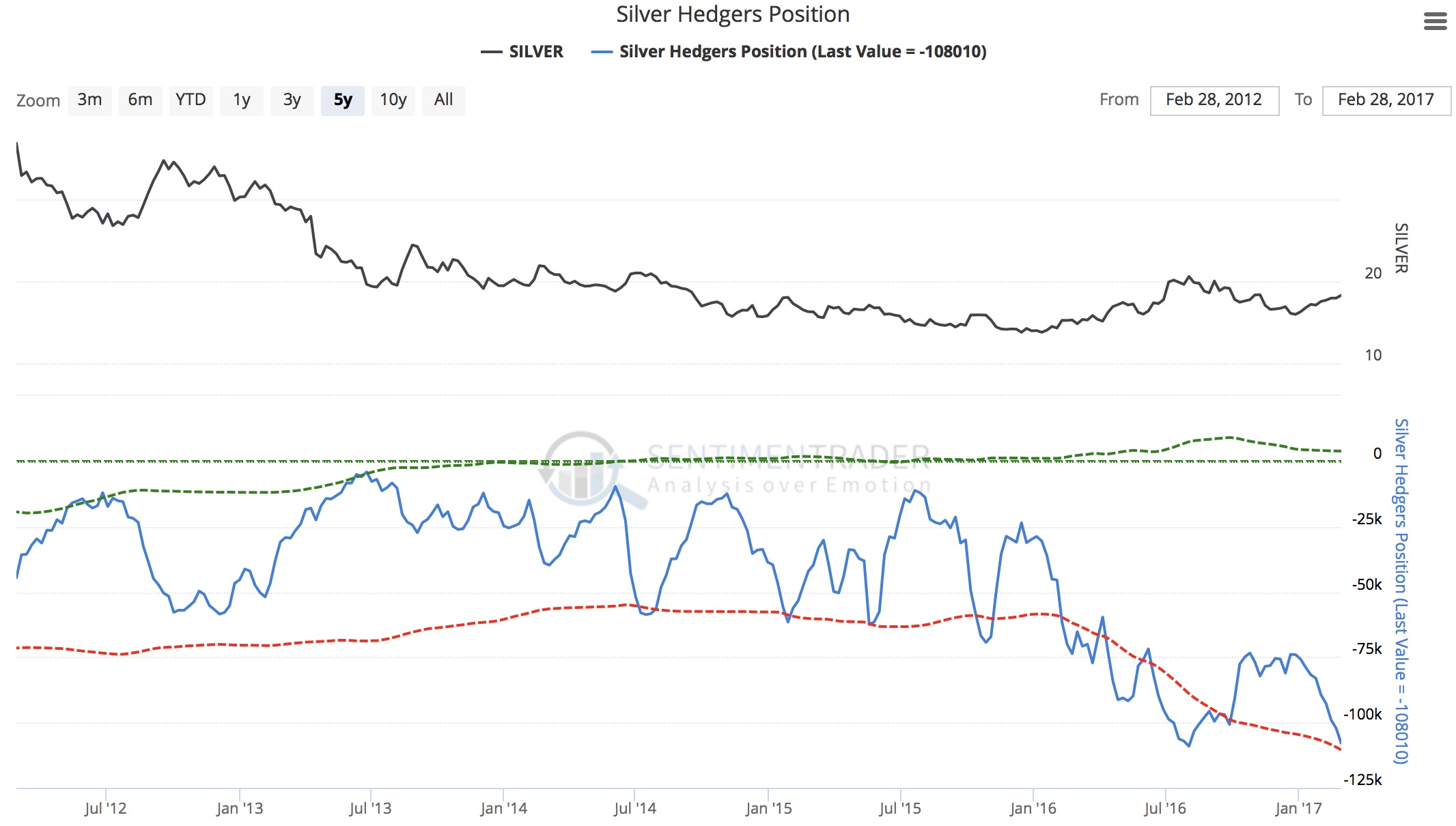 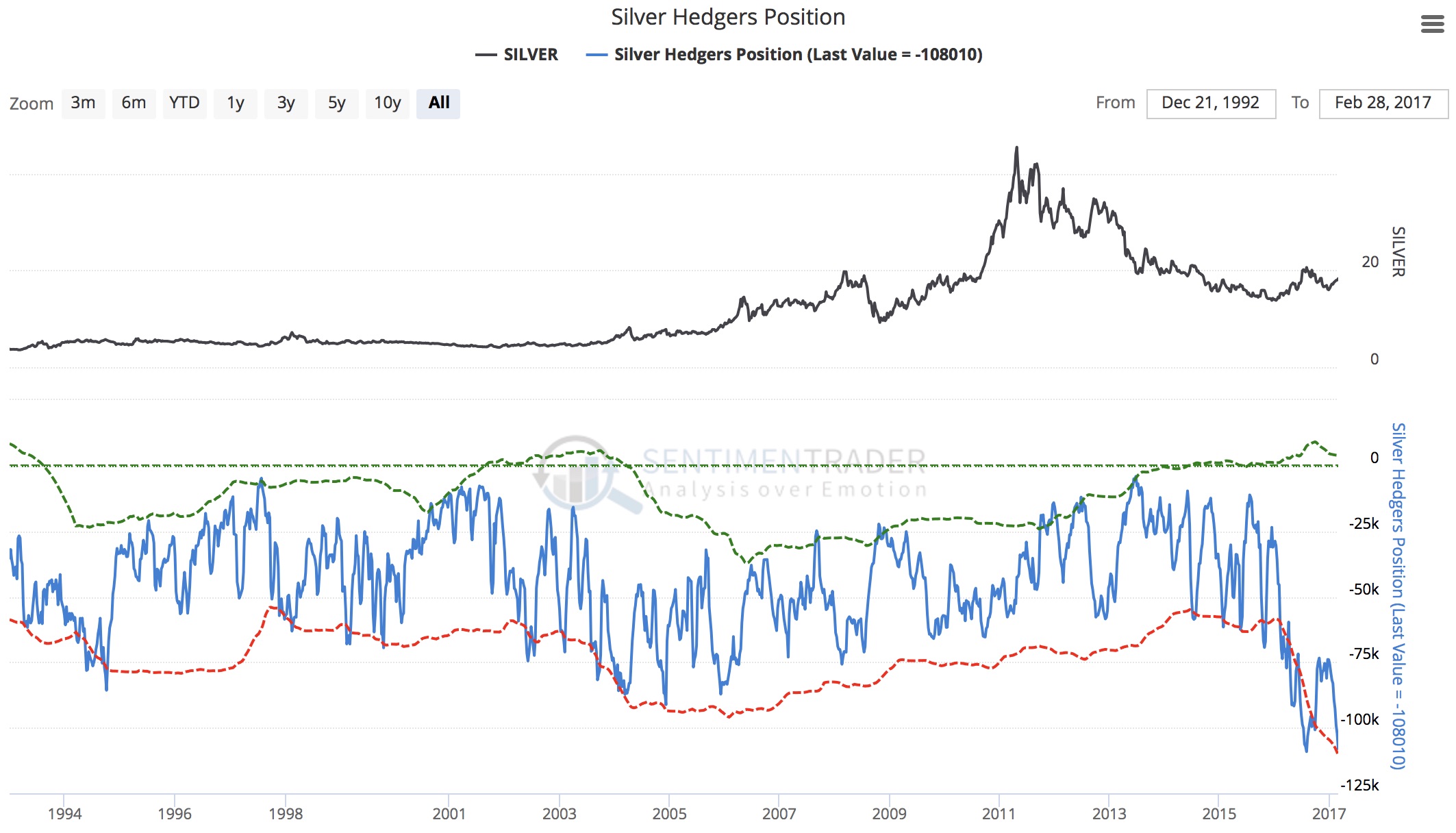 King World News note:  It is also important to note that commercial short positions in the gold market are increasing but have not yet reached extremes (see 23-year chart below). 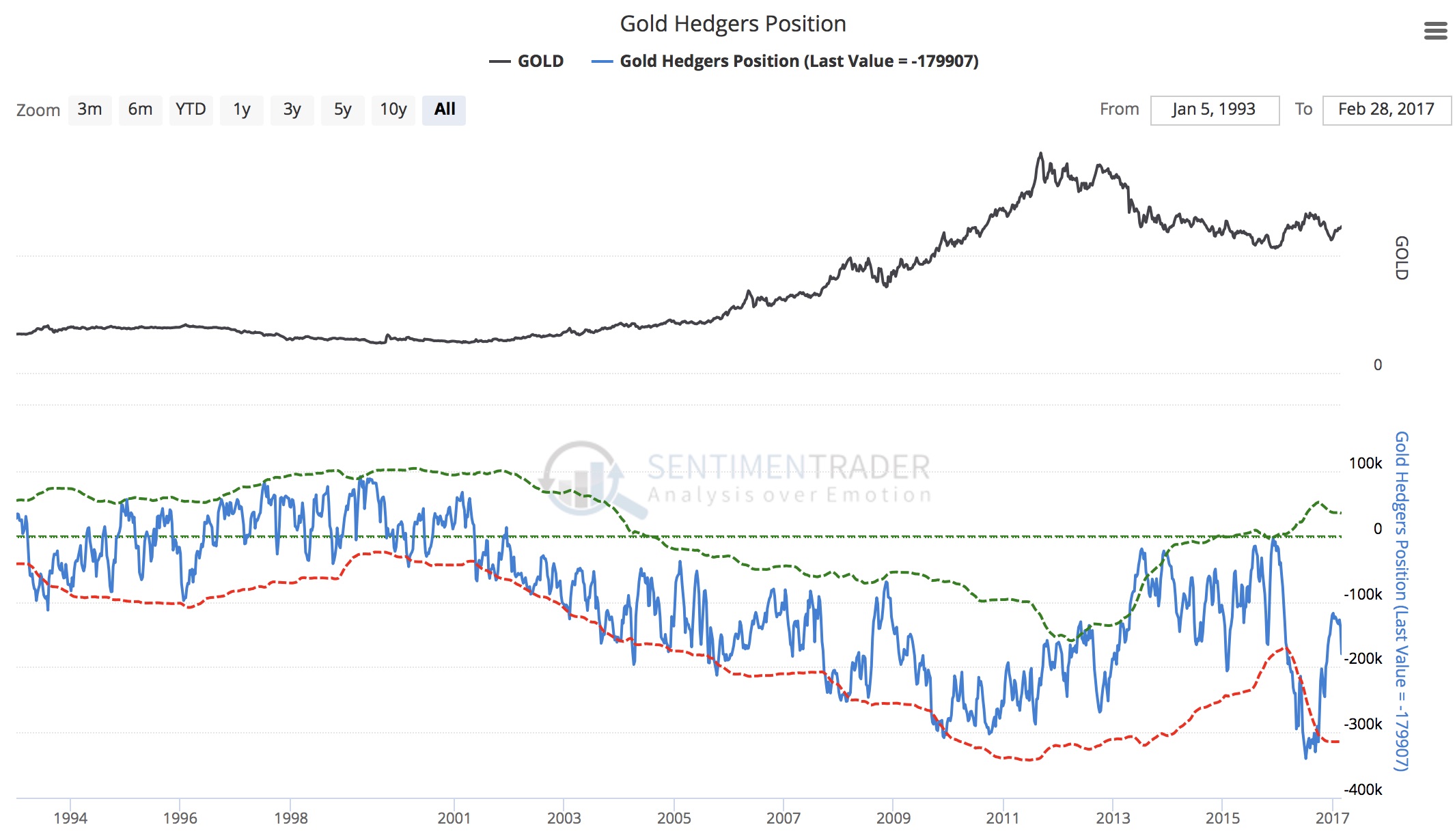 Although commercials are ramping up their short bets against both gold and silver, this does not necessarily mean that prices cannot head higher, even significantly higher, but it does wave a major warning flag for the metals, particularly silver.  So it will be very interesting to see how gold and silver trade from current levels in the days and weeks ahead.  ***Within hours KWN is going to release a powerful interview with Dr. Paul Craig Roberts.