With continued uncertainty in key global markets, here is a look at what the “smart money” is doing right now.

The Smart Money isn’t buying it
From Jason Goepfert at SentimenTrader:  “Almost six months ago, in July 2016, mainstream financial headlines were remarkable similar to what we’ve seen lately:

Investors have every conceivable time frame, but it’s true that if one had a longer time frame and held on to their stocks, they’d likely be better off now than they were then, so huzzah. But the curious part is that while mainstream sites like the above were making fun of being bearish, smart money traders were happily selling to them…

At the time, Smart Money Confidence had dipped below 20%. Just like now (see stunning chart below). 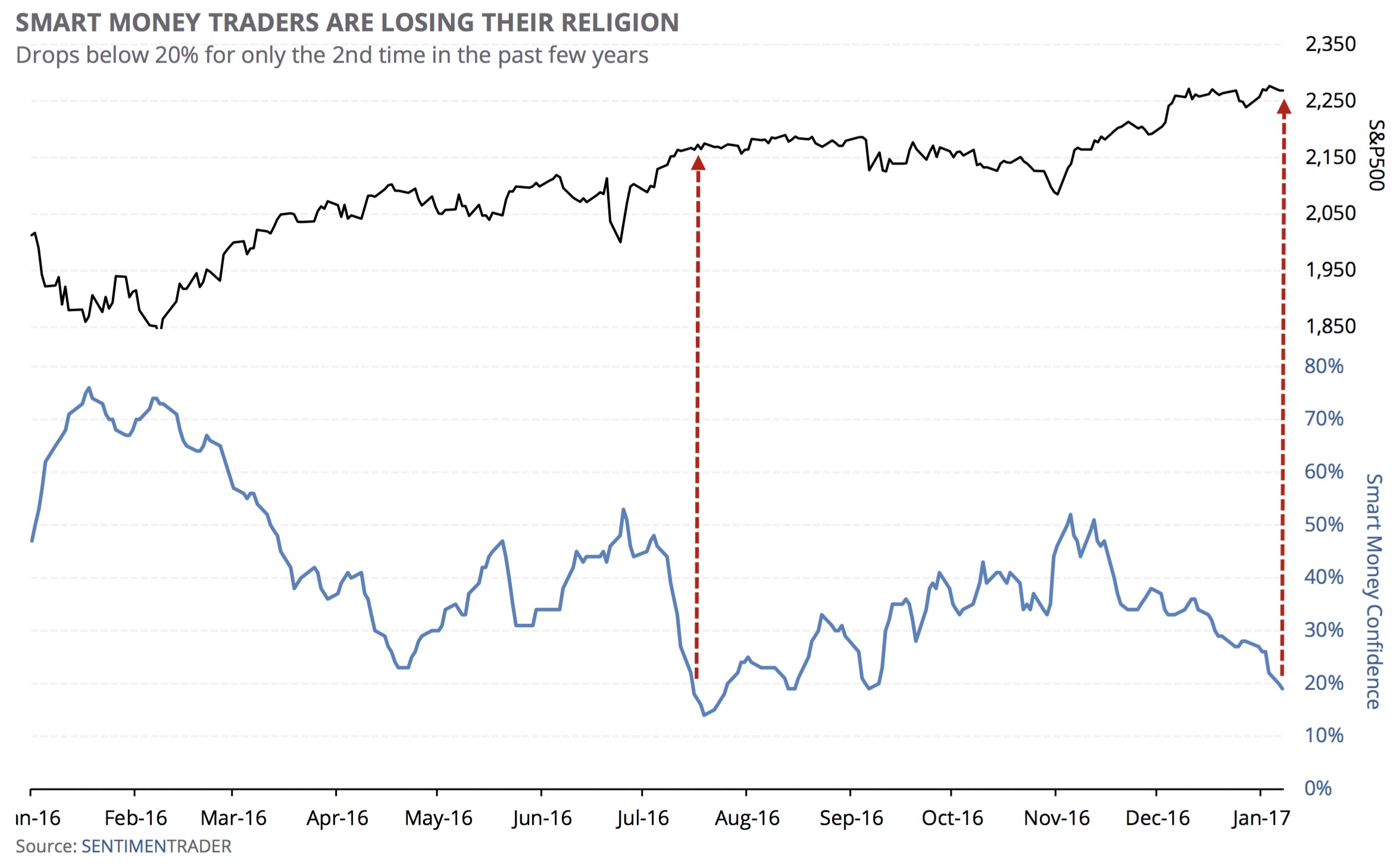 Those days were clustered into 7 distinct time frames, shown on the next page when the Smart Money first dropped below 20%. We can see that even using that first day as a trigger, stocks showed a positive return three months later only 1 out of the 7 times. The thumbnail charts show how any further short-term animal spirits were beaten back quickly enough and led to those gains being erased during a subsequent pullback.

EXCLUSIVE: Alasdair Macleod – Why A Big Correction In Gold & Silver Will Not Happen And Despite Pullback, A Spectacular Short Squeeze Will Unfold Because Of This Game-Changing Market Shock