On the heels of the Dow rallying more than 1,000 points along with gold and silver, today James Turk told King World News that the price of gold should hurdle $1,700 within days, but this will be the big surprise.

April 6 (King World News) – James Turk:  “This chart of Jun’20 gold futures is powerful, Eric. It’s the chart I mentioned in our KWN interview that you just posted on the weekend. My experience has been that head-and-shoulder patterns are usually reliable. The chart pattern is not yet complete. That won’t happen until gold hurdles above the neckline around $1680 or so. 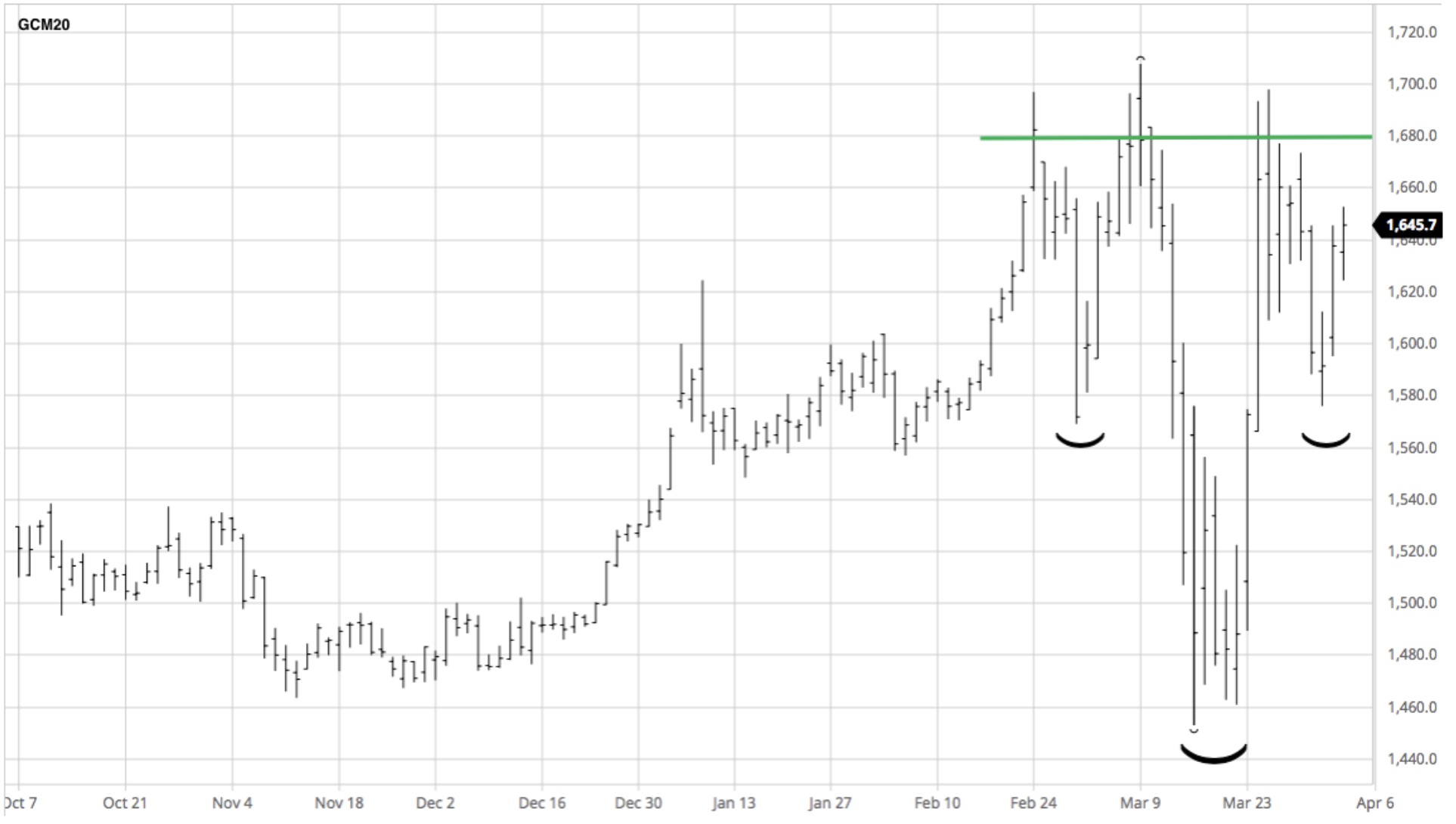 The Big Surprise
Nevertheless, though incomplete the pattern now being formed is communicating a clear message. Gold is forming a huge base of accumulation, and bases like these result in higher prices, which signals the margin liquidation in the gold market has ended. Looks like it should only be days before gold hurdles $1700. But the big surprise for investors will be that when this happens the gold market will see new record highs above $1910 very quickly…

The head is usually formed at a selling climax, and we just went through one of those. The recent low in the gold price was reached as a result of liquidation and forced margin selling as a consequence of too much debt in our world’s over-leveraged financial system. The low in the gold price was not the result of any deficiency or problem with gold. Gold is still a safe haven because physical gold does not have counterparty risk.

Gold Starting A Historic Rise
Looking again at the chart pattern, at the moment the right shoulder is being formed. Again the price movement captured in this chart reflects what’s happening with investor psychology. As I mentioned earlier, the forced margin selling has ended. Gold has not made a new low and is starting to rise.

Now that investors once again have liquidity in the form of US dollars and other fiat currency, they are asking themselves what is safer: Physical gold with its 5000-year track record? Or fiat currency that is likely to see an accelerated rate of debasement in the months immediately ahead? Owning physical gold and silver in my view is the safer alternative.”

ALERT: As Dow Breaks 21,000, Here Is A Major Warning Stocks Are About To Reverse

This Will Devastate People All Over The World