As the world anxiously awaits the outcome of the Brexit vote in Great Britain, here is a note from one of the legends about how to survive the coming financial hurricane.

(King World News) – Here is an important note that KWN published last year from legend Richard Russell:  “I’m sticking to my new thesis, that wealth trumps income. To translate, if you have enough wealth, you don’t need to gamble on items that hopefully will provide income. It all has to do with my philosophical argument, which questions why we need more and more. Can’t we be happy with what we’ve got?

The other half of my argument involves peace of mind. Again, I insist that peace of mind is the most valuable commodity you can possess. Speaking of peace of mind, I note that gold minus the L spells God. And minus the G it spells old. It’s interesting that Russia, China and almost every central bank are now buying gold. And I wonder: is their gold a hedge against a future collapsing dollar. 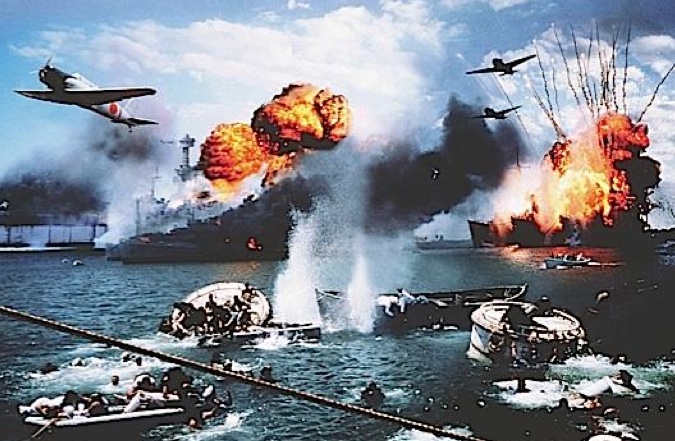 World War II – I Wonder How I Survived?
Last night I watched a Ken Burns documentary simply titled, The War. The film showed how World War II affected almost every American family. In the early days of the war, the media was not allowed to show photographs of dead Americans. Life magazine broke the rule by running a full-page photograph of three dead Americans, face down in the water, at the Normandy landing. Nobody knew who the three dead soldiers were. Later, bodies were collected and buried in mass graves near the coast of France. The photo had the effect of moistening my eyes, and once again I wondered how I came out of the war alive.

Avoid Anxiety
I subscribe to Louise Hay’s three laws: I am always safe, I hear what I need to hear, and I receive whatever supplies I need for each particular day — no more and no less. Of course this jibes with the new rule of mine: the past is gone, and the future is unknowable. So I live for today. When you think about it, all anxiety and fear have to do with what may occur in the future. But since the future is unknowable, staying in the here and now is an excellent way of avoiding anxiety.

When A Hurricane Strikes
I want to leave a last thought to my subscribers. Wealth trumps income. If you possess wealth in the form of silver and gold, you’re in good shape for what comes up. There is nothing wrong with standing still and holding on to a lamp post in the face of a hurricane. That’s where you are if you are sitting with silver and gold at this time.”