With so many people unemployed around the world, particularly in industrial nations, further complicating the already bleak unemployment prospects it now appears that the global elite are moving to make human beings obsolete.  Also included below are 4 of the most shocking charts of 2015!

The following charts are from the Wall Street Journal.  The first chart below from WSJ shows the number of industrial robots in operation worldwide, in thousands.  Notice the dramatic increase in the use of robots that is expected by the year 2017. 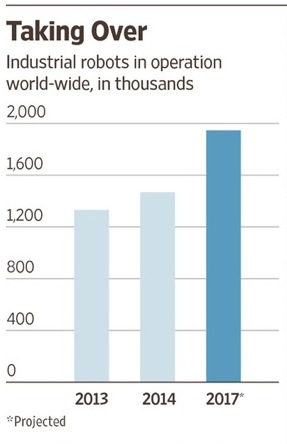 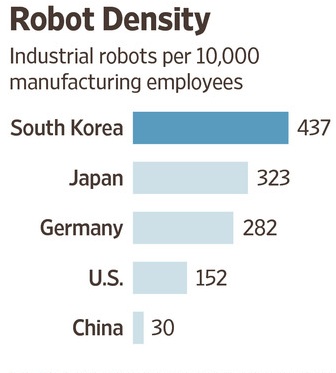 The third chart below from WSJ shows that the largest number of industrial robots are in Japan, with the United States in second place.  China, South Korea and Germany are in a virtual tie for third place. 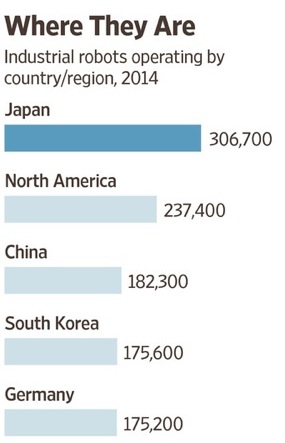 The fourth chart below from WSJ shows the breakdown of the use of industrial robots by industry in the United States. 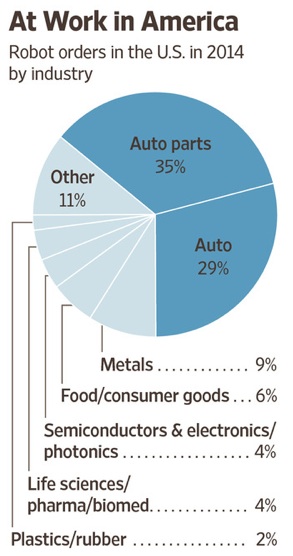