Gold
By Michael Oliver, MSA (Momentum Structural Analysis)
May 3 (King World News) – In our April 26th report we said that a daily close by Friday the 28th at $1267 should be sufficient to get a daily upturn underway.  We were wrong.  Gold closed Friday at $1268 and still rolled over again.  Now reassessing.

First, if today remains capped and sedate, then the momentum upper standard deviation band will drop below the zero line for tomorrow—an oversold signal. 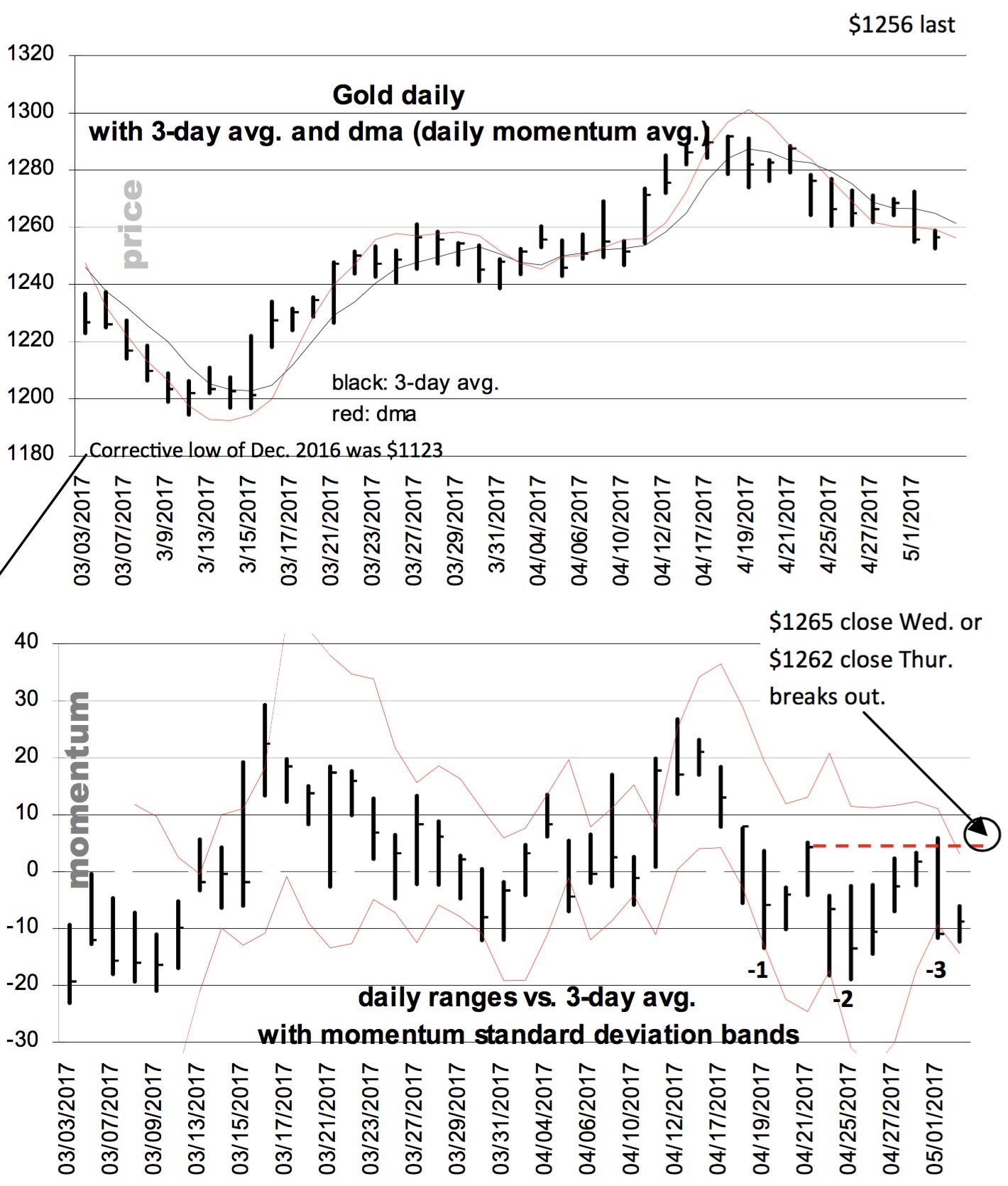 Second, the two minor protrusions out above the zero line/3-day avg. now define a minor ceiling structure.  Close over them, and that should uncork a rally.

Third, since the April 12th momentum peak readings, there have been three definable down legs, including the one of yesterday and today.  Three is usually all you get, regardless of the time-scale of measurement by momentum.  Also, this third leg of daily momentum drop is not confirming.  Meaning the new price chart lows for the decline aren’t being matched by new lows in daily momentum.

Putting all the above together suggests that if the red horizontal across the momentum action is closed above, then a rally is underway.  And if it occurs from around here, then it’s occurring from the level that MSA identified using gold’s weekly price back in early April, namely, a weekly close credibly above $1250.

Silver
Oversold (the upper SD band is below zero line for two days now) with a submerged box of momentum readings (see chart below). 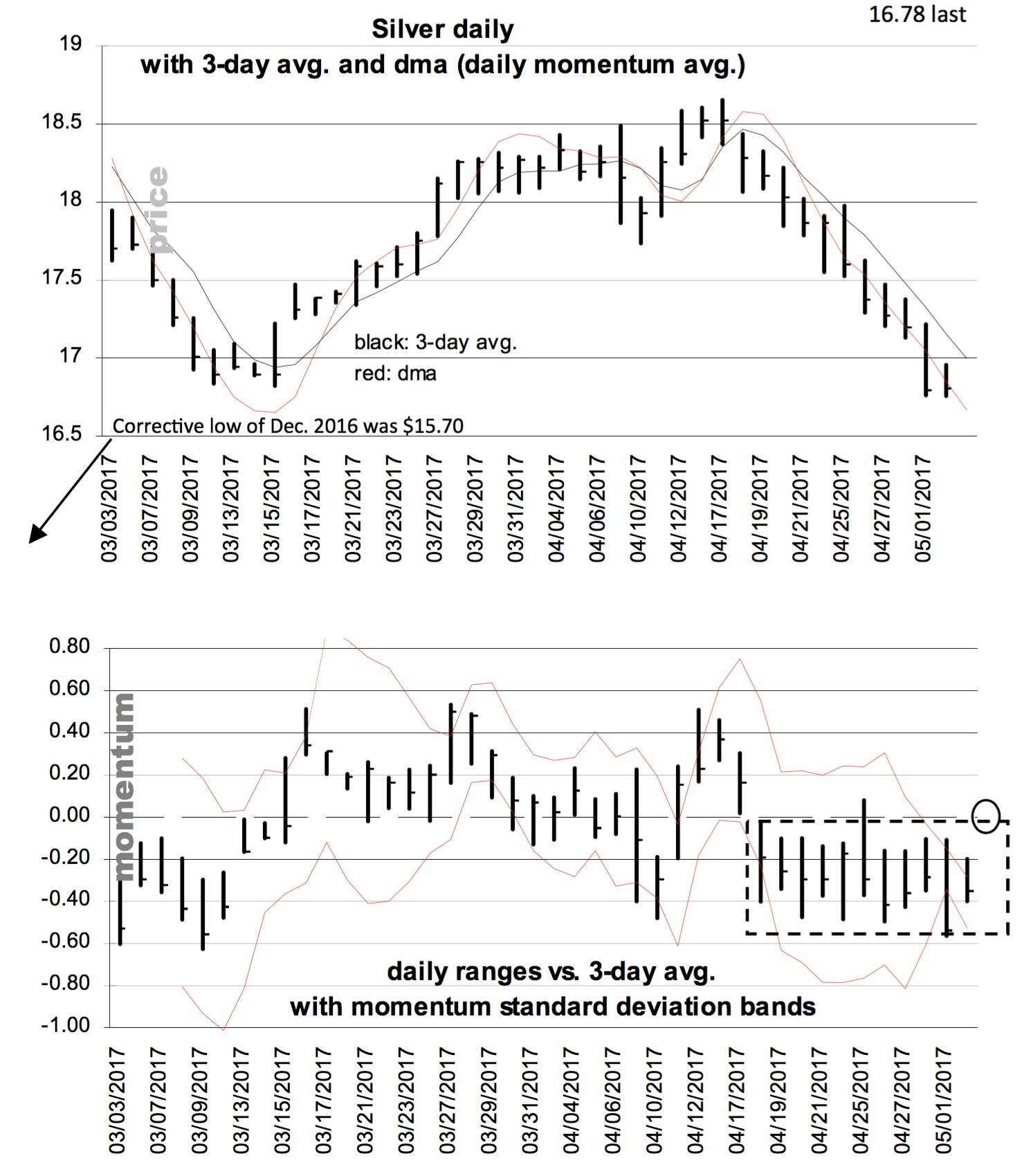 Eleven days below the zero line/3-day avg. with only one minor poke above that water level.  Like a submerged beach ball that’s suddenly let go, that’s usually how these emotional and protracted selling situations resolve.  Markets inhale and exhale.  This exhale, on a daily basis, is “extended.”

Closing a day over the zero line is probably enough to open up a rally situation.  The 3-day avg. tomorrow estimated to be $16.995, or for Thursday around $16.86.

King World News note:  Keep an eye on the numbers listed above that should trigger rallies in both the gold and silver markets.  For those of you who dollar cost average purchases on gold and silver, simply continue to purchase on your normal dates and don’t try to time these markets.  In other words, stick with your game plan.

***ALSO JUST RELEASED: Here Is Another Take On The Plunge In Gold & Silver, When The Mighty Are Fallen And Bernanke’s Arrogance CLICK HERE.