It looks like contagion is already spreading in the financial sector.

The following is from a Bloomberg piece that was just released today:

Bloomberg:  “Bond investors appear to have placed their faith in commodities exceptionalism, with many positing that the recent pick-up in U.S. default rates will defy historical trends and remain confined to that industry. 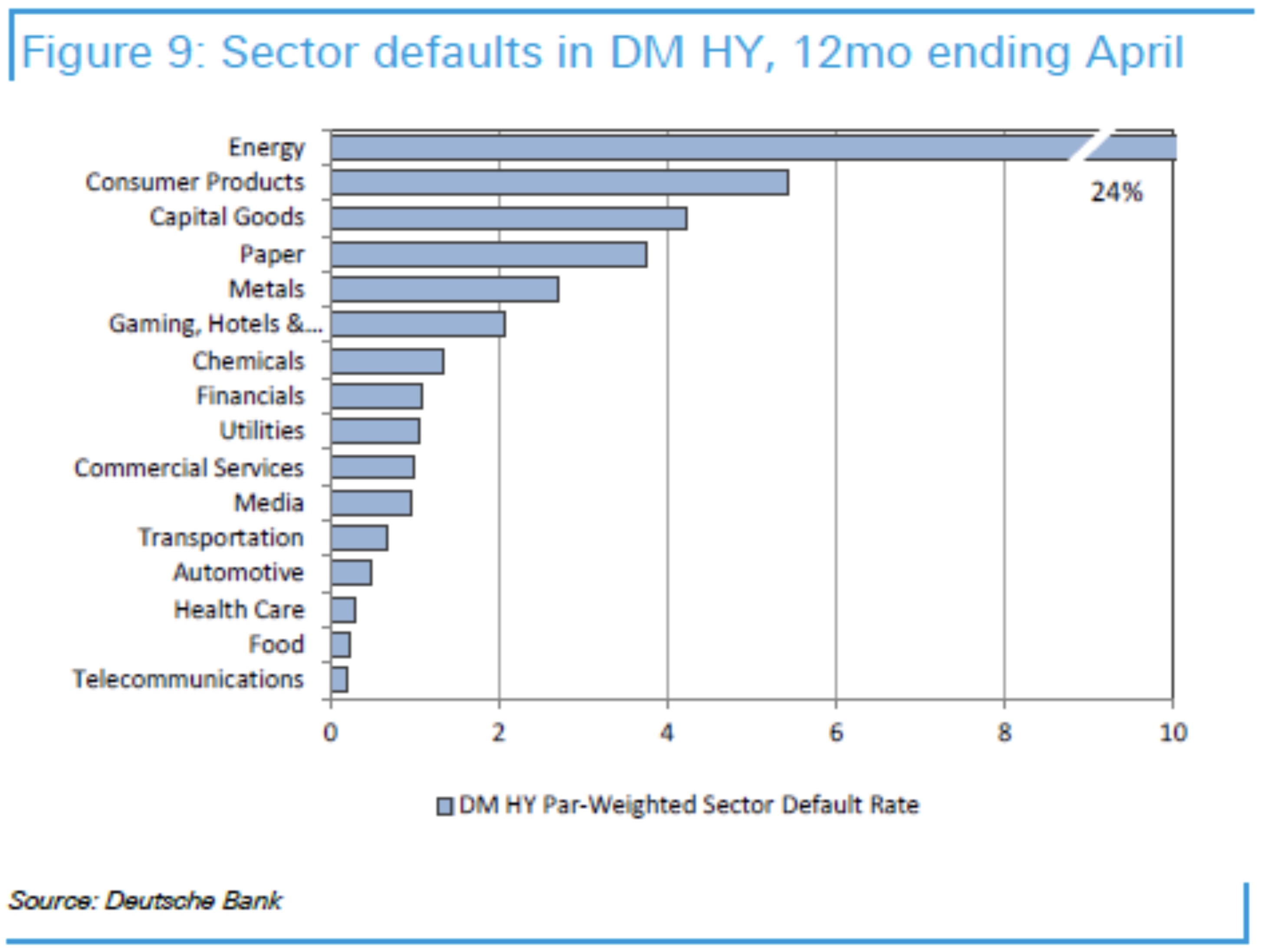 New research from Deutsche Bank AG pours cold water on that idea, arguing that there are already signs of contagion in junk-rated debt outside of the commodities space.

“Default cycles of the past have never been about a single sector, or small group of sectors,” Oleg Melentyev and Daniel Sorid, Deutsche credit strategiests, said in the note. “Yes, cycles were always driven by concentrated distress but they always found their way to affect other areas of the market.”

“A frequent argument is being made here how all problems are going to stay limited to commodity sector,” the analysts concluded. “Evidence like this, coupled with emerging credit pressures in retail and capital goods sectors, suggest a contained cycle to be a weak starting assumption.”

“According to a Houston law firm, as reported by the Wall Street Journal, at least 300 more energy companies are in danger of defaulting or declaring bankruptcy. That’s what’s scaring potential investors.” — Jason Goepfert

King World News note:  Look at the stunning chart below from SentimenTrader that shows debt defaults are starting to go parabolic in the energy and oil industry! 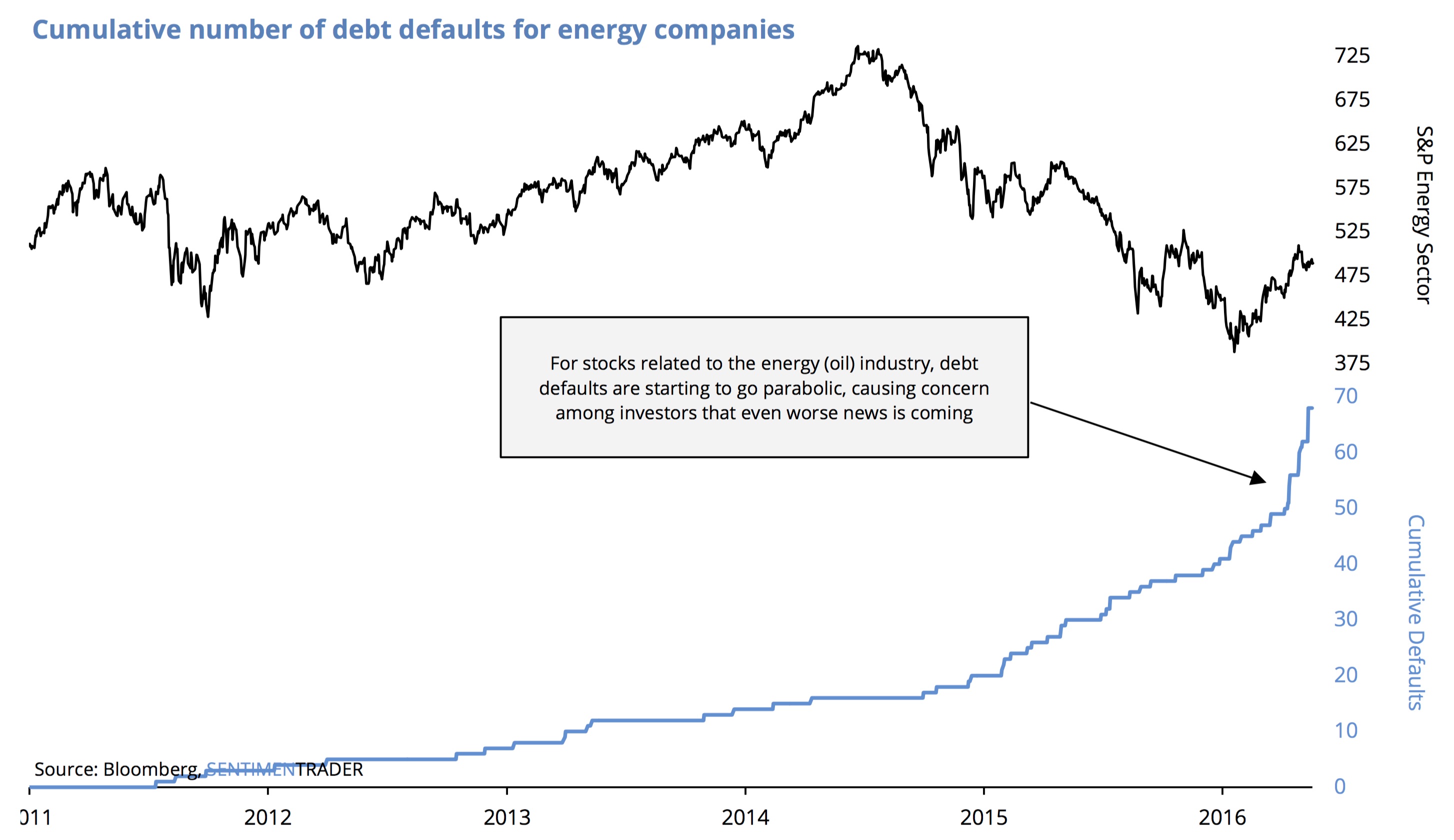 King World News note:  The all-important question is, how much instability will this cause in the derivative space, banking sector, and thus the global financial system?  Only time will tell.

For anyone who would like to read the full piece by Tracy Alloway at Bloomberg you can do so by clicking here.

***Also just released: Legend Makes A Terrifying Prediction Plus A Chart That Will Blow Your Mind! CLICK HERE.