There have been some major changes in commercial trading in gold, silver and the U.S. dollar. 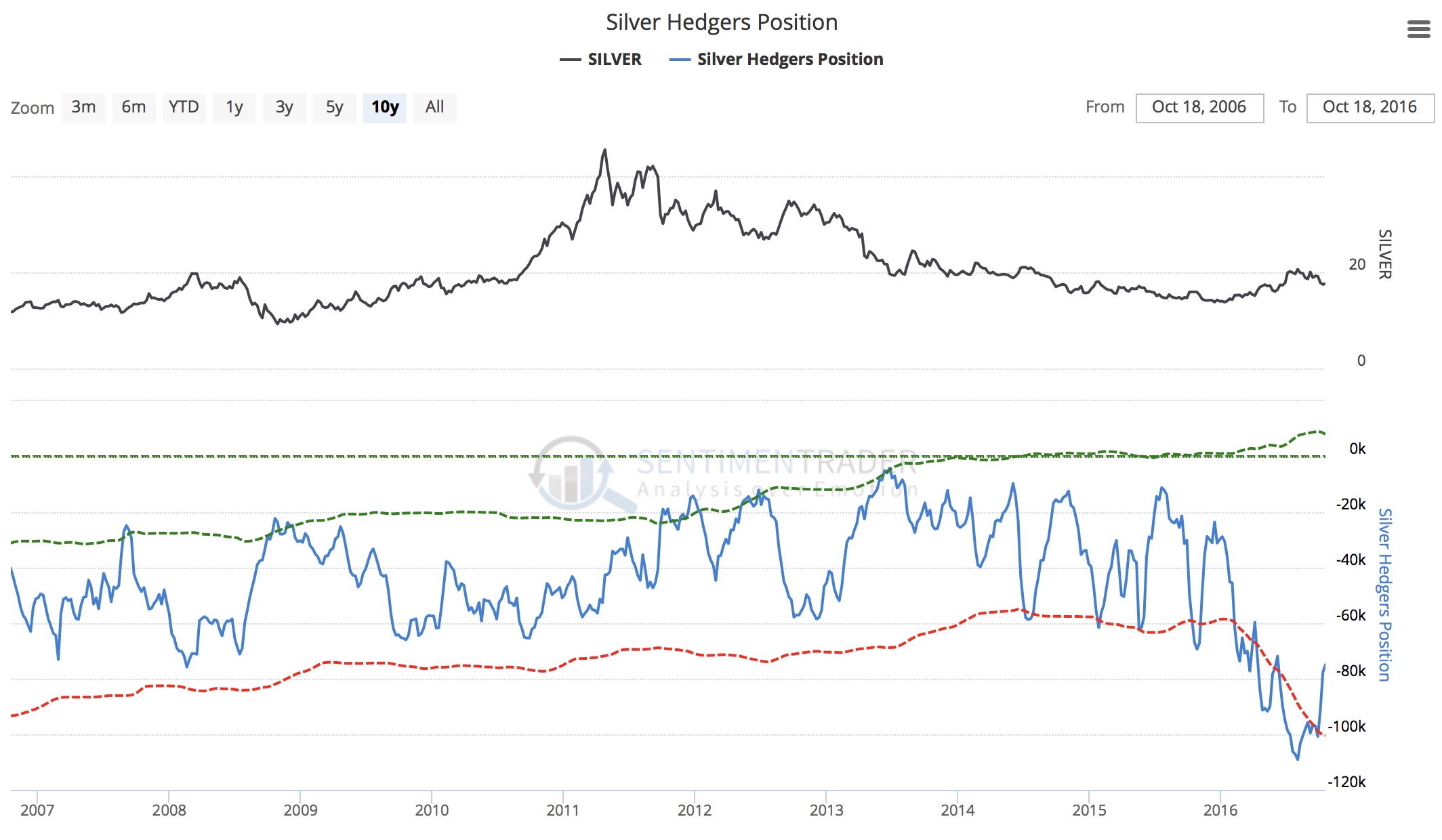 The commercial shorts still remain at a level that raises concern.  However, that does not mean that the price of silver cannot head significantly higher in the short-term.

King World News note:  Below you can see the commercial hedgers position in the gold market.  Note that commercial hedgers have continued to dramatically reduce their short positions on the recent takedown in the price of gold (see 10-year chart below). 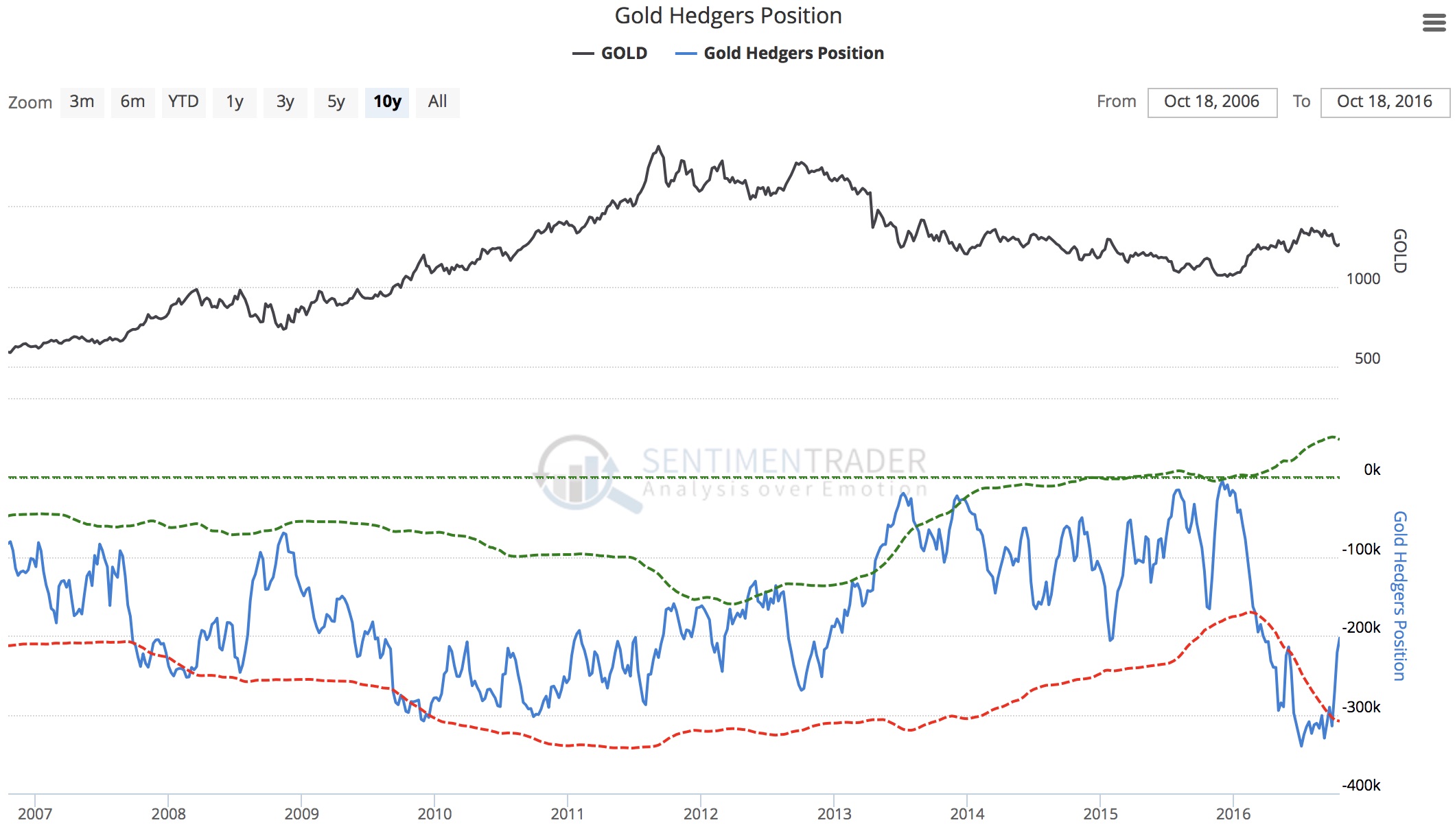 King World News note:  Sometimes it’s important to take a step back and look at the big picture in the gold market (see fascinating 23-year chart below). 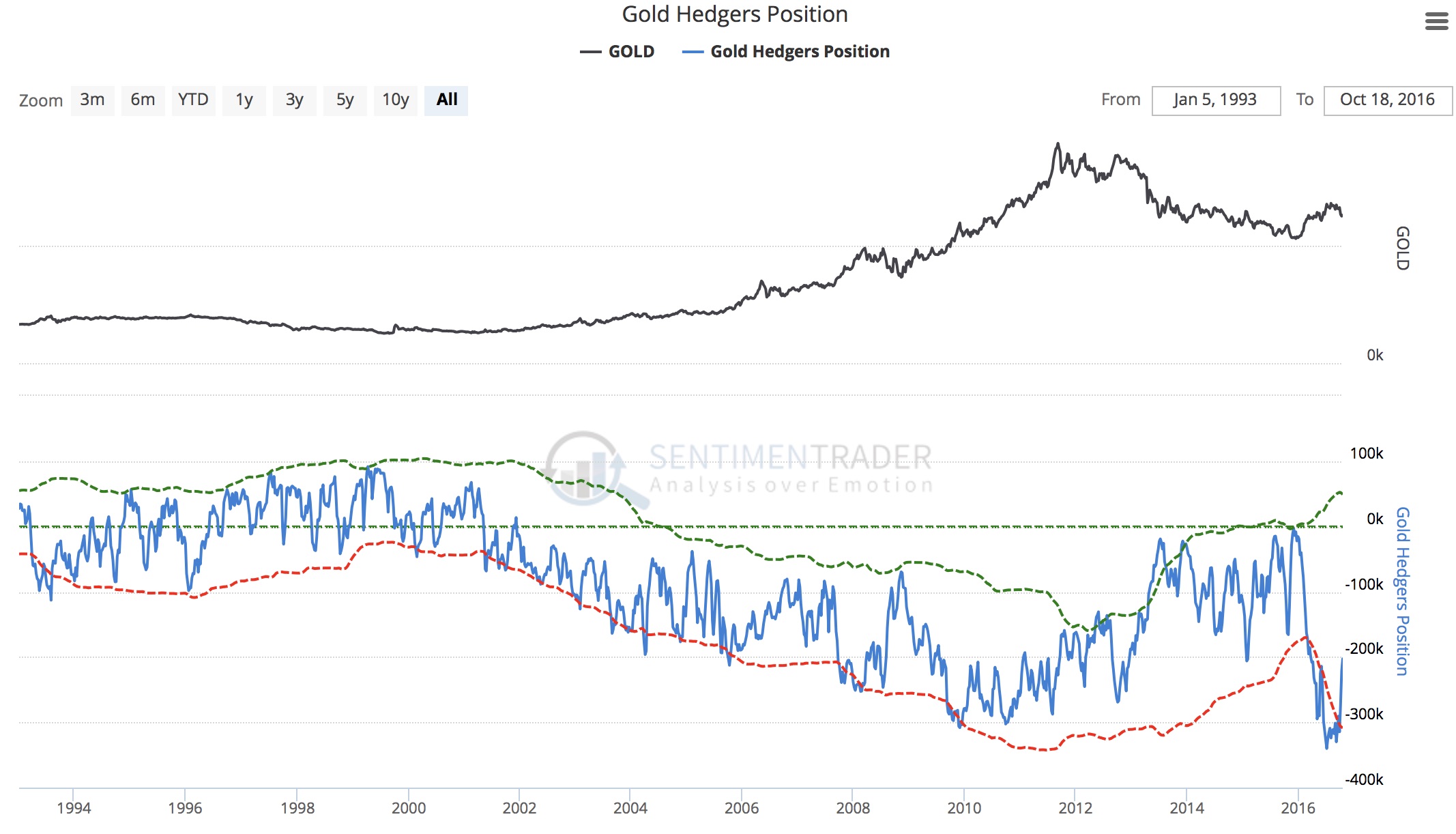 King World News note:  Below you can see the commercial hedgers position in the U.S. Dollar.  Note that commercial hedgers have continued to add aggressively to their short positions on the recent rally in the dollar (see 10-year chart below). 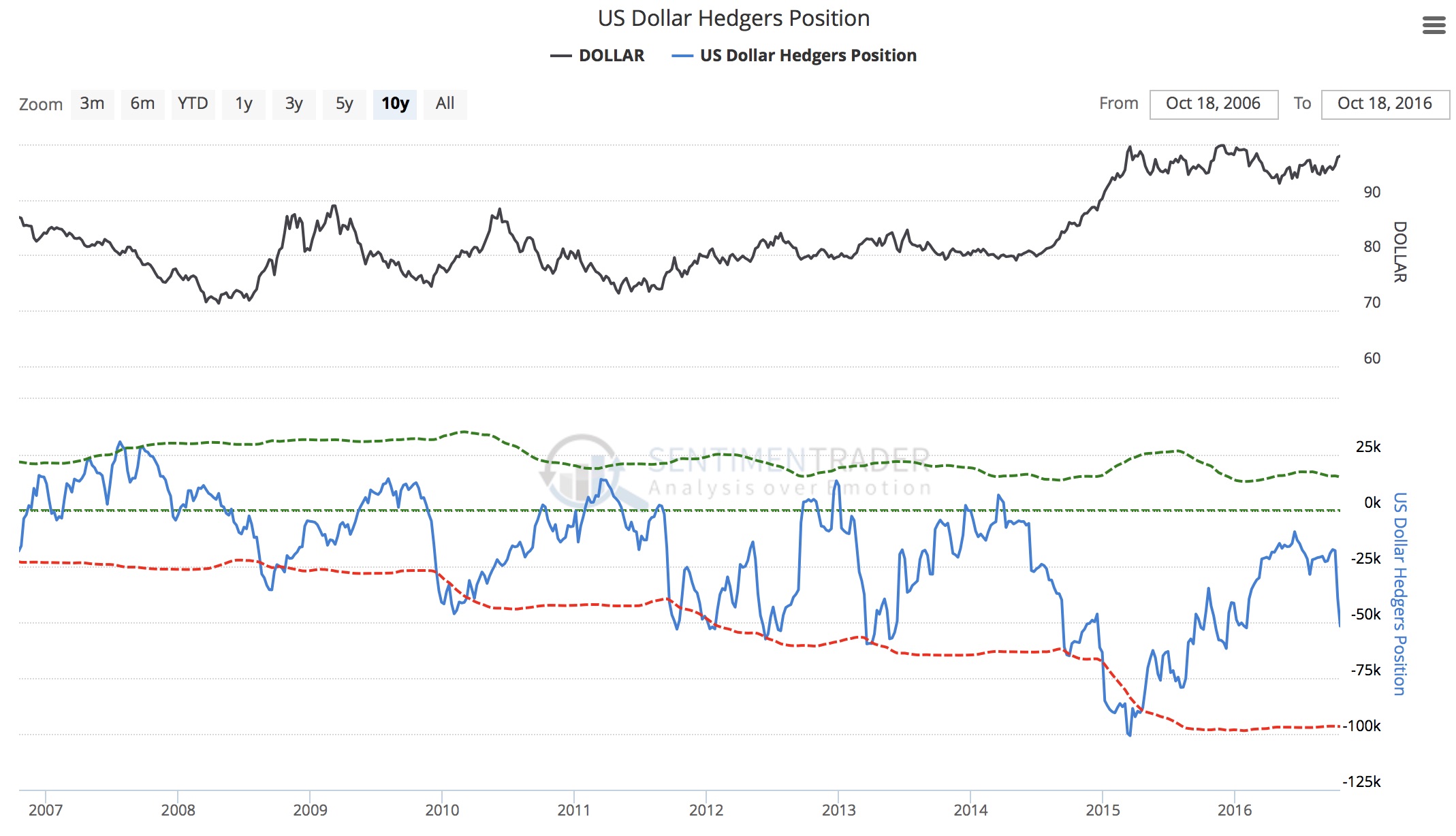 ***ALSO RELEASED:  If You Are Worried About The Action In Gold & Silver, Just Read This CLICK HERE.